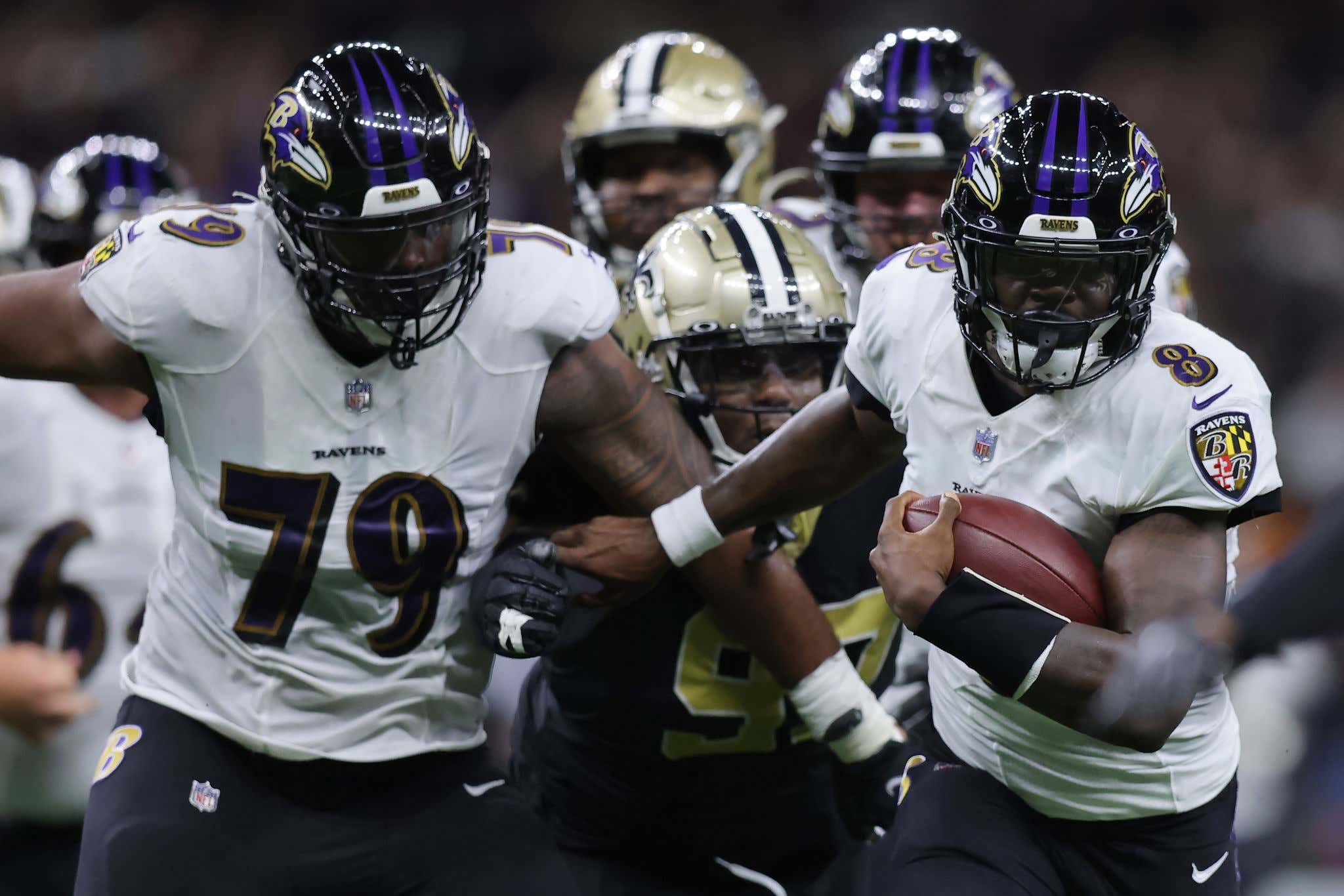 That's what the Ravens are playing right now. They've been absolutely dominating teams on the ground and now their defense is looking downright scary too. We knew the Roquan Smith trade was a big one, but the rest of the cavalry on that side of the ball is getting healthy. Tyus Bowser has quietly been one of the Ravens' best defenders the last two years and he made an immediate impact in his return tonight. Justin Houston has been on and off the injury list but he seems to be getting right and made hella plays tonight.

This is nowhere near the defense that we saw completely lose its way against Miami and fail to get much needed stops down the stretch against the Bills and Giants. Since losing to the Bills, they've given up 19.2 PPG and 290 YPG in that 5 game stretch. Those averages would rank 8th and 3rd as they relate to leaders for the 2022 season. That's the kind of stuff we had expected from this unit coming into the year and now we're seeing it.

On the other side… no Mark Andrews? No Rashod Bateman? No problem. This team has been SHOVING on the ground since halftime last week in Tampa. After a slow start to the year against the Jets, the offense has reeled off 8 straight games with over 150 yards on the ground. As I type this they're closing in on going over 200 on the ground in 4 out of 5 games (update, they came up just short but whatever). That's 2019 Ravens type of stuff. Dominant, ball possession football that suffocates and wears down the opposition. Lamar is still missing throws here and there and he's got Devin Duvernay and James Proche as his top two receivers, but they really haven't needed to thrive in the passing game to have success offensively. They're kicking teams teeth in with Lamar playing his C game. THAT's scary stuff. Once he gets it going, look out. This is the type of physical football that can dominate in January and February. They just gotta keep pushing forward and… ya know… do it.

Ravens move to 6-3 and have control of the AFC North. The bye week comes next, where Mark Andrews gets healthy and then comes back full force to tag team with Isaiah Likely and make lives hell in the 2nd half. The schedule is absolutely cushy the rest of the way. Panthers, Jags, Broncos, Steelers, Browns, Falcons, Steelers aren't scaring anybody. The Ravens just may run the table in that stretch and make Week 18 in Cincinnati meaningless.

Things are looking up. Revenge Tour on everyone who danced on our graves last year is in full swing. Buy a shirt or a sweatshirt while you're at it.