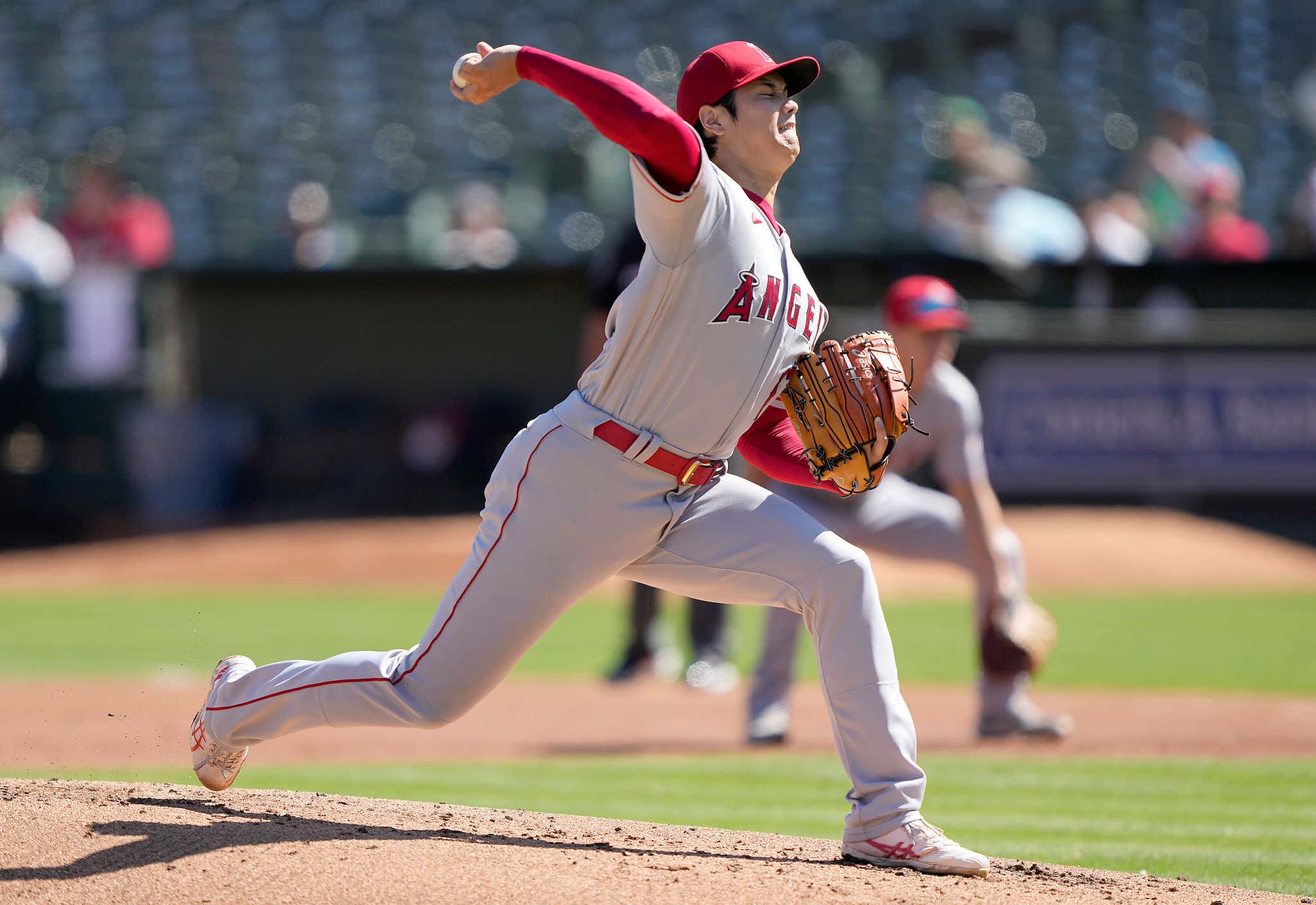 The GM Meetings are off and running in Las Vegas right now and the first big piece of news we've received is that Shohei isn't going anywhere this offseason. This comes just a few months after where there were reports that said the Angels were indeed listening to offers on their prized two way superstar.

The thing is at the end of the day Arte Moreno has to okay a trade while also trying to sell the team. Kinda seems unlikely. It seemed like with the Nats impending sale this offseason that getting rid of Juan Soto was a priority so the incoming ownership wouldn't have to deal with that mess. The plan here, however, appears to be to stick with Ohtani in the immediate which means one of three things.

1) The Angels are confident they can agree on an extension with Ohtani as he enters his final year under team control.

2) The Angels have no idea what to do with Shohei Ohtani.

3) He's lying and Ohtani will in fact be traded this offseason because these kind of people lie all the time about their plans.

I'm kind of leaning towards option two based on past experience watching them try to be a competent organization. They've had Ohtani and Trout on the same team and can't find a way to sniff the playoffs. They invested a shit ton of money in Anthony Rendon, who pretty much has no interest in playing baseball. They refuse to address their pitching worries. Now Ohtani is nearing free agency and their organization is going nowhere fast.

So do you trade this once in a generation player for a boat load of prospects that can kickstart a full rebuild? I mean you can easily get 4-5 top of the line blue chip guys without even trying. By doing so you're letting go this face of the franchise player who everyone comes out to see on a nightly basis. It's fucking tough, but giving him a $300+ million deal will basically prevent you from any success moving forward, as things stand now. You could just lean on people coming out to the park to see him do his thing while recognizing winning is never going to happen. Not the easiest sell to Shohei though.

I think if you're gonna actually extend Ohtani this offseason, which you better if you're not trading him, you need to trade Mike Trout. His value isn't what it used to be, but the most important thing would be dumping the remaining 8 year/ $283 million onto someone else. End the Mike Trout era and use his money to not only pay Ohtani but to build out a real rotation and a working bullpen. Some of these guys are serviceable, but there needs to be a bigger effort invested into the pitching.

Arte Moreno said he was selling the team in a statement during last season, but hasn't said a word since. Is the plan for them to try to win still? My guess is not trying to trade Ohtani means yes, but if they can't come to an agreement on an extension they HAVE to trade him at the deadline in 2023.

What the hell, it's the Angels no one knows what the fuck is going on.