Saturday night I was lucky enough to get to catch one of my favorite bands, The 1975, at the brand spanking new MGM Music Hall at Fenway right smack dab next to Fenway Park in Boston. (Thanks Matty & Live Nation)

When this project was first announced I had no idea what they were talking about. The parking garage across from center field was going to turn into a music venue? What? How? Right next to The House Of Blues? It made no sense.

But as soon as I pulled up out front I could tell they knocked this place out of the park (no pun intended). 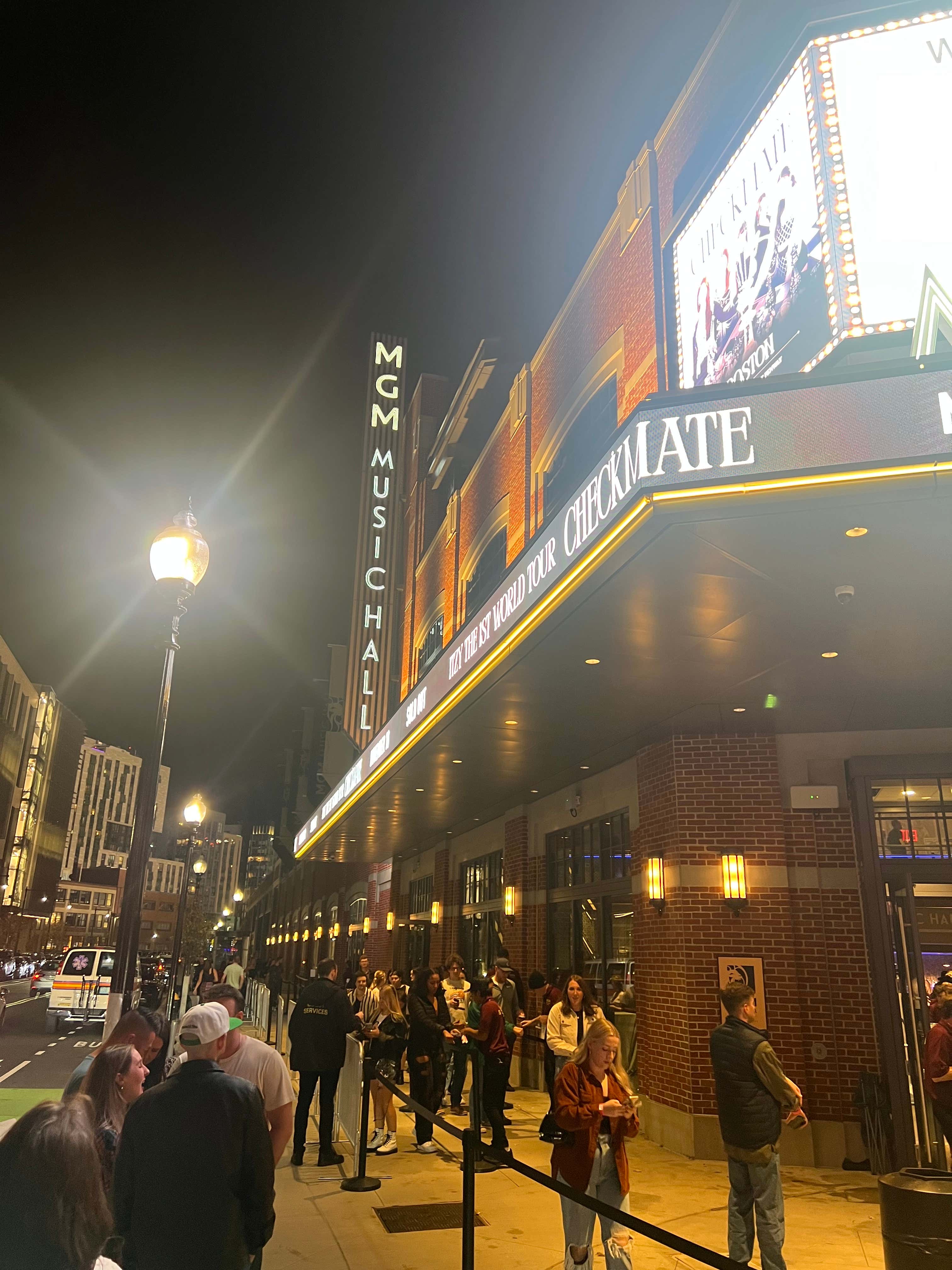 If you look at the pic up top of the marquee and front, it looks amazing.

Upon walking in the front door you’re greeted by a giant bar in front ran by some of the fastest bartenders I’ve seen at a live event venue in my life.

Walking into the space there’s a grand general admission floor that looks like it holds 2,000-3000 people, with a beautiful front of house space perfectly located under the mezzanine/overhang.

Up top there are two balconi levels holding another couple thousand people.

It’s a unique shape, kind of a triangle (to fit the lot) with the stage at the point and the room expanding out. The balconies are perfectly situated right on top of the stage, the floor is on top of the stage, and there really isn’t a bad seat (or standing room spot) in the entire house.

While standing next to the front of house I met a couple who were also big fans of 1975. They were from Worcester and their sons were St. John’s guys so we hit it off. Turned out the guy worked for Clair Audio, the company who did the sound install in the space. They also did the new upgrade at Fenway Park. He used to work for Eastern Acoustics, which I knew was located in Whitinsville, MA, knew the company D&B Audio well, which we are upgrading our system at FWD to, so we clicked. He was telling me the nerd shit that went into the space and the design and the acoustics and I was eating it up.

All that shit out of the way, The 1975 took the stage around 8:30. The curtain dropped and we were shown what looked like a cutaway of a house from the 80s. Complete with organs, televisions, a drum set, and dozens of lamps and desk lights.

As the band came out on stage one by one, they took their spots, flicked on their lights, and picked up their instruments.

Matty Healy came out last, plopped on a couch facing side stage with a mic in front of him and slugged on a flask before breaking into the Intro from “Being Funny In A Foreign Language”.

The crowd erupted and I could tell these were 5,017 (full sell out capacity of the venue) die hards.

Healy was all over the place, pouring his heart out and really putting on a show.

Around 9:30 the show started to wind down. So I thought. I thought the band was leaving the stage to come back out for a quick encore but they actually changed outfits, changed the stage out (stripped it down), and all came back out for what ended up being an entire second set of the groups greatest hits.

It was fucking awesome.

I’ll post the rest of the tour dates below, as well as the Boston set list, and I can’t encourage you enough to go see this show if you’re able to. Great band, great music, and great show. You won’t be sorry you did. Trust me.

Being Funny in a Foreign Language: