I'm not saying that Jeff Saturday won't work out as the Colts Head Coach. I'm sure that Jim Irsay knows exactly what he's doing. I'm sure him hand picking Jeff Saturday, then tweeting it out from his Twitter account, was a well thought out, non-drug induced decision that he talked over with everyone in the organization. I'm sure the entire front office was on board with the decision, and there's nobody who is worried that Jeff Saturday's only coaching experience comes from a few years at a high school in Georgia.

But on the off-chance that Interim Head Coach Jeff Saturday does not turn out to be the Colts long-term solution at head coach, I wanted to offer Jim Irsay some help. There are so many great coaching candidates out there. I'm sure there are plenty of qualified football minds who would be very fit to lead the Horse back to the top of the AFC South. I'm not especially well-versed in who all of those candidates are, but I defintiley know some.

Ok, Jim, I'm going to run down some of the available candidates that I am aware of, and will let you know if they would make for an acceptable hire.

Give me a great big smile if you agree 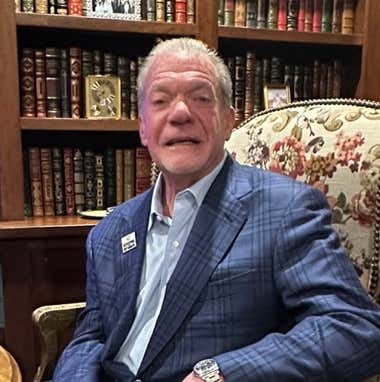 Awesome. Here's what I got. 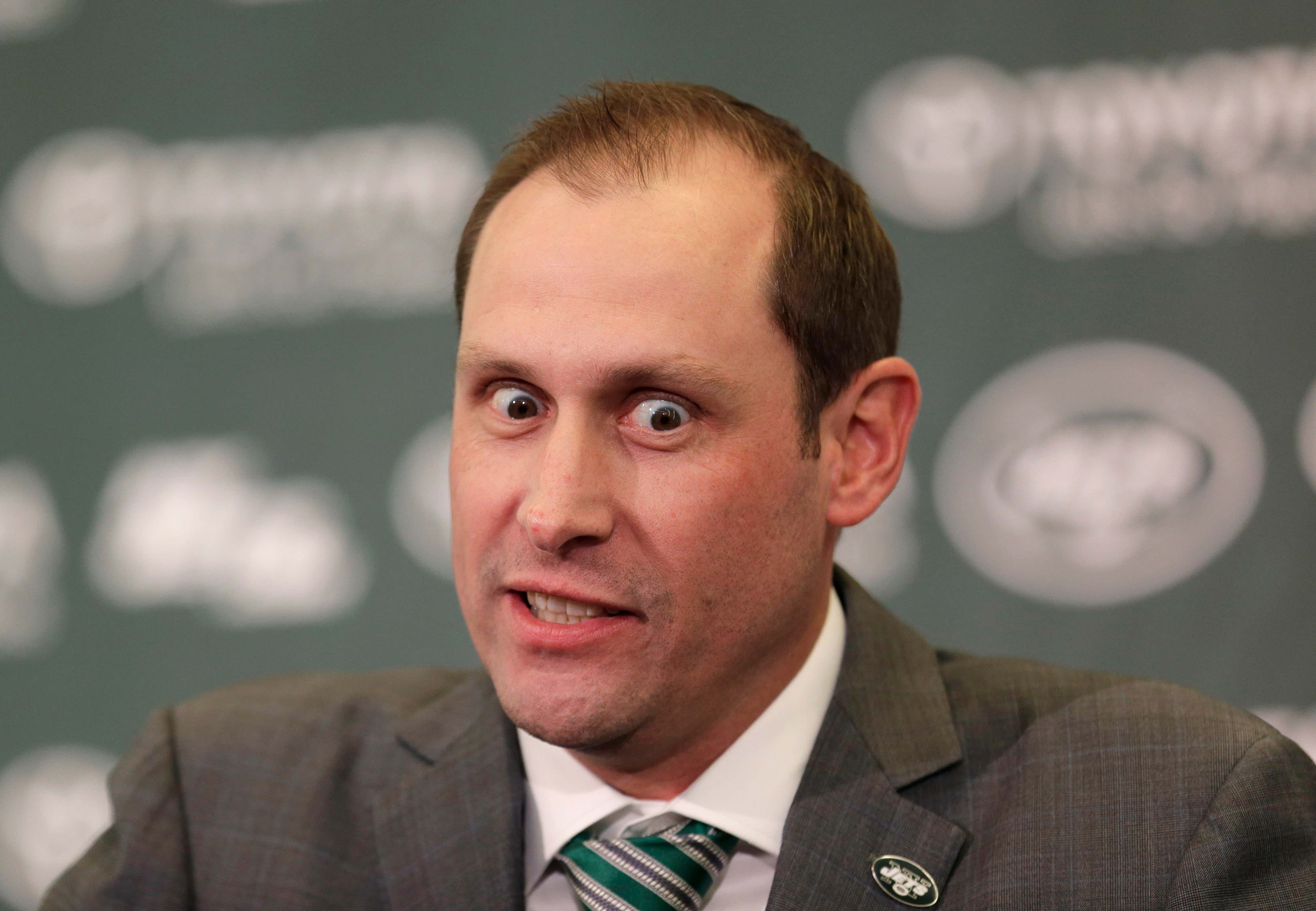 For the Love of god, do not even allow this man into the state of Indiana. Do not fall for the line he's going to give you about how he worked with Peyton Manning in Denver. The Broncos offense that year had nothing to do with Adam Gase. I have zero connection to the Dolphins or the Jets, but when I watched those teams play with him as their head coach, I felt personally victimized.

Plus, you just can't let someone with eyes like that hold a position of power within your organization. 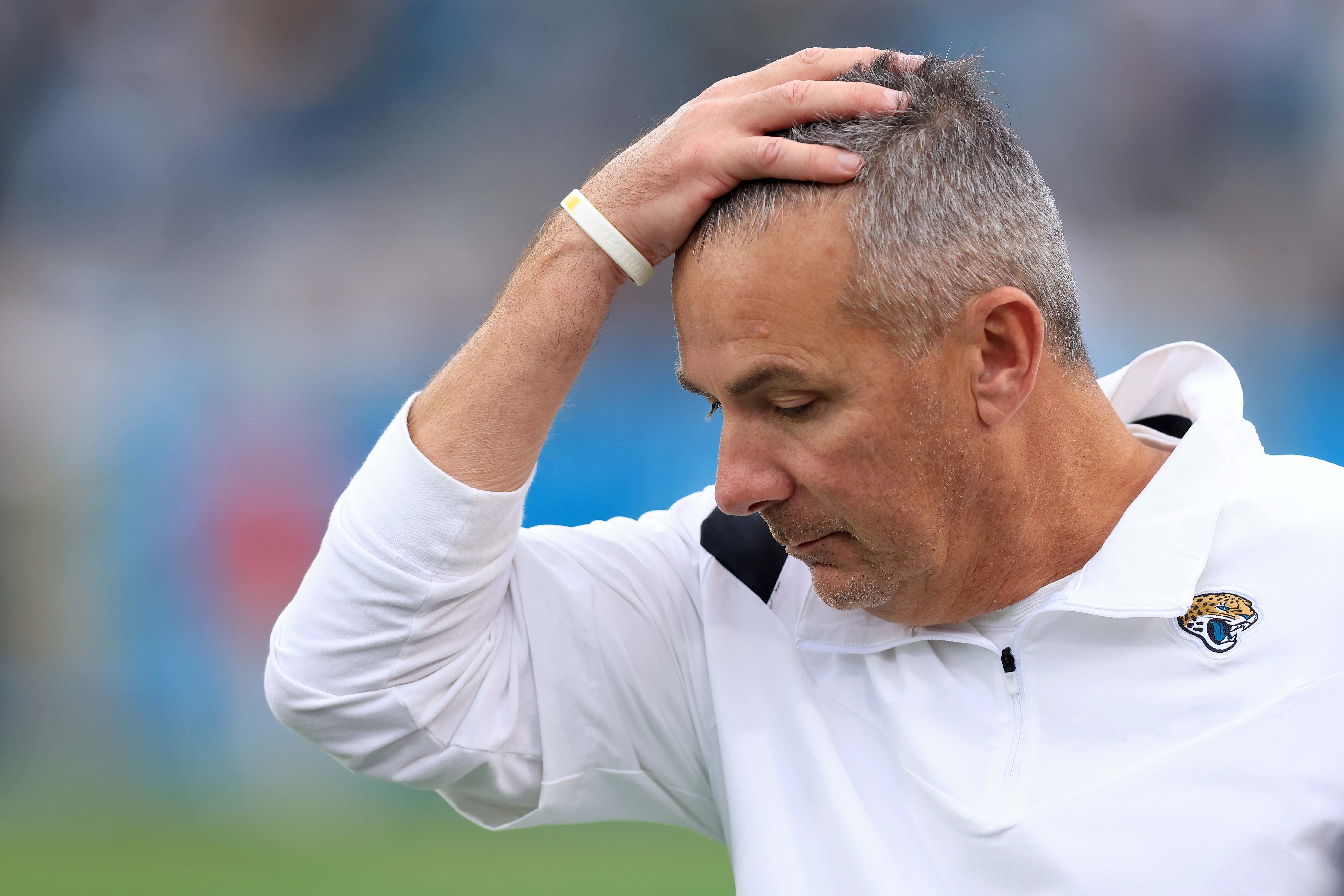 Every time I bring up Urban Meyer, I am obligated to bring up the time I hit a walk-off double off of his daughter in the Bowling Green Pee Wee league when I was 10 years old.

Much like that 35 mph fastball Gigi Meyer left out over the plate, hiring Urban Meyer to coach the Colts would be a bad idea. There is maybe nobody more under-qualified to lead an NFL team than Urban Meyer. He is a fantastic college coach, but he simply can't cut it in the NFL. In his only season as head coach of the Jaguars, Meyer made it through 13 games, and was fired by the team with a 2-11 record. Under no circumstances should the Colts hire Urban Meyer. 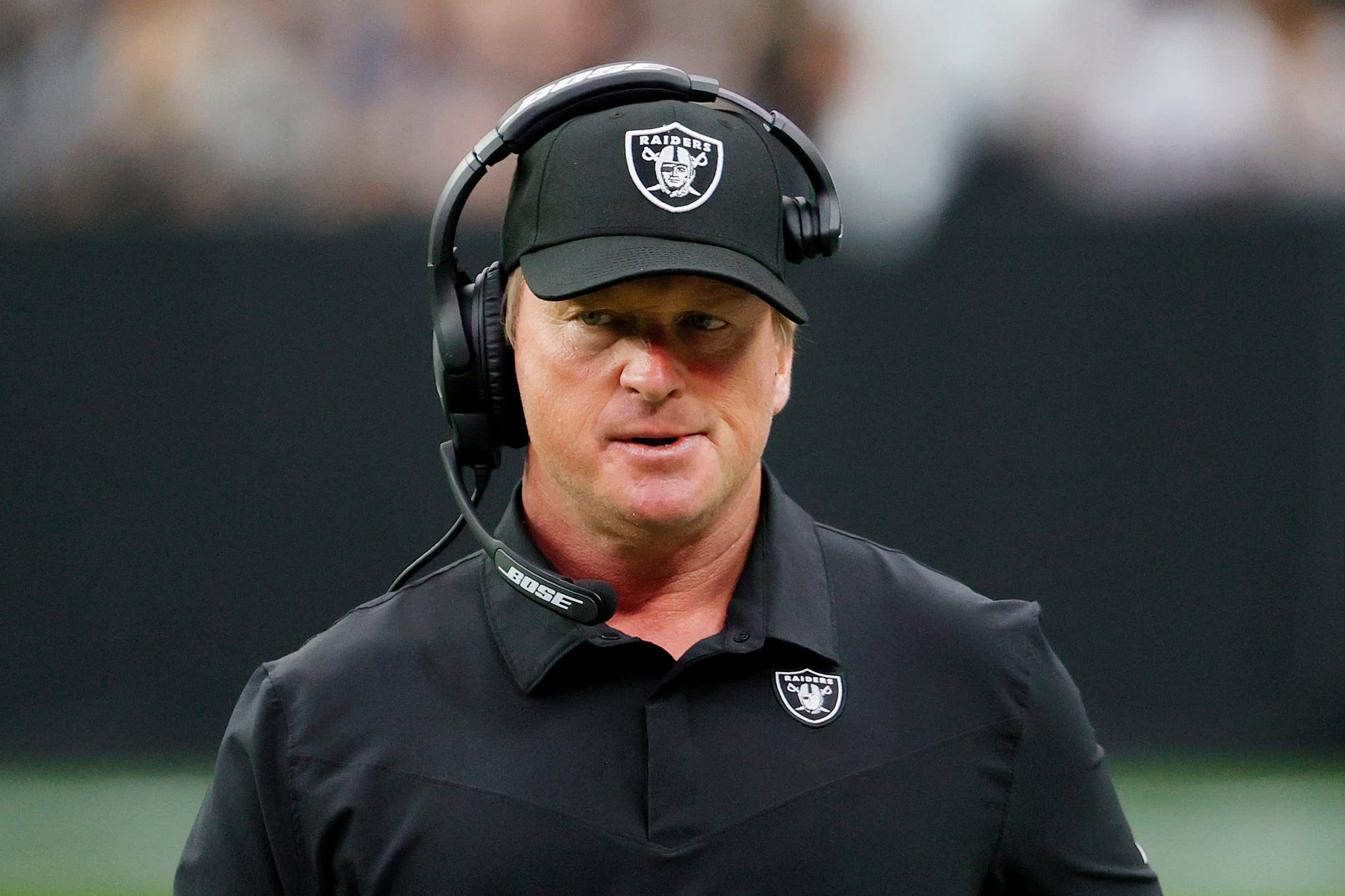 Much too problematic (racist emails), and might not even be a good coach. I saw John Gruden at The Arnold in Columbus, OH. The Arnold (named after Arnold Schwarzenegger) is the largest weight lifting competition/convention in the world (or close to it). I was walking around with an armful of free protein & pre-workout samples, I looked to my left, and was like, "Oh my, that's John Gruden." I should have gotten a picture with him, but I was too shy. It was right after he had gotten cancelled too. It would have been a pretty inappropriate time to take a picture with him. The Colts should not hire him as their head coach 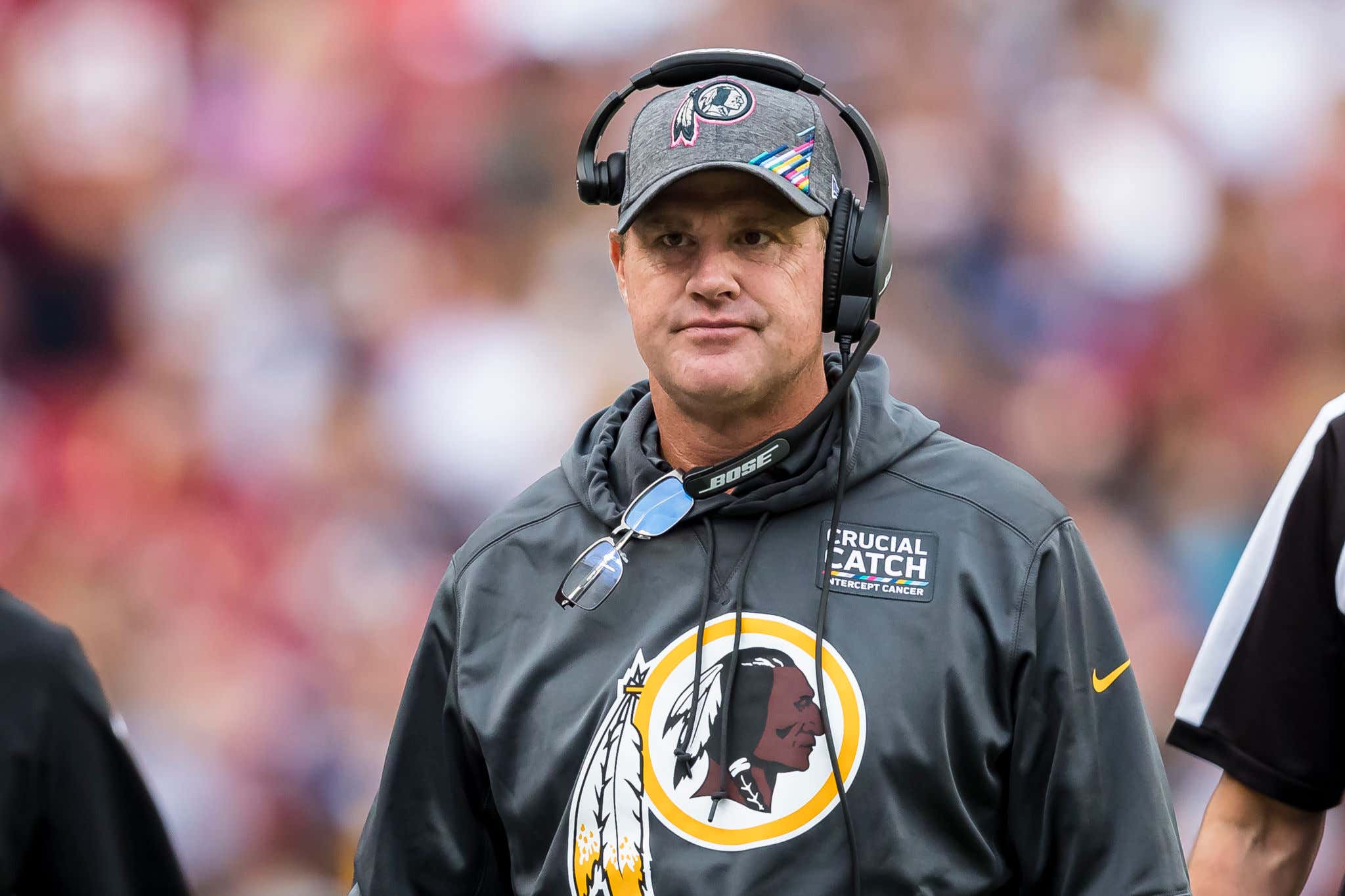 I disavow the Gruden family. Do not hire a Gruden to coach our football team. The more I consider the Gruden family, the more they seem like people who Jim Irsay would hire. I think he knows better than that, but at any given time, Jim Irsay is just a handful of Vicodin away from pulling the trigger 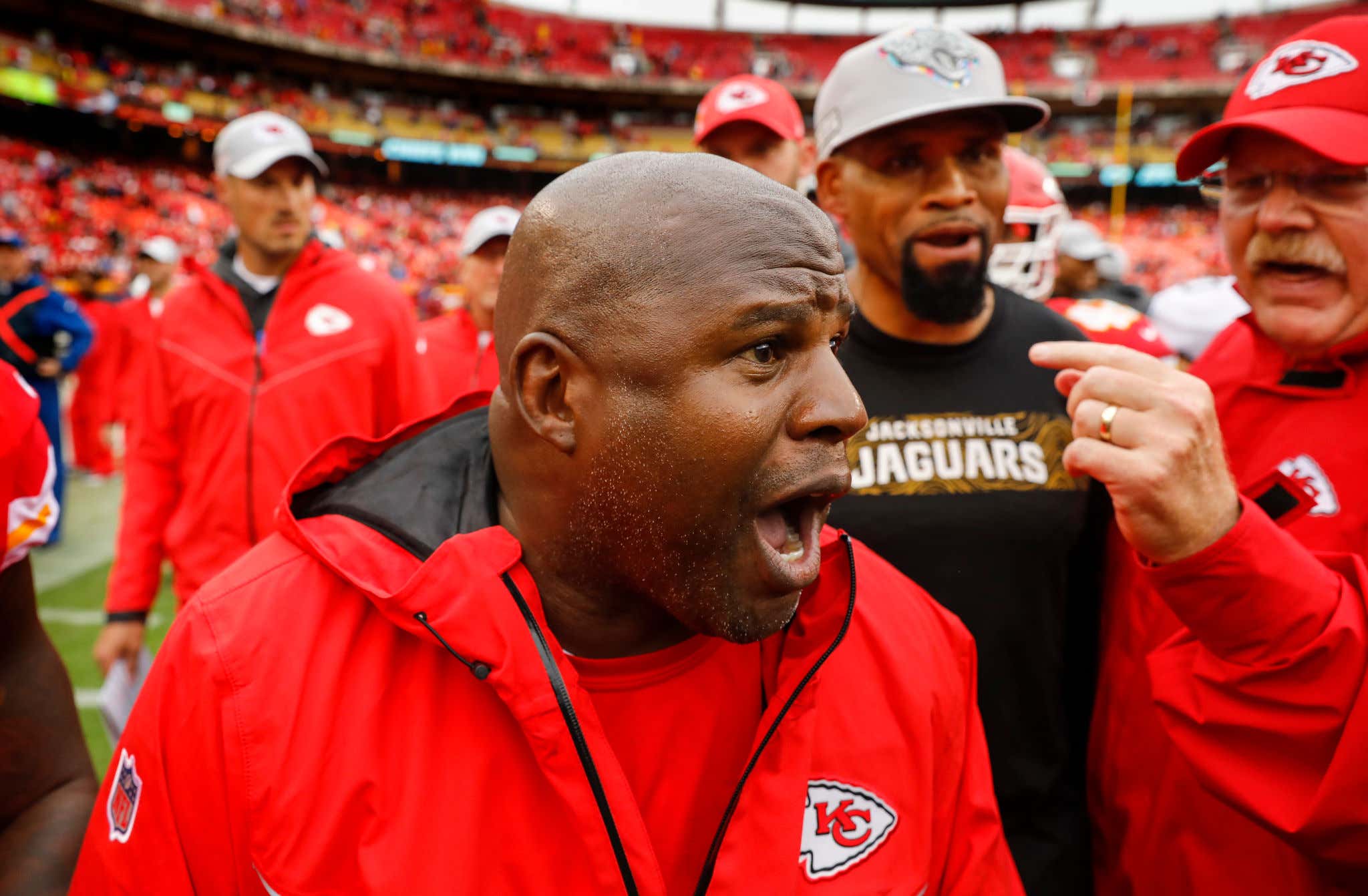 Up until about a month ago, I would have been all in on Chiefs' Offensive Coordinator Eric Bieniemy. For the last 2 off-seasons (maybe more), Bieniemy has been maybe the #1 Head Coaching candidate on the market. But he keeps not getting hired. Whatever the reason, nobody ever scooped him up. I've always wanted Bieniemy to hire because of the Lil' Wayne lyric in Live From The 504.

However, a little over a month ago, a video of Bieniemy yelling at Patrick Mahomes on the sideline went viral. Former Chiefs players LeSean McCoy responded with this. 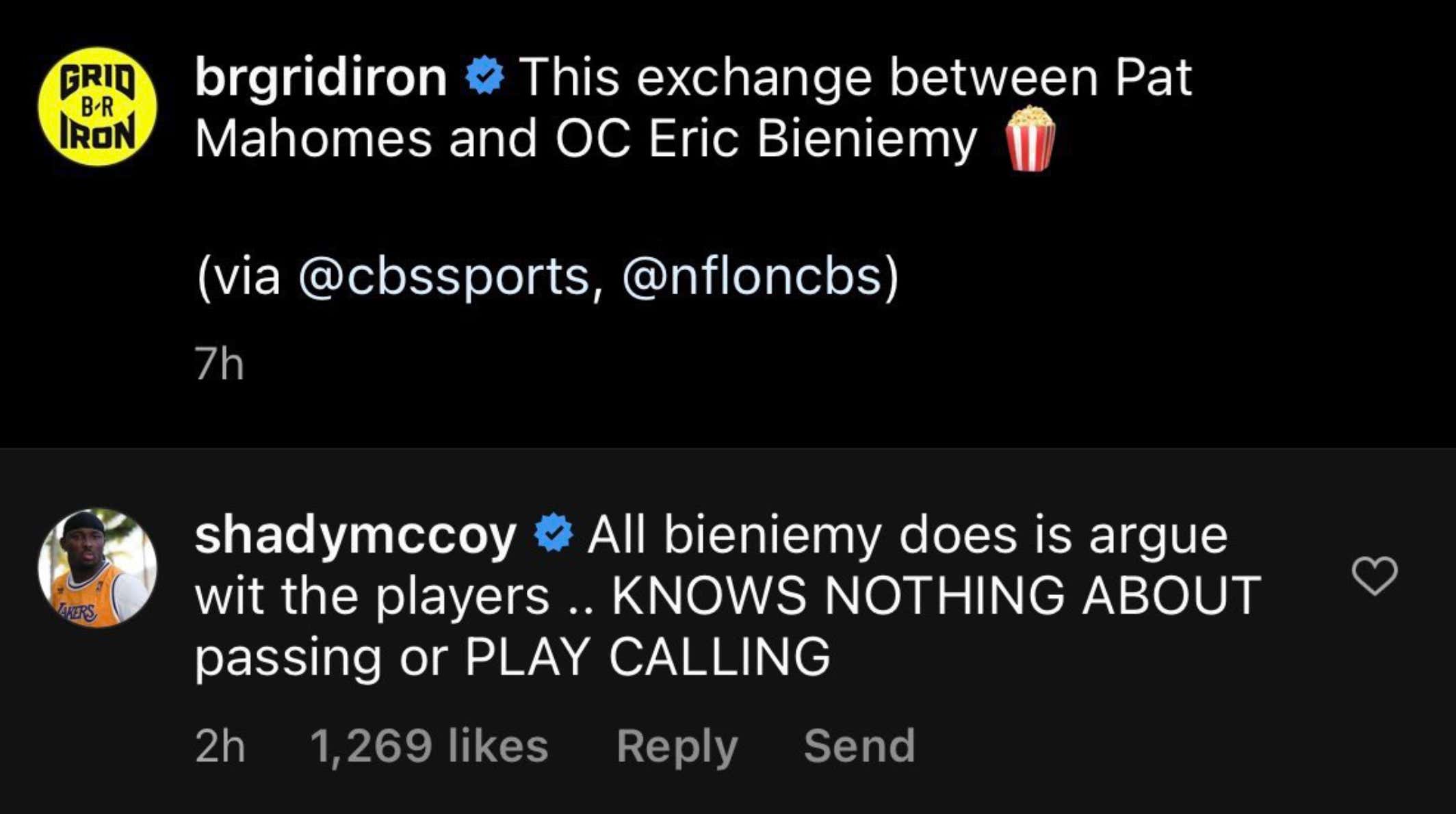 I would prefer my offensive minded coach to know SOMETHING and PLAY CALLING. So that made me think he might not be a great idea.

But the more I think about it, I shouldn't blindly trust LeSean McCoy. What has he ever done? He has herpes! I'm going to give Jim Irsay the OK to hire Bieniemy. The Lil Wayne lyric makes it worth it. It would give me a great excuse to tweet rap lyrics again. Feel free to hire Eric Bieniemy.

Here's a video of Lil Wayne rapping Live From The 504. It's maybe my favorite Lil Wayne video. 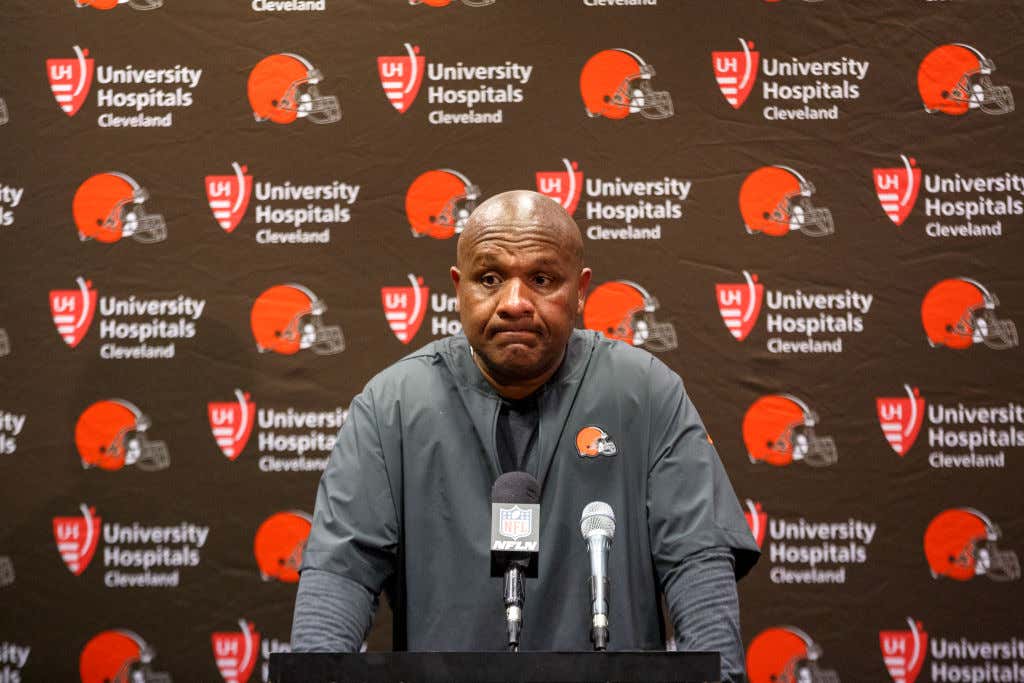 A majority of my friends back in Ohio are Cleveland Browns fans. Because of them, combined with the fact that I lived in the Cleveland market, I probably have watched more Browns games than Colts games in my life. I have seen plenty enough from Hue Jackson to know that he is not a competent football coach human being. 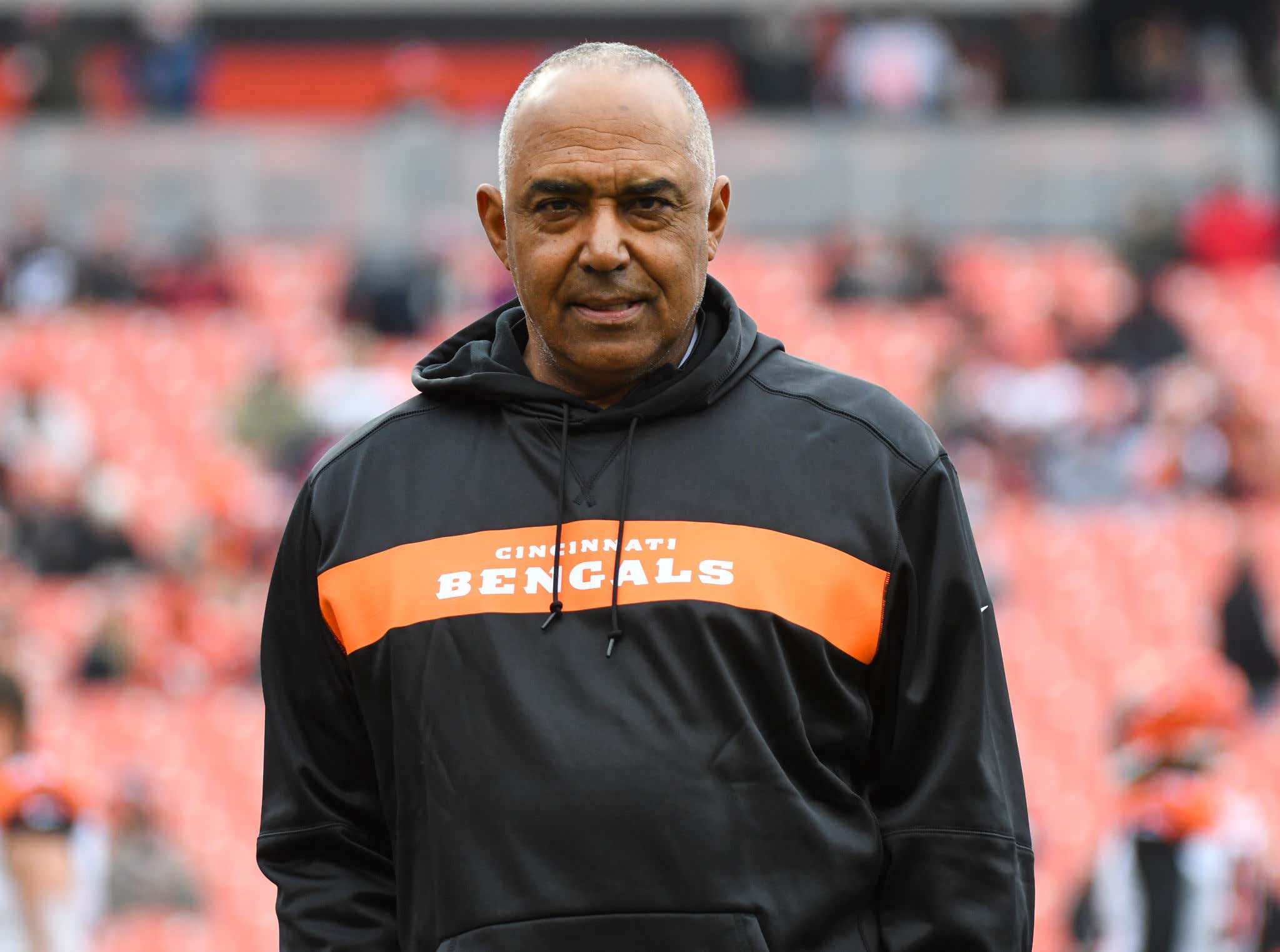 Feed me Marvin Lewis. I've long said that Marvin Lewis deserves more respect. He took the Cincinnati Bengals, who are historically the most difficult team to succeed with, to the playoffs 7 times in 16 seasons. Sure that's under 50% of the time. Sure he went 0-7 in the playoffs. But the Bengals were in the mix there for a long time. Sign me up right now for a team that makes the playoffs about half the time.

I always thought they had cool teams too. They had certain psychotic swagger about them (Chad Johnson, Vontaze Burfict, Pac-Man Jones). I love a team with zero discipline. They're exhilarating to watch. Give me a team like that. Give me someone as deranged as Vontaze Burfict. Then sign Jameis Winston as our quarterback. I want chaos.

I once wrote a blog pleading for my alma mater, Bowling Green Falcons, to hire him as our coach. It didn't work. 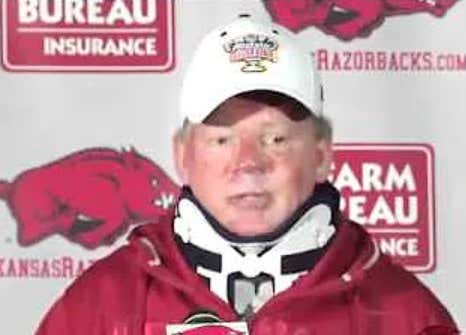 Oh god yes! One-thousand times yes! Bobby Petrino is a true legend of the game. I want a head coach who fucks and rides motorcycles. That's half the job anyways. He had Louisville and Arkansas humming there for a while. He's won an Orange Bowl! I will concede, that his current record at Missouri State of 3-6 (1-5 in the Missouri Valley Conference) is less than ideal, but he's probably just bored. If he was given a chance in the NFL, he would be invigorated. 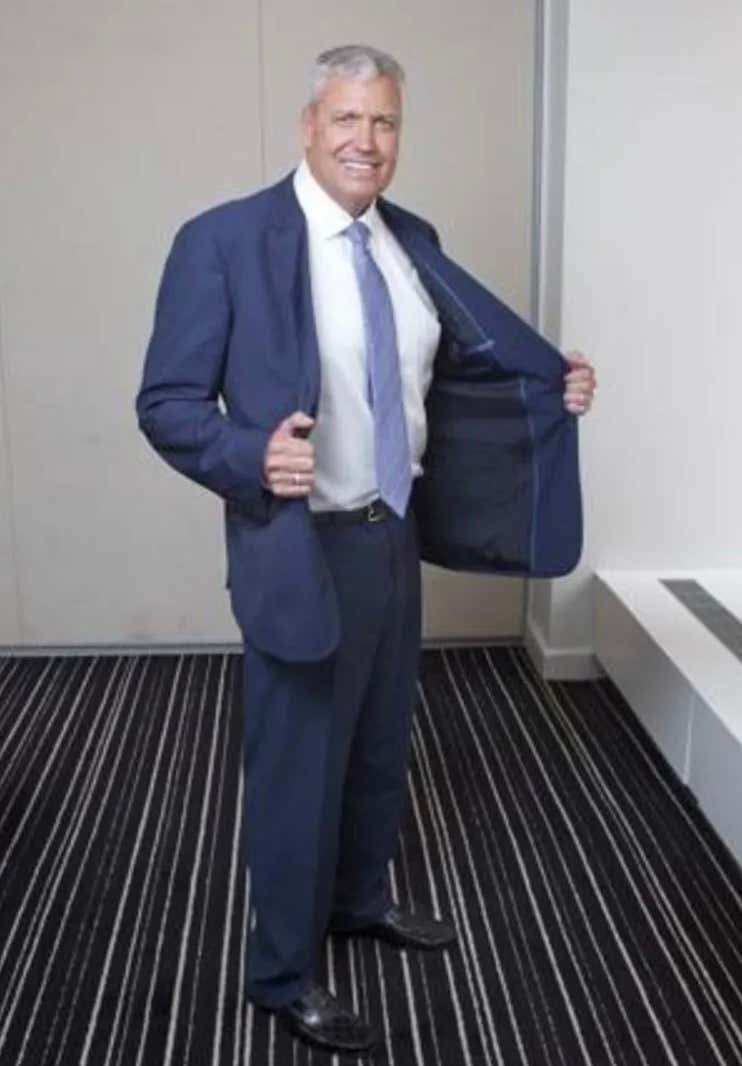 No thank you! Not modern day skinny Rex Ryan (PEE-EW). What a loser that guy is. Did you know he was on the Amazing Race? He made it like 2 days, then him and his dumb friend couldn't figure out how to play the chimes, and they got eliminated while wearing lederhosen. It was embarrassing for everyone involved. Now, if Rex Ryan wants to put on 60 pounds, and accidentally tweet out some foot fetish links, then maybe I'll reconsider. But I am not interested in this new happy-go-lucky, PC Rex Ryan. 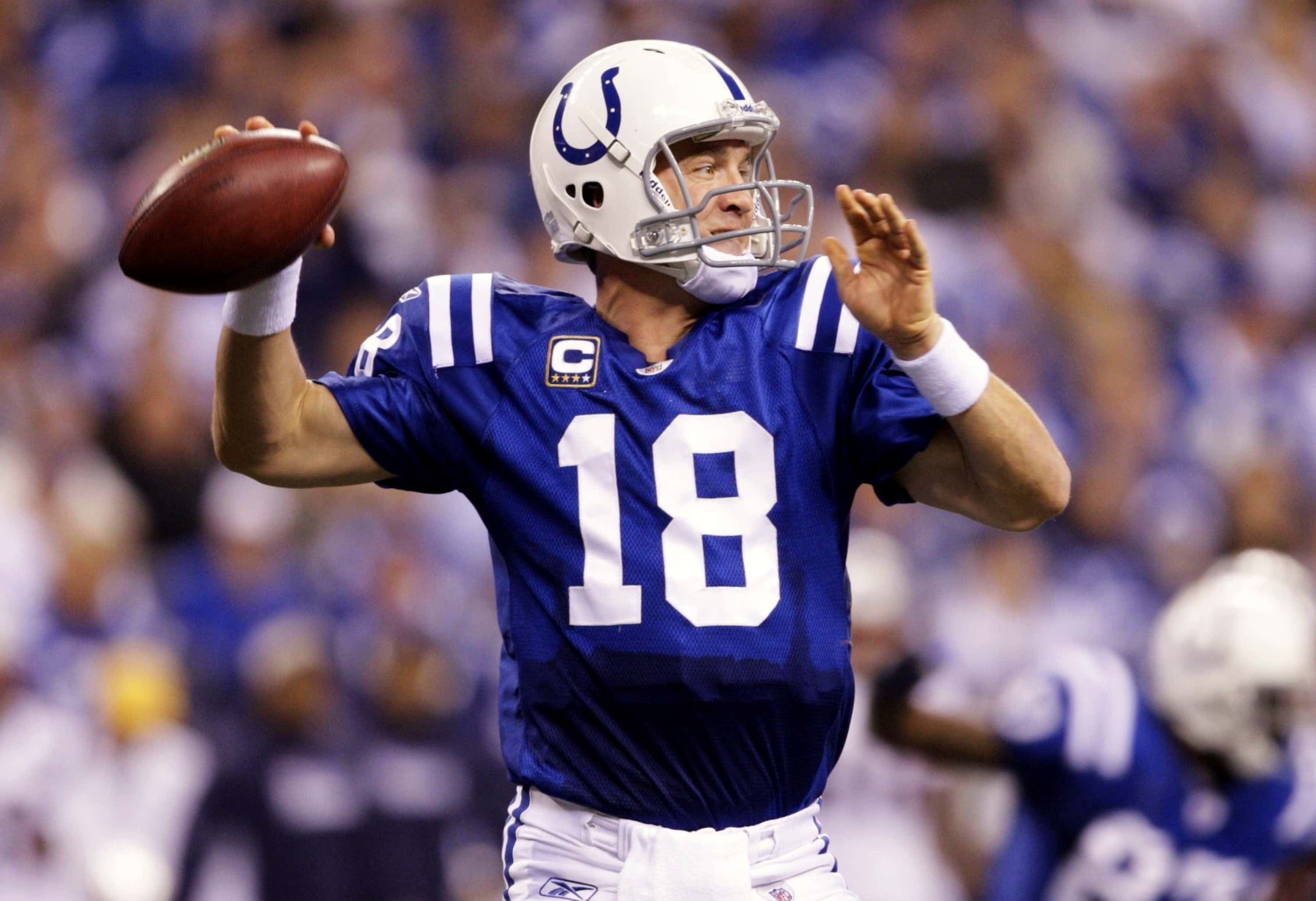 Just do it. Put all of the money you have towards Peyton Mannings contract, and let him hire whoever the hell he wants. Hire him as the Head Coach and General Manager. Give him part ownership of the team. Build 10 more Peyton Manning statues around Lucas Oil Stadium. Whatever it takes, just get it done. I'm not even convinced he would actually be a good coach, but it's absolutely worth a shot. Peyton Manning is maybe the greatest football mind of all time. It would be an adjustment coaching from the sidelines, as opposed to behind the line of scrimmage, but Irsay just hired Jeff Saturday, so we're obviously not too worried about direct coaching experience.

But again, this is all hypothetical, and probably irrelevant, because I'm certain that the Jeff Saturday era will be a resounding success for the Colts. This Sunday against the Raiders is the start of a new era. I'm calling it right now, Colts are winning by 30. I have it on good authority that the Raiders are horrible