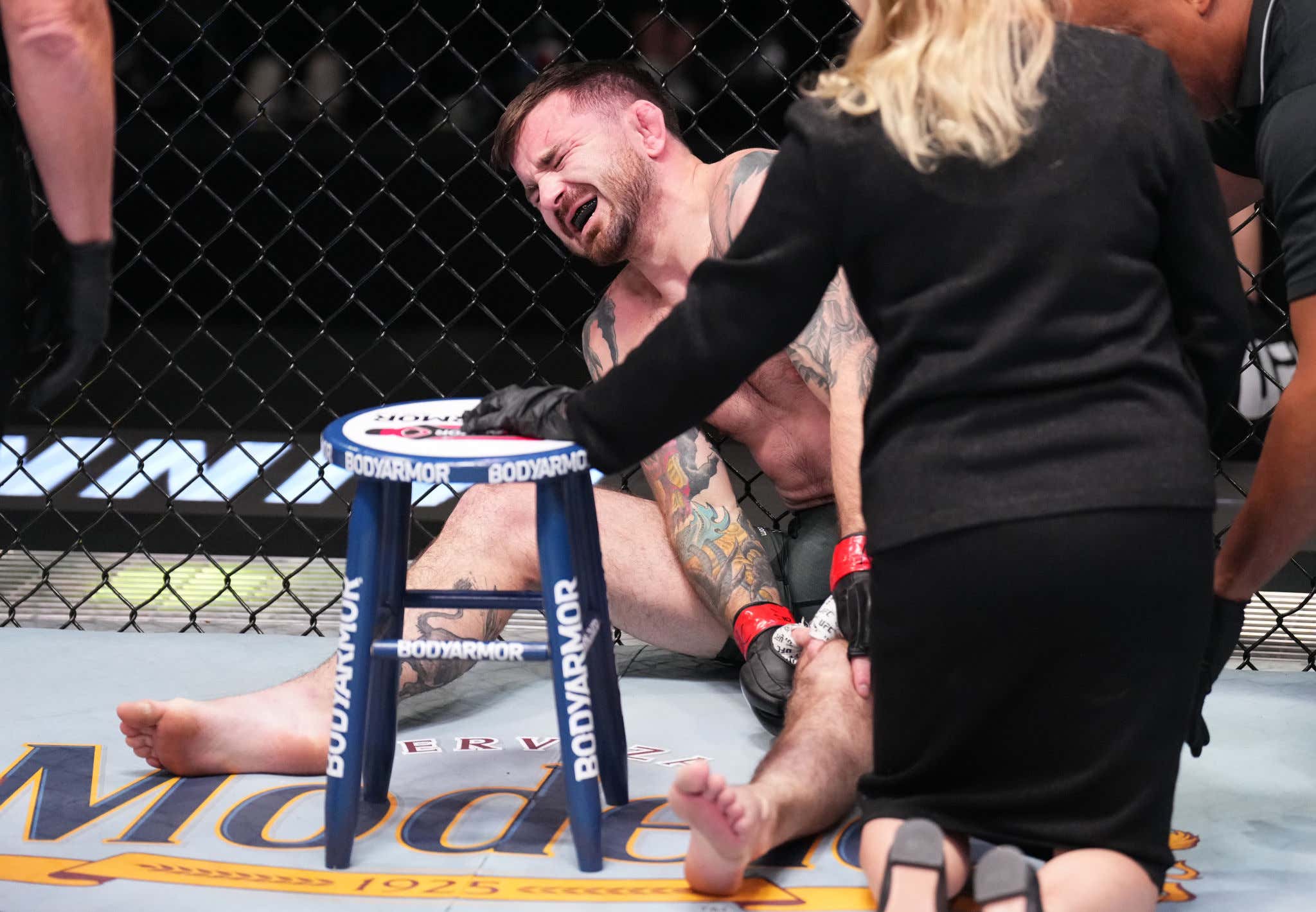 ESPN- The UFC fight on Saturday between Darrick Minner and Shayilan Nuerdanbieke, which ended abruptly in the first round, is being investigated by a U.S.-based betting integrity firm after several sportsbooks in multiple states reported suspicious wagering on the featherweight bout.

The odds on Nuerdanbieke defeating underdog Minner moved dramatically in the hours leading up to their UFC Fight Night matchup in Las Vegas. Bettors were convinced that not only would Nuerdanbieke win, but he would do so in the first round. Money poured in on the favorite to win by knockout in the first round and for the fight to last fewer than 2.5 rounds, prompting some sportsbooks to take the fight off the board, according to an analysis conducted by U.S. Integrity, a Las Vegas-based firm that works with sportsbooks and state gaming regulators to monitor the betting market, a copy of which was obtained by ESPN.

There was an EXTREMELY suspicious fight on this past weekend's UFC card between Darrick Minner and Shayilan Nuerdanbieke (which ended in a quick first round knockout), and it was SO strange that an integrity firm has now launched a full-fledged investigation into what happened after bets poured in mere hours before the card.

My UNCLE, who lives in Vegas but isn't even the biggest UFC fan, texted me Saturday evening to let me know that the word on the street was that Minner was either injured going into the fight or taking a dive. I was stunned, and immediately started looking into it.

Apparently, unbeknownst to me at this point, so many bets were being made on Nuerdanbieke via KO in Round 1 that Minner's odds swung from around +170 to +330 rapidly….

Some casinos in Vegas weren't even taking bets on it on Saturday because of how suspicious that looked, so keep in mind that going into this fight, EVERYONE is already tipped off that something weird was about to happen.

Still, the fight was weirder than we could've anticipated.

Minner comes out strong, throws a kick with his left leg, and instantly, everyone in the Apex and everyone watching at home could tell it was compromised. It was clear as day and the commentators picked up on it immediately. Here's where it gets really weird, though: he throws ANOTHER kick with that clearly injured leg right away.

Nuerdanbieke then swarmed him, hit him with a nice knee, and started hammering on ground-and-pound shots….

….ground-and-pound shots that made Minner tap out VERY QUICKLY.

Why open the fight by throwing multiple kicks with what we now know for a FACT was an injured left knee?

Why did he start tapping out from strikes so quickly on the ground? WHAT'S GOING ON HERE?!

Could Minner have known he was injured before the fight, but just badly needed the money, so he said, "Fuck it!" and decided he was gonna pull a Jose Canseco? While I'm not accusing him of anything, I think it's fair to say that is a possibility.

I certainly hope it doesn't go too much deeper than that, and involve him straight up telling his friends/family to bet against him via Round 1 KO or anything, because that would obviously mean the end of his UFC career and a whole heap of legal ramifications.

This all comes mere weeks after the UFC banned their fighters from gambling on the sport, which some are blaming on James Krause who I believe started giving out picks on Discord a few months ago….

….and I'm not saying he was involved with this, but it should be noted that he is Minner's head coach. That's a little sus.

I can't wait to see what this investigation brings, because I've never seen anything like that in the UFC.

P.S. On a semi-related note, how the hell is the commission not catching these injuries before the athletes step into the octagon?! It's not just Minner, either - think about TJ Dillashaw getting in there against Aljamain Sterling just a few weeks ago! Start makin these fighters do some jumping jacks in front of you first or something. Figure it out!!!