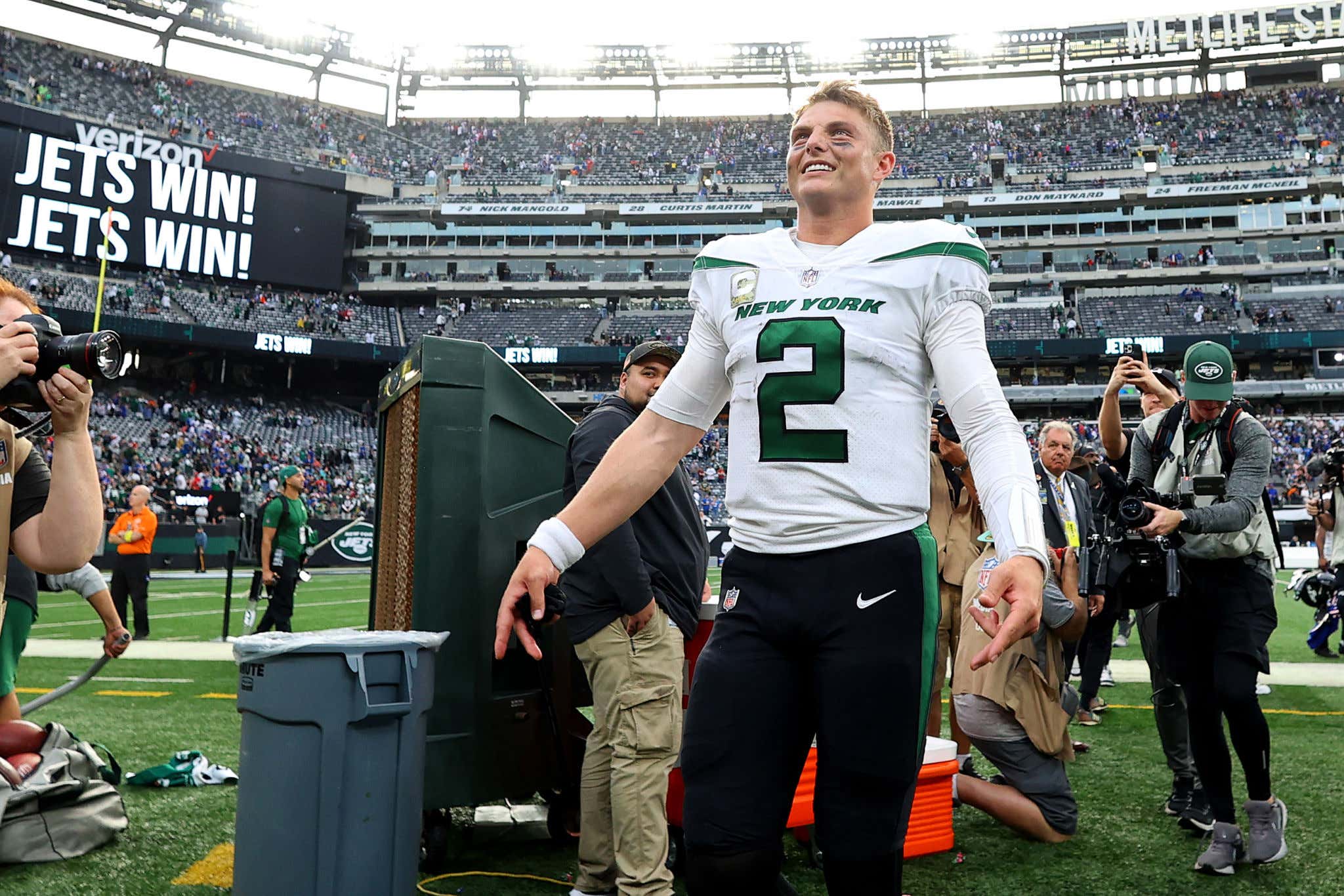 This week must have been a tough one for Zach Wilson, with everyone calling for your head and still having to prep for one of the toughest teams in the league in the Bills. Even my own criticisms, bro to bro, must have been extremely tough; it doesn't get more real than bro to bro.

As a fellow 23 year old in the workforce, the key is patience.

After a tough start in the Meadowlands, botched kickoff, etc. We saw Zach Wilson have to exit the game after getting crushed while throwing a completion.

At that moment, Mike White was warming up on the sideline, I was actually pondering whether this would be better for the team. I am glad Zach ended up coming back because his play today totally shut me the fuck up. He made the plays he had to and managed the game when he didn't. He limited turnovers as well as he could and made great plays when called upon.

Wilson led extended grinding drives that resulted in points; at times when he could have gotten frustrated and tried to extend plays to play hero ball, he didn't; he just game-managed.

The best thing I saw Zach do today was run forward and take the yards instead of trying for big plays with his arm. He scrambled forward instead of spinning out and fading to the sideline to look for bombs. Look at him picking up 1st downs and extending drives!

This smart football will win games; these dink-and-dunk passes are what Zach needs to do before he really gets enough experience to sling it like Mahomes.

He did what he had to do this week to improve.

The Jets have a bye week to prep for the Patriots and will be able to exact their revenge.

No, Mr. Wilson didn't throw over 200 yards today, but we didn't need him to. He threw 355 yards against the Patriots in a loss, so as we all know grinding out wins against good teams is better than losing with a bunch of yards. Stick to the conservative plays and grind out wins; Zach is 5-1 as a starter, and that's pretty damn good.