There is truly nothing you can say anymore about what happens to the Atlanta Falcons in the fourth quarter of football games. It's literally my job to do that and I've got nothing. They will just always find a way to fail that you've never seen before.

This one is an all-timer, though. Rashaan Evans made what should have been the play of the game when he forced Austin Ekeler to fumble with less than a minute left and the Chargers in field goal range. Then Ta'Quon Graham recovers the ball, only to literally drop it for no apparent reason whatsoever a few moments later.

I could live with it if Graham got hit and the ball was knocked loose. He's not used to being a ball carrier and that kind of thing happens all the time. But nope, he just dropped it in the middle of the field like that's what he was trying to do. 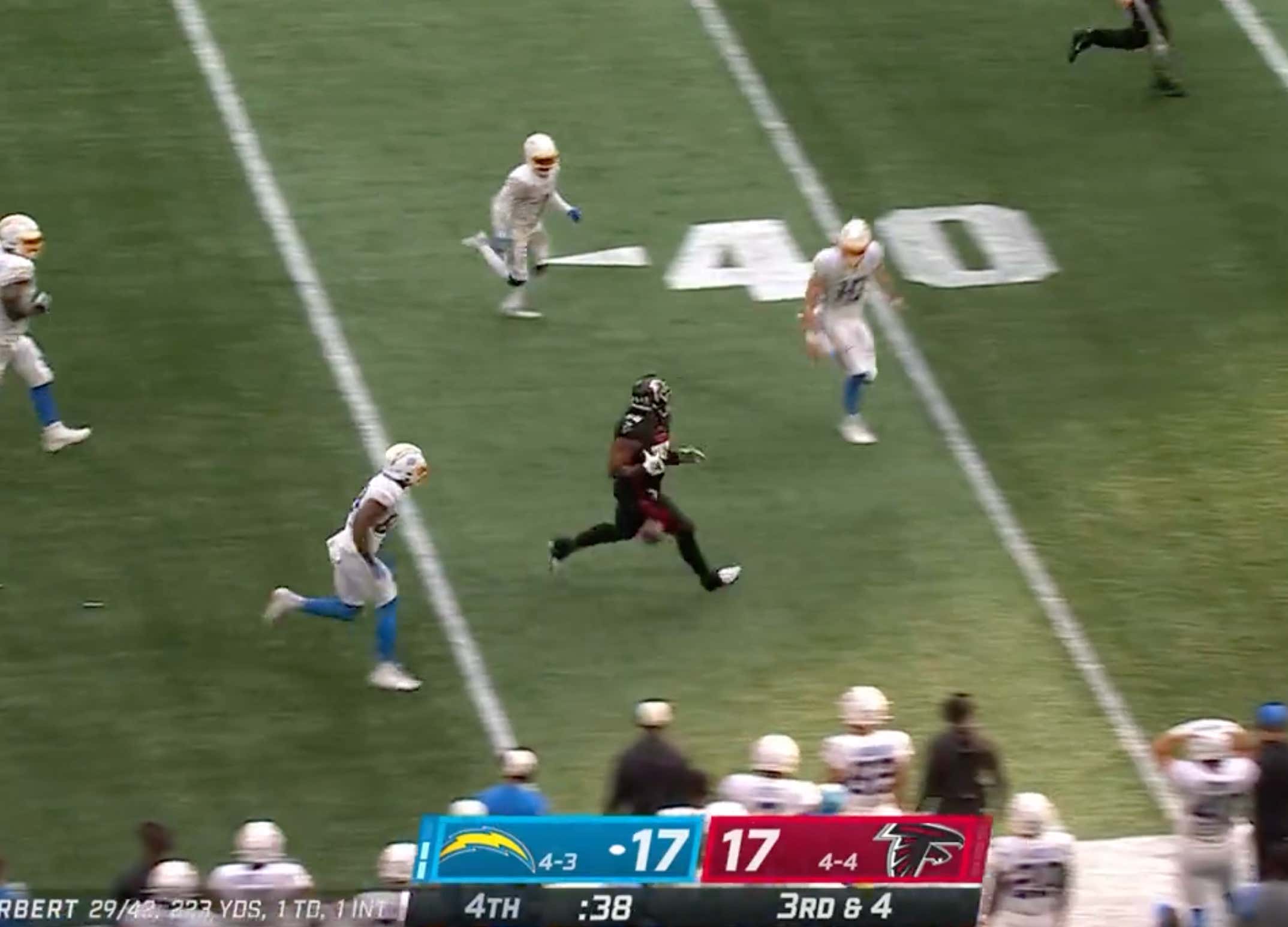 I mean, what the fuck, dude?

Whatever. That's Atlanta Falcons football. You just have to laugh to keep from crying.