So it appears that Jeremy Peña is just a flat out winner. What has he accomplished in his rookie season? Practically everything you would want to do as a pro baseball player. The guy who was supposed to replace Carlos Correa somehow seems to fit in better than Correa and could not stop piling up the awards, especially in October.

Peña was awesome all season long and somehow stepped his game up in the playoffs. It seemed like every night he was hitting a clutch homer, shrugging around the bases, getting a big base knock, and making a web gem in the field. And again, he was filling the shoes of CARLOS CORREA. The guy who had delivered clutch hit after clutch hit for this team throughout their run to a handful of World Series, Jeremy made everyone in Houston forget about Carlos. It seemed like every rally the Astros had going there was a familiar name in the middle of them, Peña.

A hit in every World Series game and 10 hits in total and hit .345. The kid showed out big time for the Astros and it appears another freak baseball player has emerged from the Astros lab where they just create these freaks. He's going to be a fun player to watch for the next 10 years. Just an incredible year for him and he's just getting started, I have a feeling he's going to add a few more awards in the next few seasons. 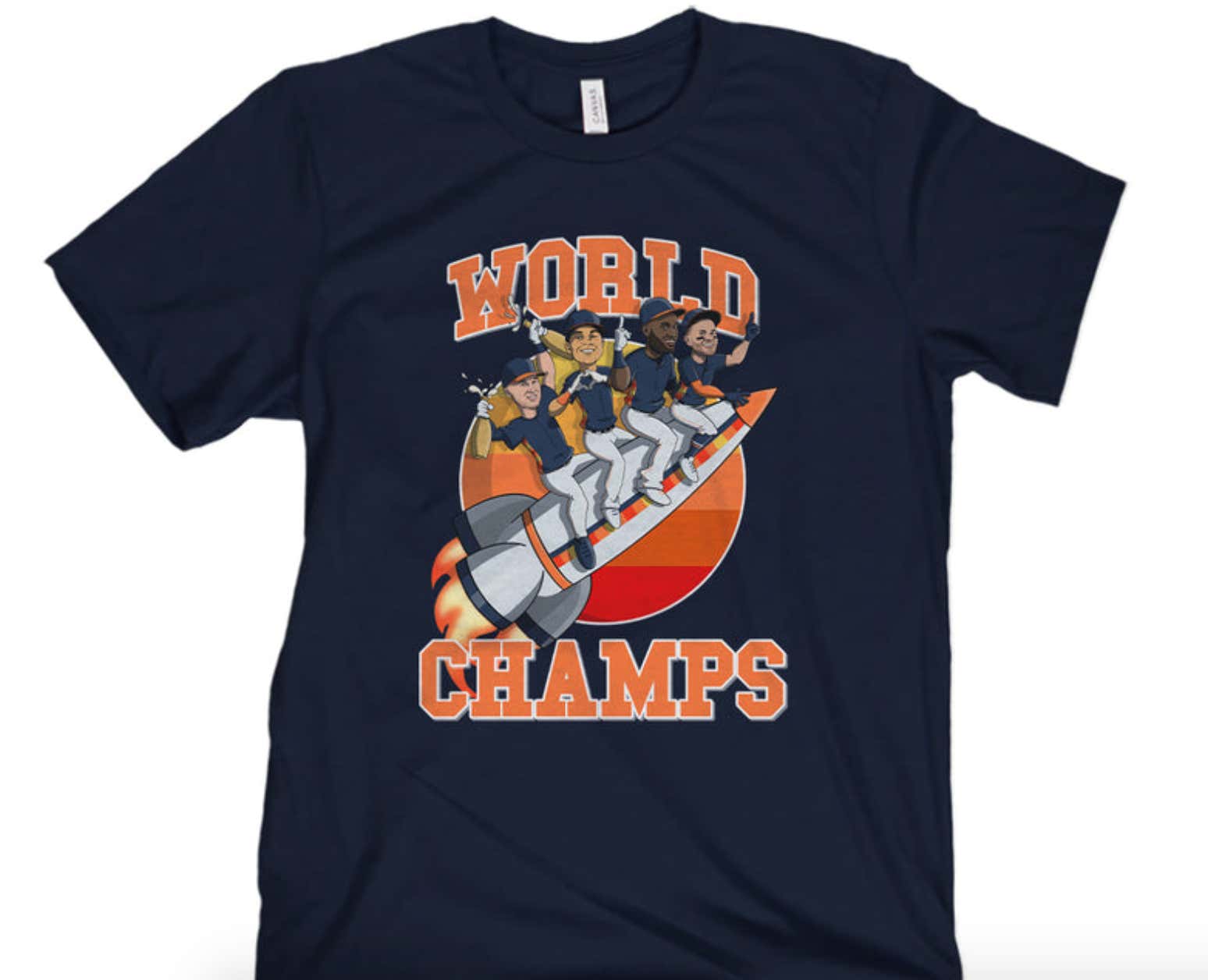 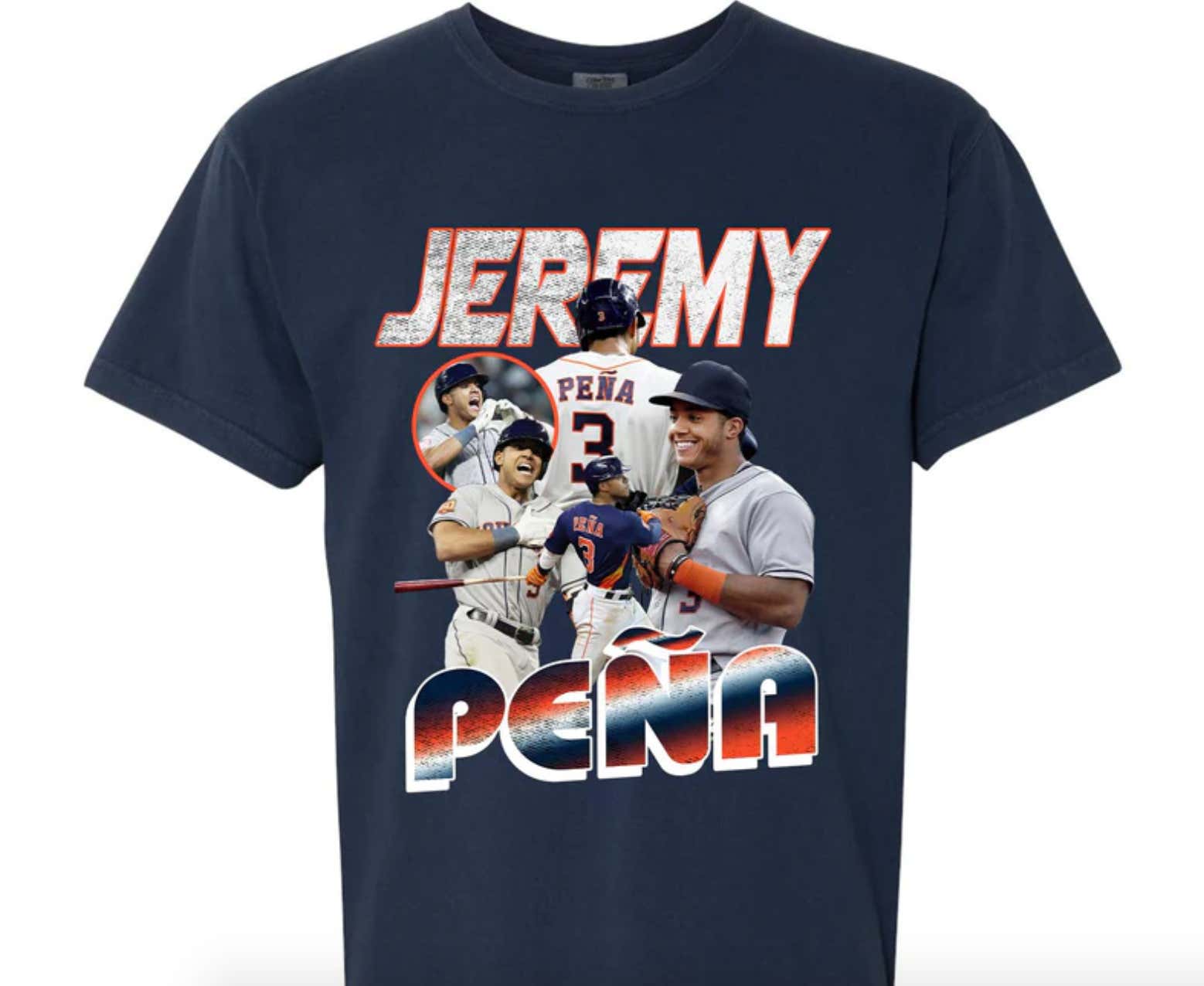 Get your Astros Championship merch HERE!