Talk about clinching bowl eligibility for the first time since 2008 in style. Bravo, Kansas football!!

To lose your starting quarterback Jalon Daniels a little less than a month ago and to not get too derailed by a three-game losing streak is impressive enough. The Jayhawks' three defeats were to TCU, on the road to Oklahoma and to Baylor, and none of them were really blowouts. Just a frustrating stretch.

But daaaaaaamn did Kansas make up for it on Saturday against 18th-ranked Oklahoma State. Jason Bean, filling in for Daniels, led the victors to 554 yards of total offense and raced for an awesome 73-yard TD in the second quarter to make the score 17-7. From there, the Jayhawks never looked back and the rout was on.

Absolute SCENES from the locker room:

...And on the field/beyond afterwards...looks like some new goalposts will need to be installed!

I thought Kansas was a basketball school. WTF? Must be nice to get you a university who can do both. ROCK CHALK, JAYHAWK! 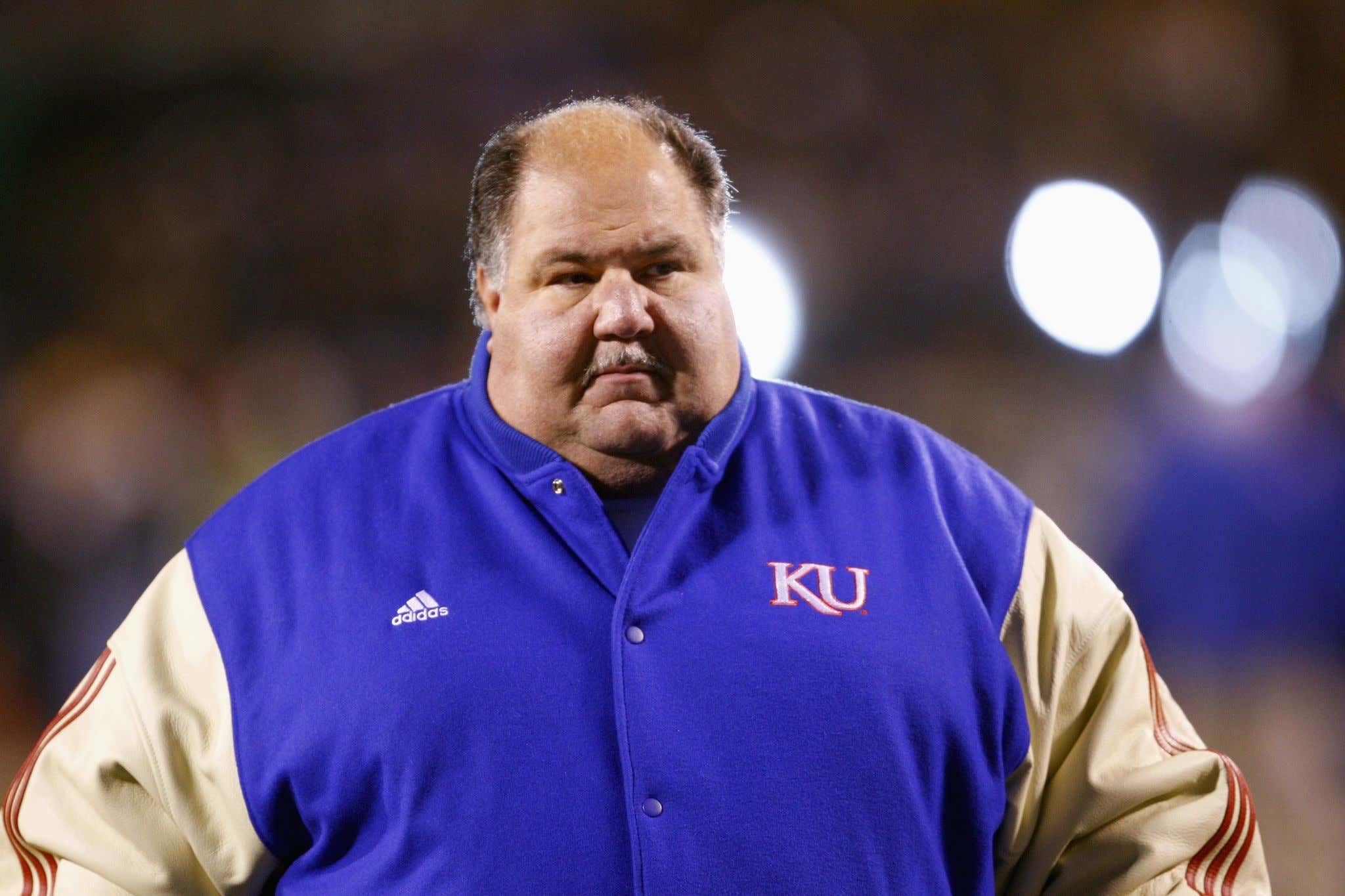 THERE HE IS. Guy was kind of a fucking jerk to his players, however.

Congrats to current coach Lance Leipold! He went 2-10 in his first season at the helm after taking the MACtion-tastic Buffalo Bulls to three straight bowl games. In only his second year with Kansas, Leipold is going bowling again!!

You love to see quick turnarounds and electric celebrations like this. Turn up tonight, Lawrence.