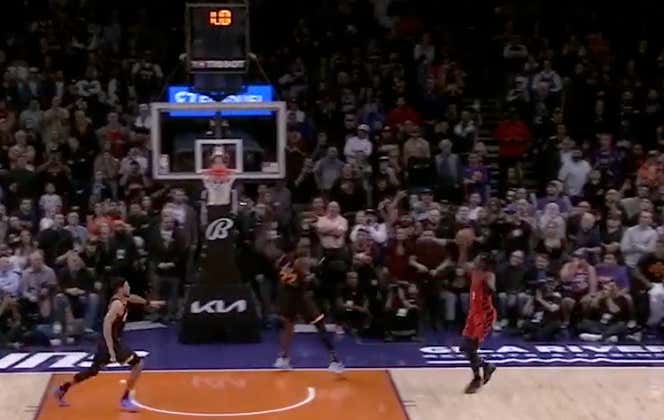 Portland was without Damian Lillard and Anfernee Simons and still fought hard in Phoenix against the 5-1 Suns. Tied at 106 with 1.0 seconds left. The Trail Blazers ran a nice play out of the timeout to give Jerami Grant, who had 28 points at the time a look. He made the catch on the far baseline and seemed to shuffle his feet back A LOT before shooting the ball, which went in as time expired.

But was it a travel?? Look at this angle.

Do these things need to be looked at? Former NBA sharpshooter Eddie Johnson thinks so and said as much after the game.

Wild no call, but it won't change the result. Luckily for Suns fans, they'll have a rematch tomorrow night as the two teams will face off again at 10pm eastern/7pm pacific tonight.