I thought I was going to be the first person staying woke to the fact that West Toronto Prep is not a real school, but it seems like some others online came to the same conclusion I did before this blog was entirely put together.

On Friday night, IMG Academy's football team beat the aforementioned Golden Warriors of West Toronto Prep 96-0 — and that was just at halftime, when the game was called. The team didn't have any logos on its helmets and it had a Bishop Sycamore-esque vibe, even just aesthetically. Not to mention the fact that the football team did not belong anywhere near, let alone on, a football field with IMG Academy.

Then you go to the "school" website and it doesn't exactly look like the website of a place you'd pay for your child to get a private education. It also almost exclusively talks about being a destination for student-athletes. 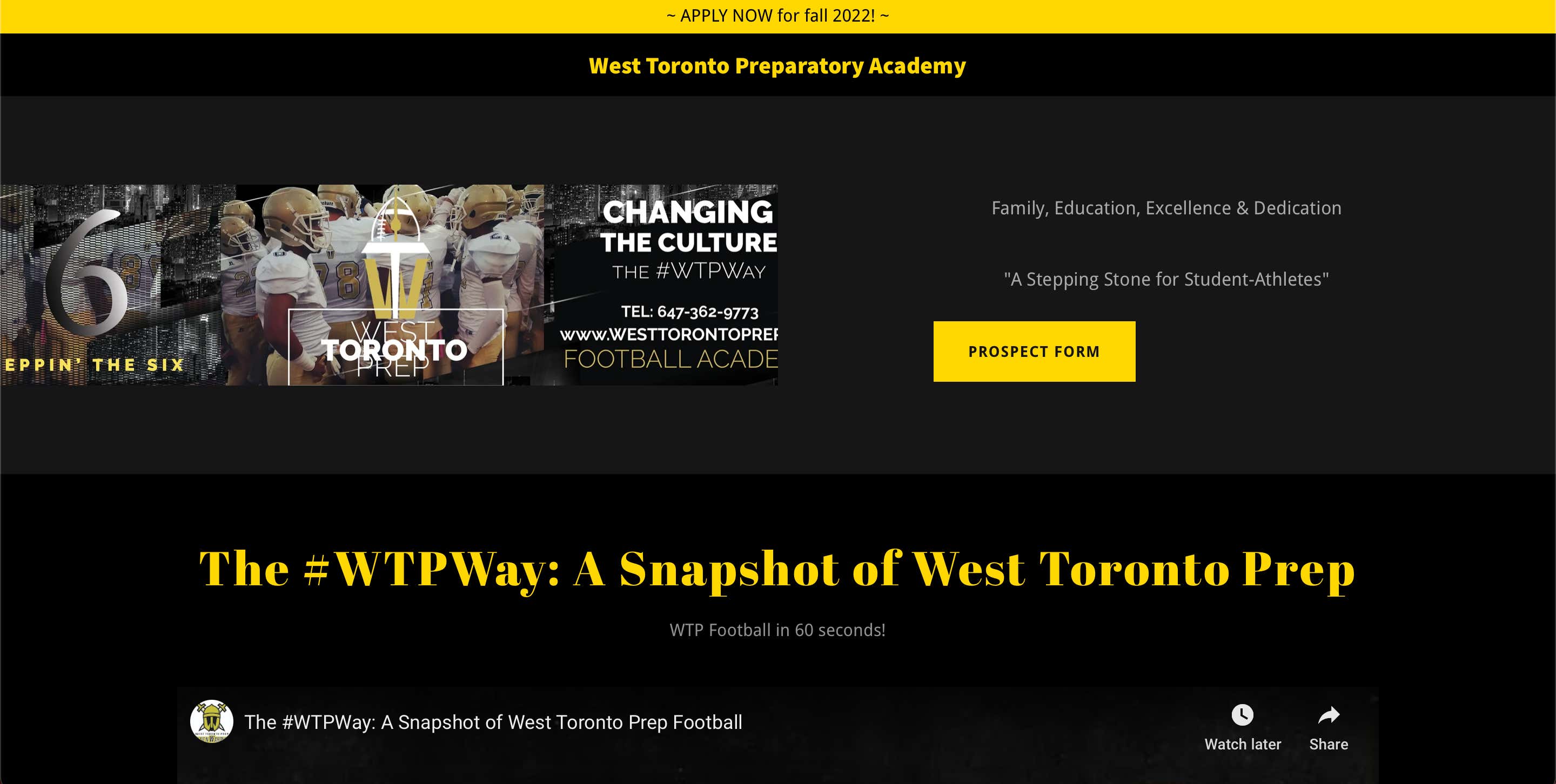 But ok, plenty of schools have shitty websites. Let's check out where it is …

Also, West Toronto's football team seems to only play schools in the United States and it has scored a grand total of six points this season. Cathedral Prep's backups can't feel great about that one. 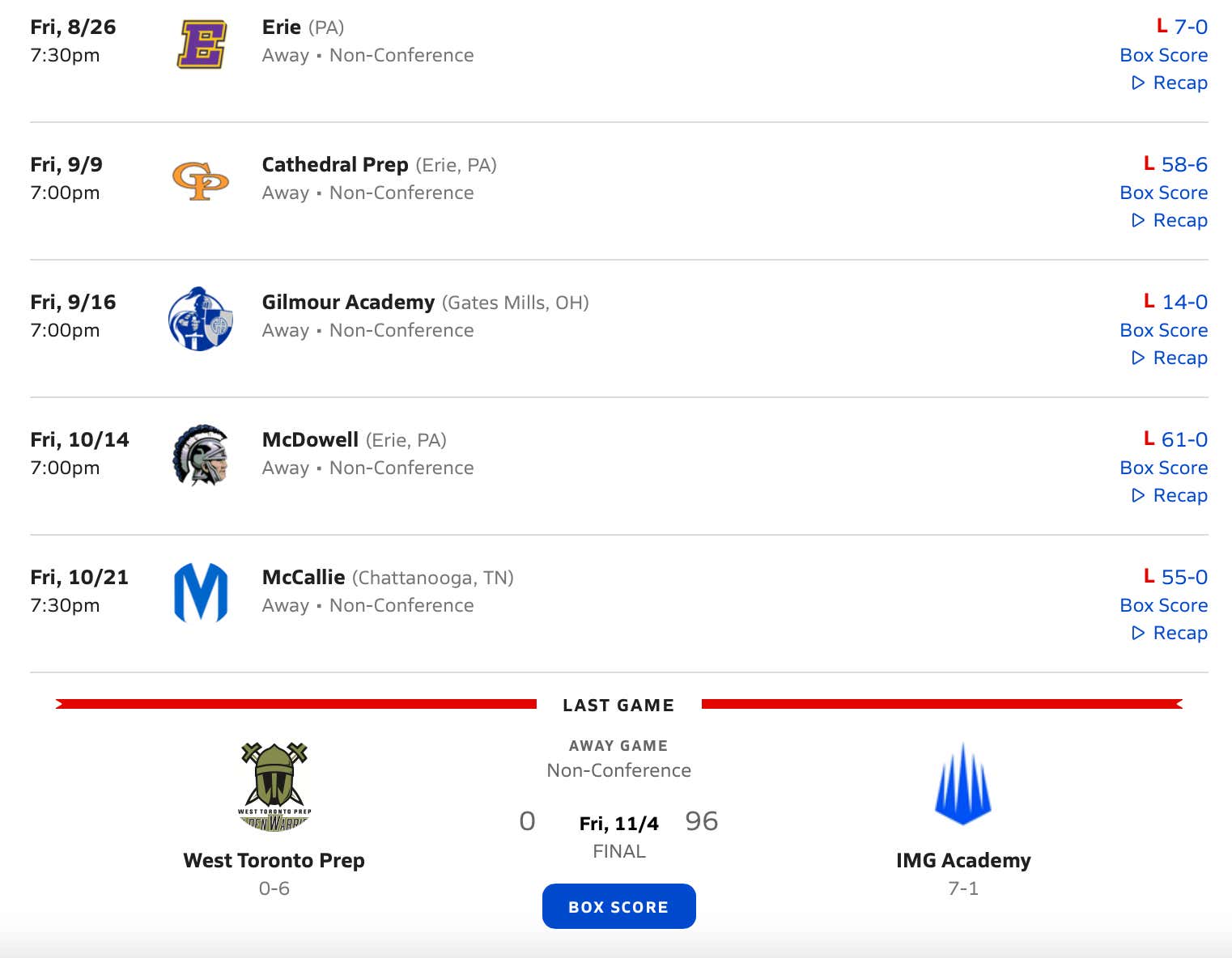 So yeah, something is definitely going on here. Did the masterminds behind Bishop Sycamore pull a Michael Scott Paper Company and just create another fake school football team under the guise of the Canadian flag?

My guess is we'll be hearing more about West Toronto Prep in the next few days.