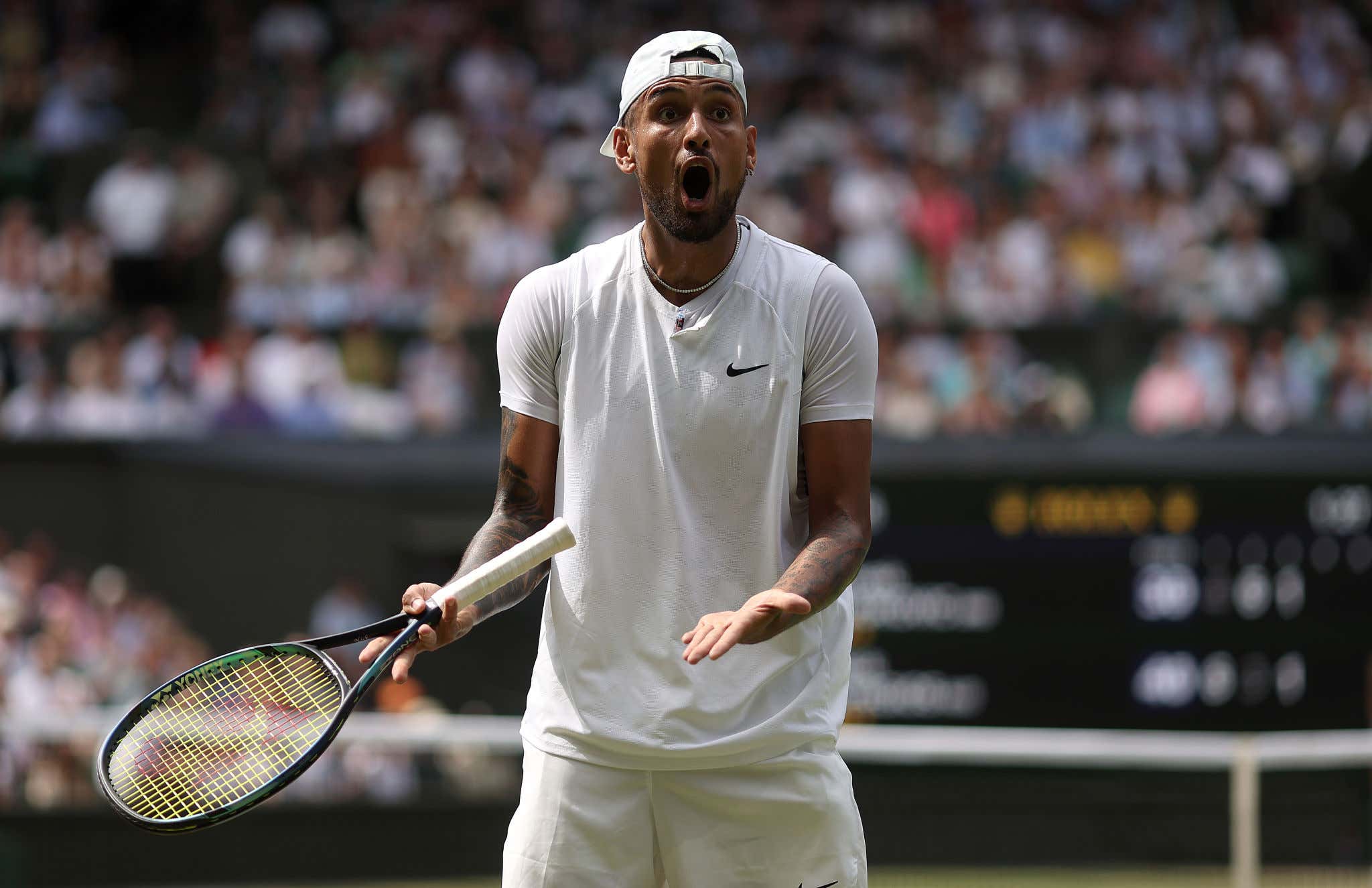 Nick Kyrgios has apologised to the Polish lawyer he accused of 'distracting him by being drunk' at the Wimbledon Men's Final.

Ania Palus, 32, was temporarily ejected from the Wimbledon Grand Slam final in July after the tennis ace said that she'd had '700 drinks'. The Australian, 27, has now admitted that he was 'mistaken' over his Centre Court claim. He has donated £20,000 to Great Ormond Street Hospital Charity to 'resolve' the defamation lawsuit.

Back in July during the Wimbledon Final Nick Kyrgios called out a loud fan in the crowd who kept shouting out during points. The hilarious clip went viral, which you can watch below.

Well, in classic 2022 fashion where everyone is trying to make something out of nothing, the woman (who happens to be a lawyer) sued Kyrgios for the claims.

Mr. Kyrgios’ false allegation was broadcast to, and read by, millions around the world, causing me and my family very substantial damage and distress.

Not sure I've ever rolled my eyes more than when reading that statement. That empty claim caused her and her family substantial damage and distress? My goodness. At the time of the lawsuit I didn't think there was prayer's chance it would have any legs. Well, turns out Nick and his team didn't want the headache.

In a statement released by Knight Temple Law, Mr Kyrgios stated: ‘On 10 July 2022, during the Wimbledon Men’s Final, I told the umpire that a fan, who I now know to be Anna Palus, was distracting me during the match, believing that she was drunk.

'I accept that belief was mistaken, and I apologise. To make amends, I have donated £20,000 to the Great Ormond Street Hospital Charity, a charity chosen by Ms Palus.

Not going to knock donating £20,000 to a charity, but the apology here? Come on. I've never learned anything about legal jargon, but saying "it looks like" feels doesn't feel like enough to get a judge to rule in your favor for damages. We had a loud spectator shouting at a player during a match. The player talked back. Imagine there was a lawsuit every time that happened? We'd never have time for courts to handle any other cases.