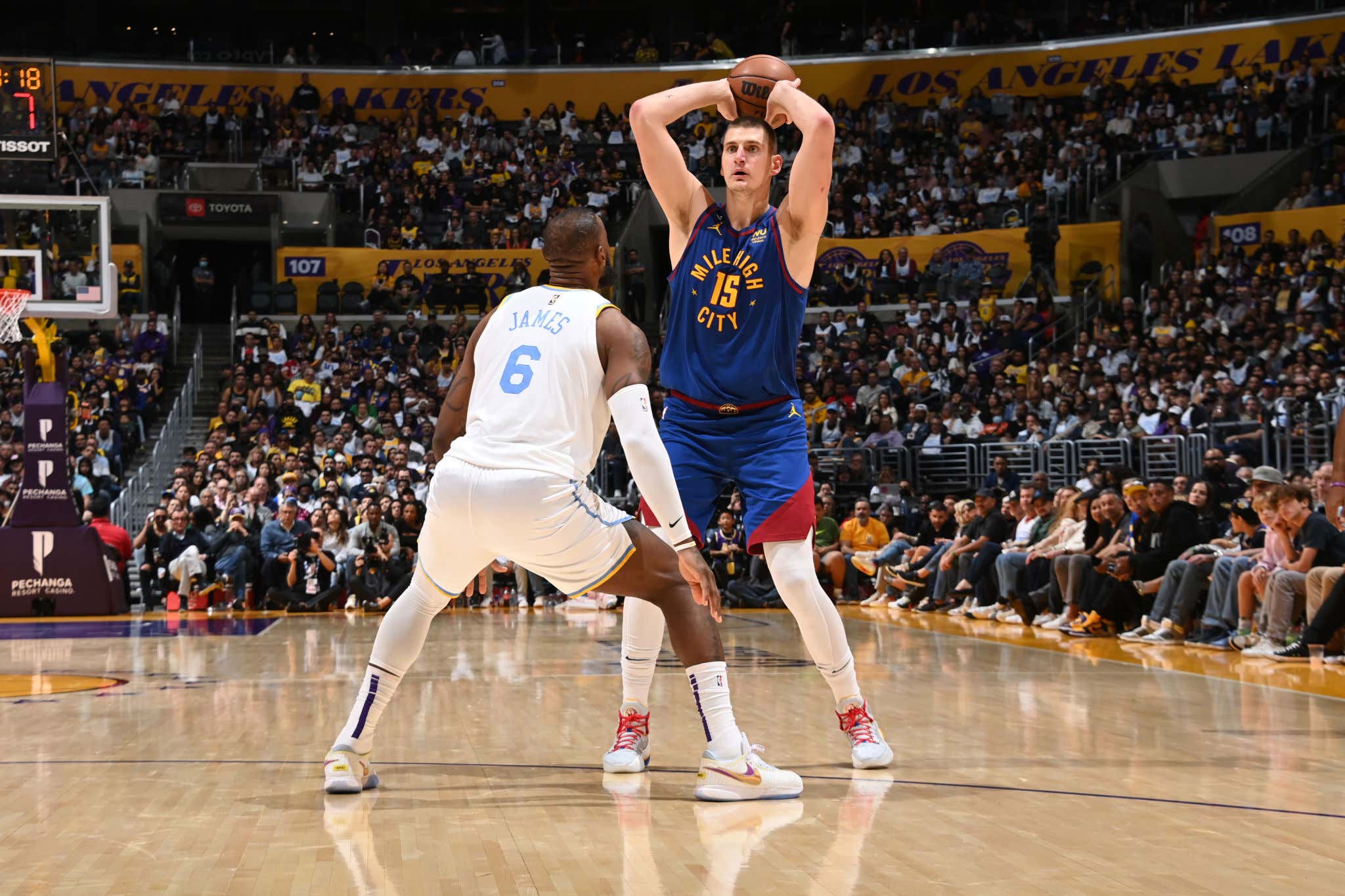 Pretty big night for the reigning 2x MVP Nikola Jokic after he passed Wilt on the all time triple double list for the most ever by a center (it was actually a quadruple double if you count his 10 TOs). I know nowadays people shit on triple doubles because Russell Westbrook started getting too many of them and people had to try and find a way to discredit how insane that was, but I'm someone who still thinks they matter. Any time you do something that puts you in the same sentence as WILT CHAMBERLAIN, it's a big deal. Well, maybe to us it's a big deal. To Jokic? Just listen to him

Maybe I'm mistaken (I don't think I am), but literally every single time Jokic is asked about awards/accomplishments, he always praises his teammates instead. This is a man who didn't give two shits about MVPs, so I can't say I'm surprised at his response about passing Wilt, and that's why Jokic rules. He doesn't give a shit about any of this stuff, he just wants to hoop and help his team win. He has the same sort of humbleness as someone like Giannis, despite being one of the best players on earth. Think of how different that is compared to other superstars who are chasing records. How do you think LeBron is going to handle the moment he passes Kareem for the scoring record? I can assure you it will not be like how Jokic handled his insane career accomplishment.

It's a bit unfortunate that Jokic will most likely experience voter fatigue when it comes to the MVP this season, which is basically what happens when you win multiples, especially back to back. His scoring is down a little bit (20.3), but that's mostly due to his FGA dropping from 17.7 to just 12.0 this season. That makes sense since guys like Jamal Murray/MPJ are back, but Jokic is shooting a career high from the floor (59.4%) and is averaging a career high in AST at 9.1. His 20/11/9 averages are still pretty good, and I think by now everyone pretty much knows how important he is to what the Nuggets do. He essentially does everything for them.

All that's really left when it comes to criticizing Jokic is upset Sixers fans try and claim that he doesn't play defense, but anyone who watches Jokic on a nightly basis knows that's an outdated narrative. For example, this season Jokic is holding opponents to 59.5% at the rim which is among the best in the league for centers (Embiid 73% by comparison).

I just love that no matter what, all Jokic cares about is winning while he does things on a court that literally have only been accomplished by NBA legends. There's just something refreshing about that and it's certainly something we could use more of.