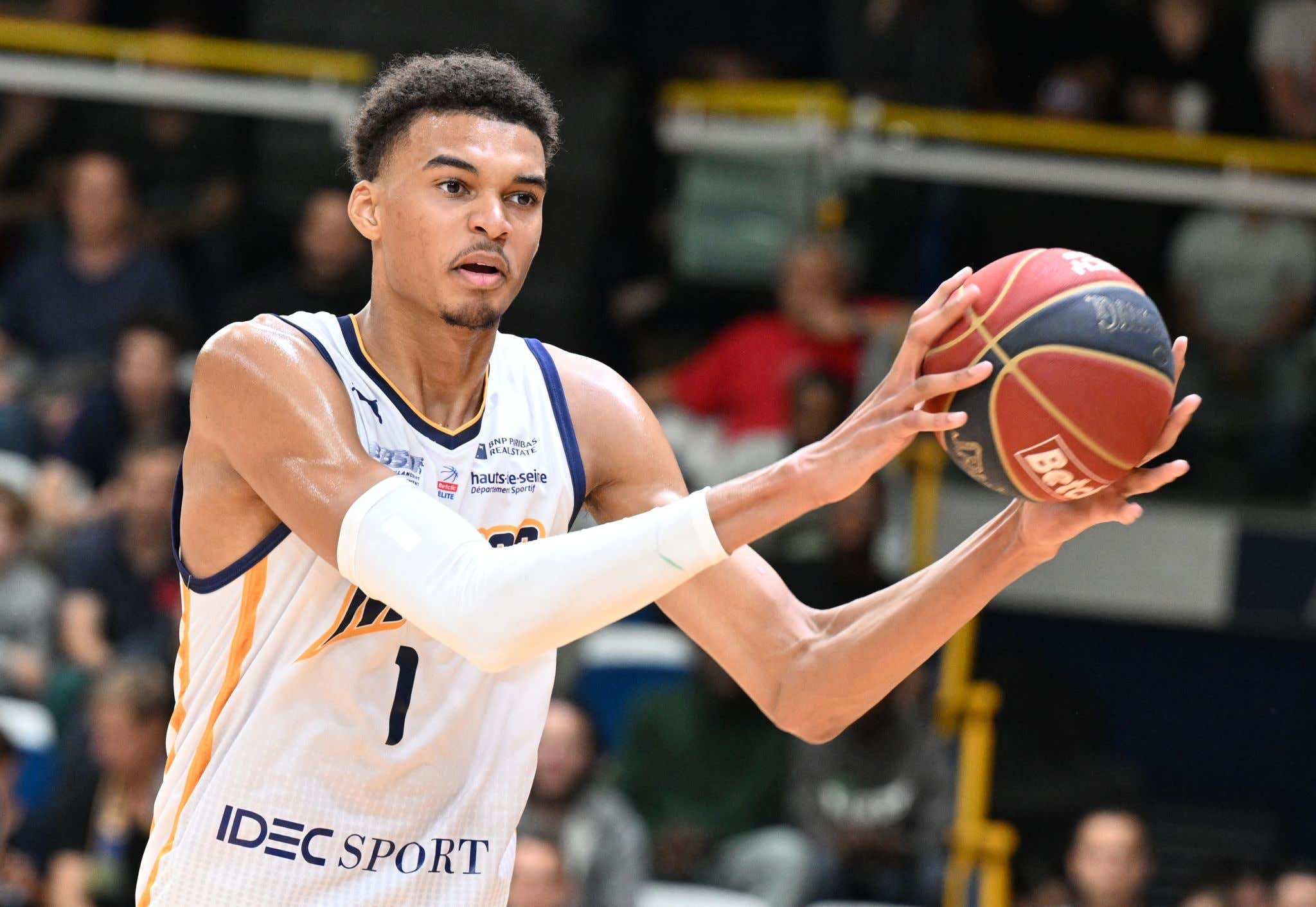 I'm not sure what the hell is going on in the NBA through the first few weeks of the season, but the idea that we were going to have all these teams do everything they could in order to win the Victor Wembanyama sweepstakes has absolutely not happened.

Think of the teams you probably had in that tanking category. Well, through nearly 10 games the Jazz/Spurs/Thunder are all .500 or better. Teams like the Pacers and Hornets are close at 3-5. Even the teams with shitty records like the Pistons and Magic play teams tough, and our latest example came last night via ORL/GS.

Down 73-57 early in the 3rd quarter, the Magic ended up hanging 130 on this horrific Warriors defense in the win. That's crazy, but also goes to show a couple things.

First, the Magic have a lot of intriguing young talent that can beat any team in the league on any given night. Paolo Banchero is the real deal, Jalen Suggs looks like he's ready to take a leap, Franz Wagner looks awesome, they have legit length in their frontcourt, shit like that.

Second, these are not your 2022 NBA Champion Golden State Warriors. So far this season it really looks like they're missing the role players that left over the summer, especially on the defensive end. Steph is having another insane Steph year, Klay made 7 3PM in this game and as of today the Warriors have lost 4 in a row and are 0-5 on the road. During this trip they've lost to CHA/DET/MIA/ORL. Three of those four teams were expected to be tanking their dicks off, so that's not exactly a great look for the defending champs. Then you realize they have the 26th ranked defense and are giving up 122 points a night (30th). Yikes.

After watching this game last night, a thought entered my brain that terrified me to my core, and really should terrify everyone.

Given that all the tanking teams are good and all the good teams may stink, at 3-6 while all being healthy, do I need to start worrying about the Warriors winning the Wembanyama sweepstakes? Are we doing this again where the Warriors have a weird down year, get a high lottery pick, and our misery never fucking ends? I swear to God if GS stinks this season after ripping my heart out and taking a championship from me this past summer only to then somehow land Wembanyama that's it. I quit life.  Can you imagine this guy in the Warrior system/playing next to Steph?

I'm sorry for even putting this into the universe, but it's the first thing I thought of when I saw the clock hit 0.0 last night in Orlando. I'm not really sure when these tanking teams will actually start losing and when the contenders will actually look like contenders, but I need it to happen immediately. Wembanyama to the Warriors should never enter my brain at any point in the NBA season, yet here we are.

While we're on the topic, after seeing all the teams play, this is my current Wembanyama Power Rankings of where I want to see him go

I think it goes without saying why I have the Pelicans in the top spot. Not just because that fit would be INCREDIBLE to watch, but also because it would mean the Lakers were so bad their pick ended up #1 and they owe it to NO after the AD trade. That's the type of poetic justice I think we all should be rooting for right now.

I can assure you though, the Warriors aren't even at the bottom of this list, they aren't on it. Under no circumstances can we allow this to happen. If that means your favorite team needs to tank games against the Warriors, so be it. Mine can't because ya know, NBA Finals revenge and all that, but everyone else? Please lose to GS. We need to get ahead of this before it turns into a gigantic problem that ruins our lives for the next 10-15 years.

Interesting little update for their game tonight against the Pelicans