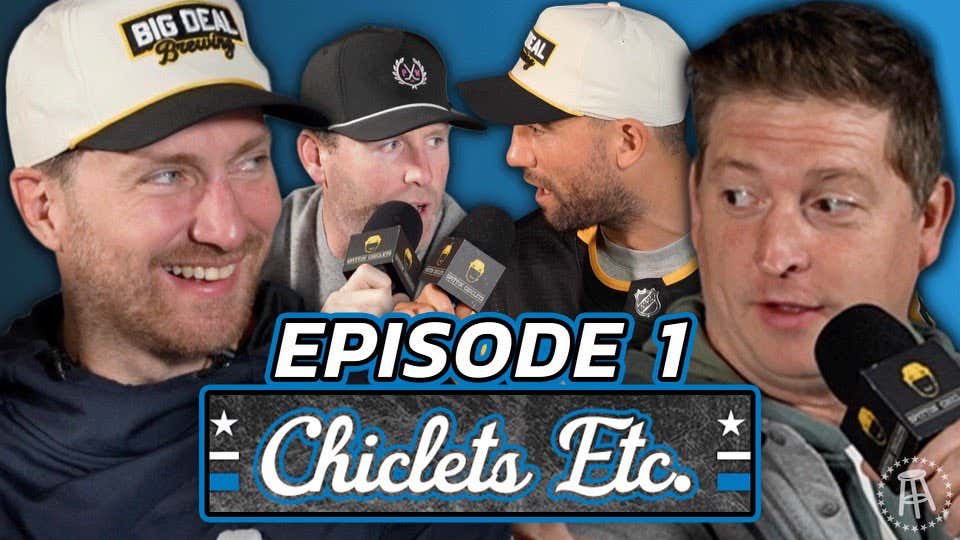 My journey to the airwaves of Barstool Sports through Spittin' Chiclets has been nothing other than life-changing.  The Chiclets Crew has allowed the $EBR Crew to spread the gospel of gambling whether in small towns near the Arctic to the snowy mountains of the Rockies.  So when an idea for some extra content was talked about I was completely on board.  The other winger on the line was an easy choice. He was an early guest on Chiclets, has been all over the NHL and I have known him since the 2 bedroom apartments in Wilkes-Barre.

He is known as Army.

The first episode dropped last night. Army and I talked about the premise of the show with topics and how the format will look as we grow into this new role.  We even called in the big dogs, the legends that run the biggest hockey pod in the world Biz and Whit. The atmosphere was eerily similar to the locker room or the back of the bus. We talked Chiclets, the beer leagues and as will be every show, we ended with some best bets from around the world.

If you have even an ounce of creativity, let us hear ideas for a title for the show and segments you enjoyed or want to see, below in the comments… Everybody Rides baby have a listen.