This is impressively bad. Hey, sometimes you slip up and say the wrong name or something like that. But my man went back for seconds as a guy yelled 'he plays for LAFC.' Impossible to know that. Not like he had a nameplate in front of him with the team logo. Not like he's been a member of Team USA and talked about as a World Cup roster guy. Simply impossible to know who Kellyn Acosta played for in this situation.

Frankly, I'm fucking sick of Philly and this run they are on currently. Can't stand it. I've said it before but I grew up in York - about an hour and a half from Philly. I won't claim to be from Philly because that'd be silly if you didn't live there. But enough of my close friends are Philly fans. Fuck them. Getting texts about the World Series, the Eagles, Uptown Balls, all these good vibes. I won't stand for it anymore. They need to be knocked down a peg and start getting angry because they are losing in devastating fashion again.

I love the look on Acosta's face too. He realizes this guy has no idea what the fuck he's talking about: 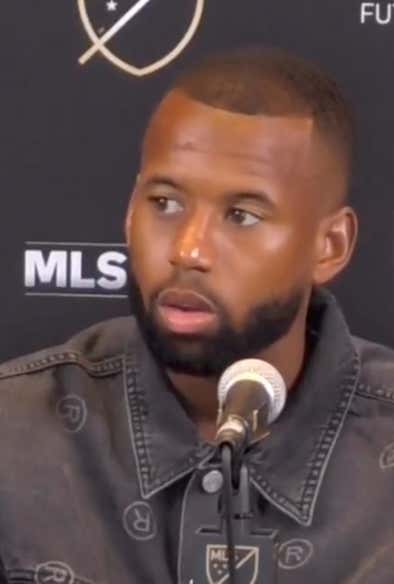