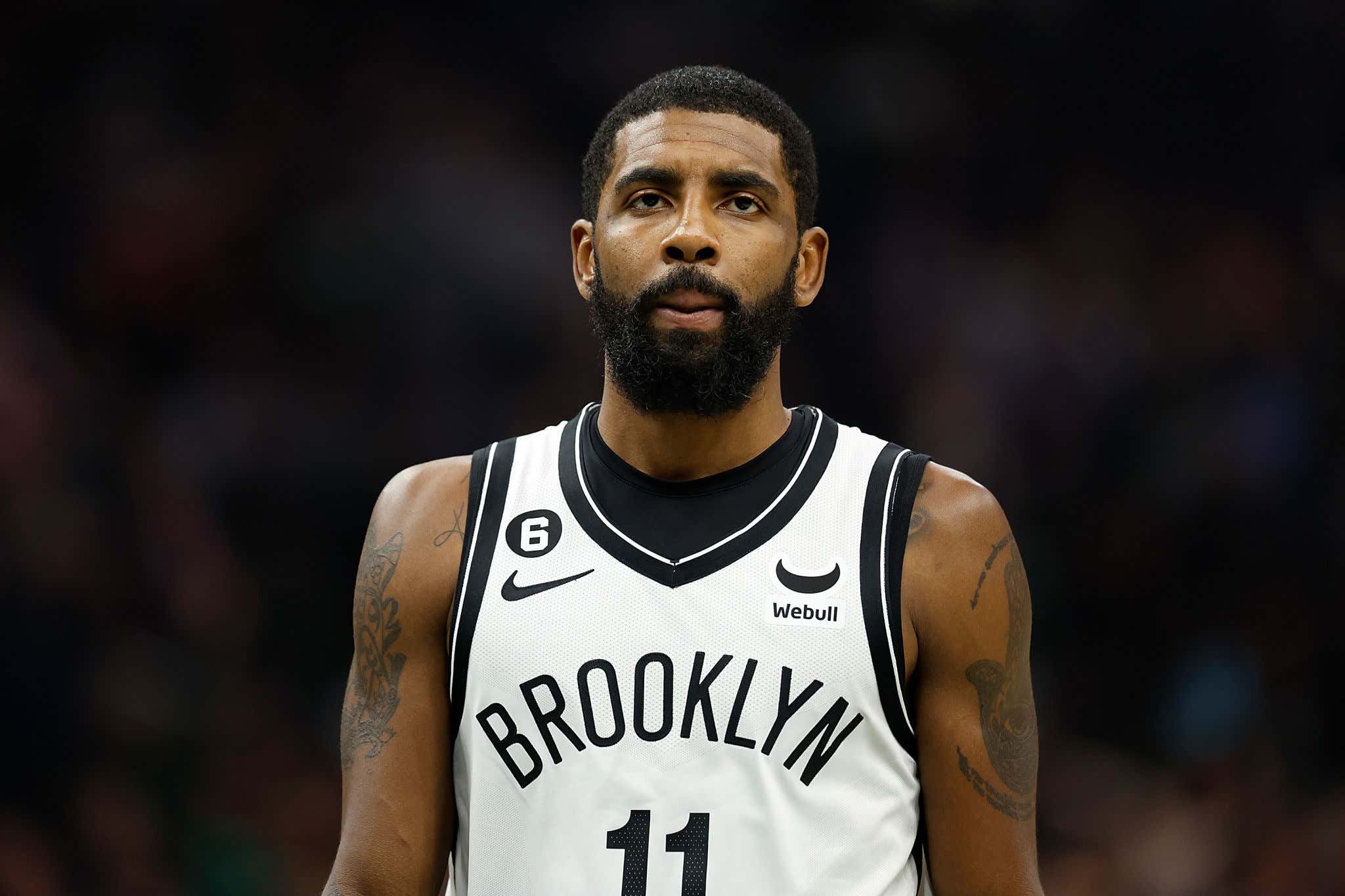 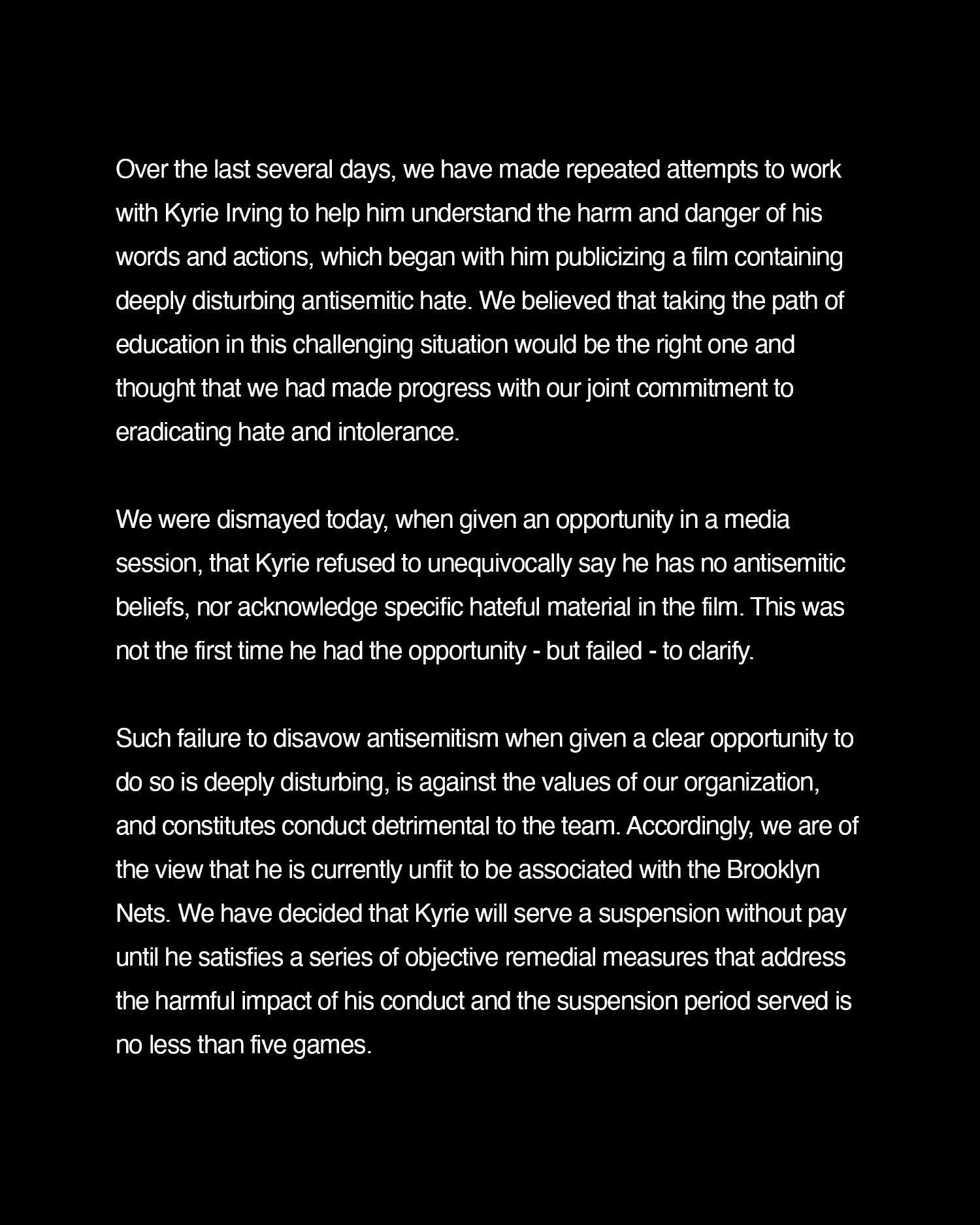 And there it is. After Kyrie's meeting with the media today, you had to have some idea that the Nets probably weren't going to sit on their hands and do nothing

Just a wild scene all around. I've listened to my fair share of Kyrie word vomit interviews over the years but this was certainly on a different level. I've watched all these videos a dozen times and I still have no clue what he's even talking about. The Oxford dictionary? What on earth?

If you remember, the Nets basically banned him from talking to the media after this interaction with Nick Friedell a few days ago

which was wild in its own right. When asked about that, Sean Marks had quite the reply

Seems like that didn't exactly happen given what transpired today, and while the Nets could have saved themselves a headache by handling this days ago, at least they finally came around and did something about it.

As with most Kyrie controversy, this is all entirely self-inflicted. It seems like the team was willing to give Kyrie the benefit of doubt initially and hope he would handle this situation appropriately, and instead all he did was add more fuel to the fire. I do think it's a little odd that Adam Silver and the league didn't do anything about it and it was handled on the team level, but it would not shock me one bit if this ended up being way more than "at least 5 games". The Nets already made it pretty clear they were looking to get out of the Kyrie Irving business when they didn't offer him an extension this summer, and now you add this to the mix who could blame them if they wanted to just cut ties completely. Whether that happens via trade or they just tell him to stay home, it does feel like this isn't just your normal suspension.

Not only that, but the Nets are also about to add Ime Udoka to the mix who comes with his own controversy, and I do wonder if there's a reason we haven't heard that officially announced yet after the Shams/Woj bombs. Things are certainly not going to die down once you bring in Ime in terms of questions and drama, mostly because nobody even knows what fully happened with him yet and we probably never will.

I'm also pretty sure that even with this suspension, this is not the end of the Kyrie drama. In fact, I'd argue this is only the begging. The Kyrie drama usually only ends once he leaves your franchise. It is interesting though if you look at their schedule and see who the Nets would be playing if in fact, Kyrie is back after 5 games.

The Los Angeles Lakers on November 13th out in LA.

I'm not ruling out that the Nets just leave Kyrie there and let the Lakers deal with him. What a mess.