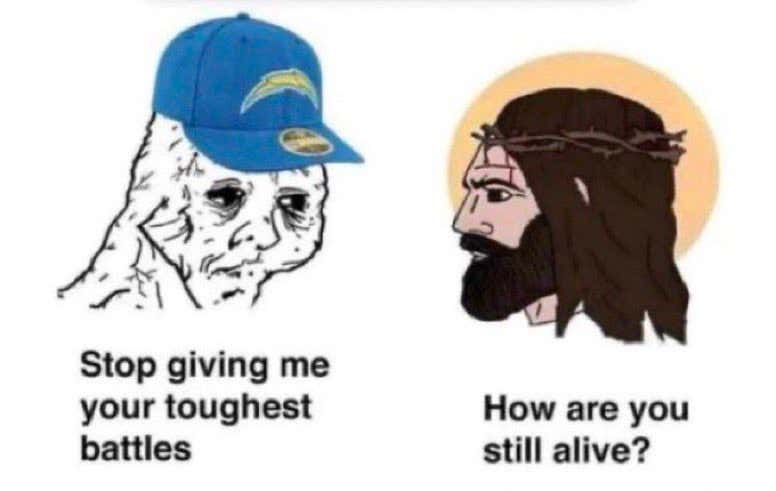 Somehow, during the bye week, they managed to pick up THREE new injuries. This team has been so historically fucked with injuries it blows my mind. Take a look at the opening day roster and what it looks like now.

As it stands right now, this offense is crippled. It will be the injured Justin Herbert throwing to his opening day WR5, kick returner DeAndre Carter, as a WR1. Next to him will be 4 practice squad players with a combined 15 NFL receptions. His offensive line has 2 rookies starting, including one who was drafted to play guard playing left tackle. If Ekeler doesn't suit up (he will), it will be the corpse of Sony Michel or rookie Isiah Spiller starting.

This team destroys my very soul every year and I just keep going back to them.