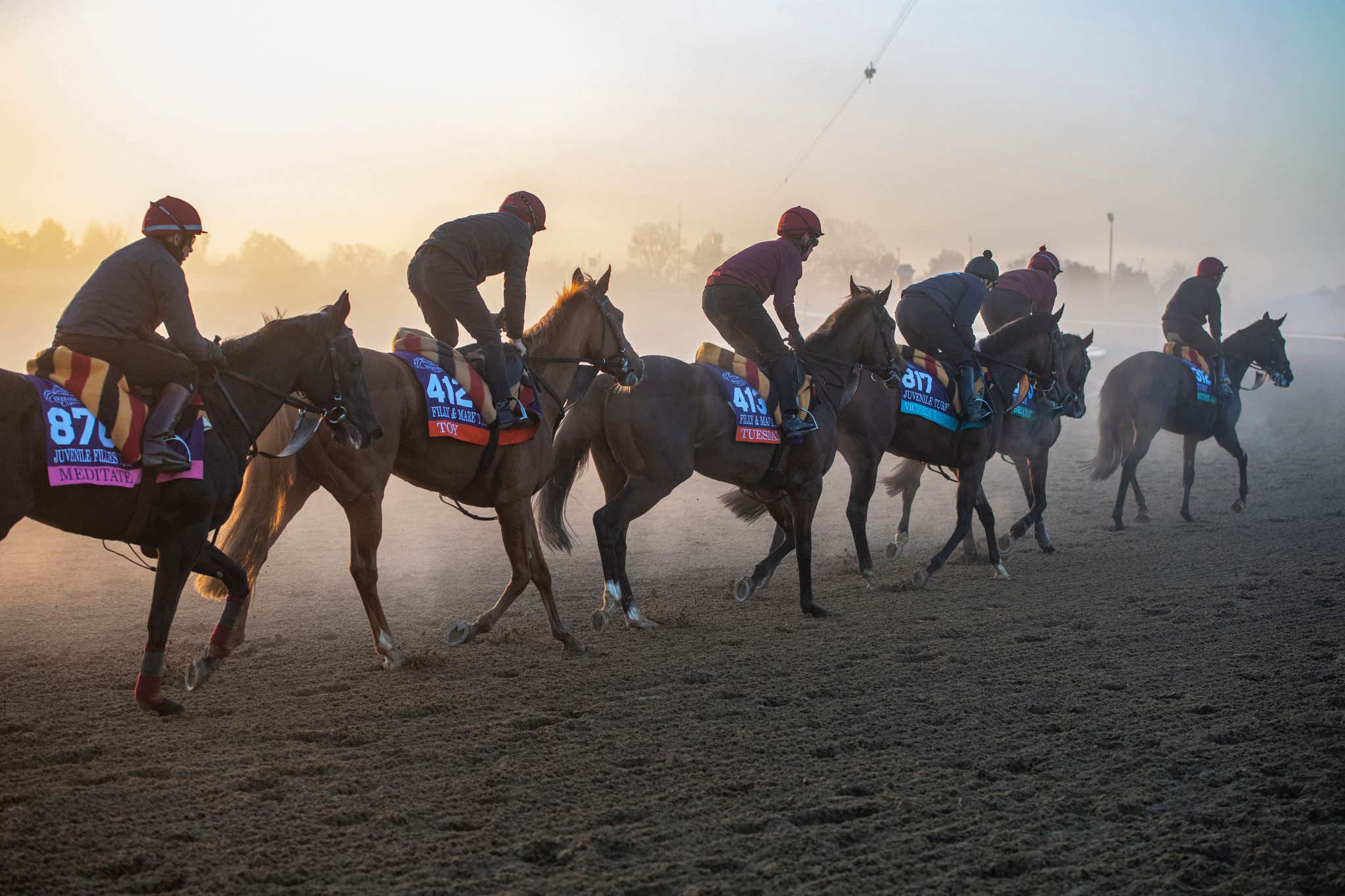 This is the hands down the best two days in horse racing. The Breeders Cup. The best of the best, racing over two days. I wanted to put together a little guide like I've done in the past. Go over some races, make some picks and just shoot the shit about horse racing, a sport I'm very fond of. It's a little weird in horse racing because wait until late to put bets in, you're always tinkering with a pick-4, you might hedge a little, whatever reason. So we'll make picks for today and then try to come back tomorrow with a breakdown of the 12 races. 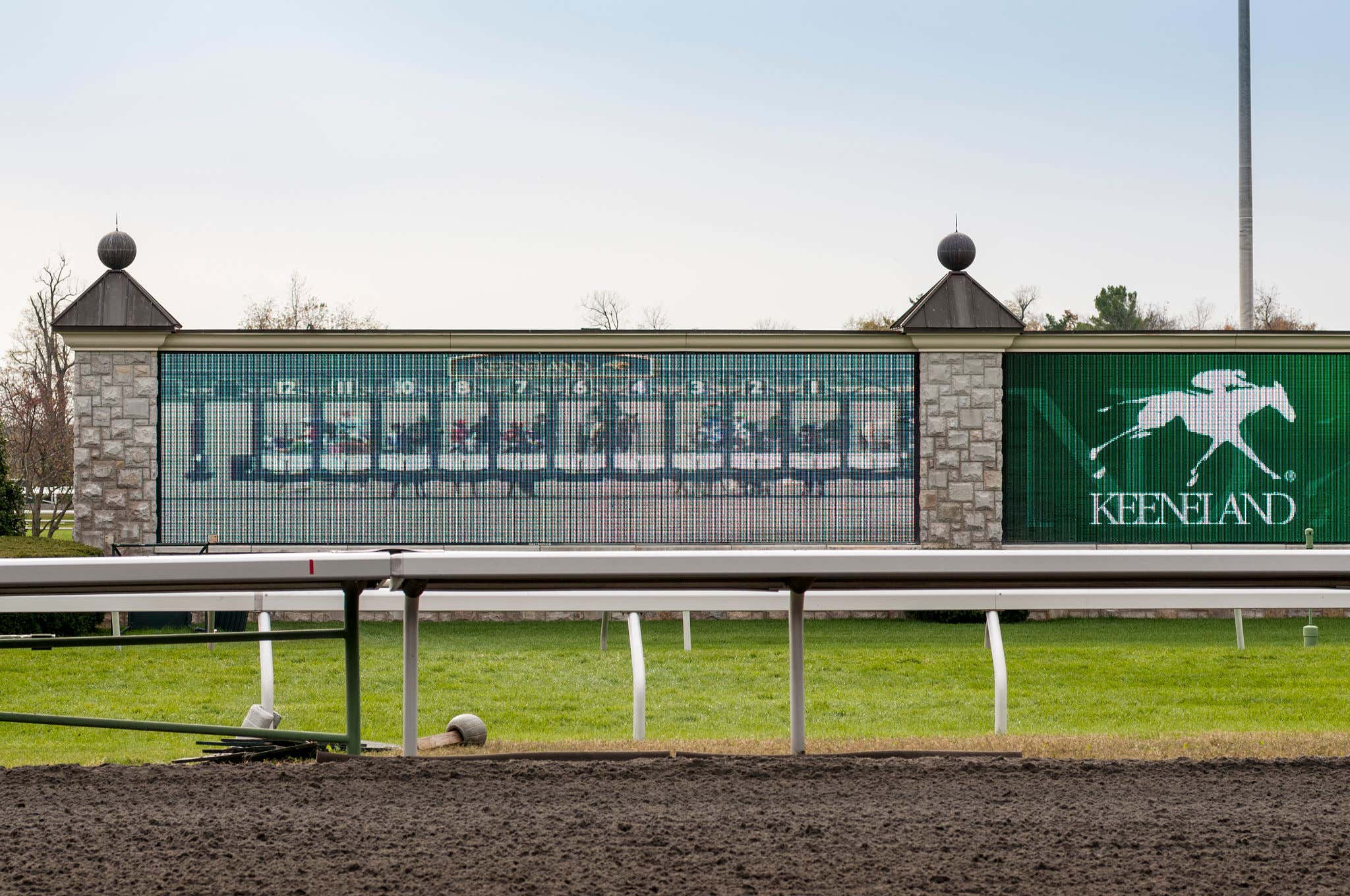 Beautiful, perfect, Keeneland. Had a buddy in college once say if heaven ain't as pretty as Keeneland don't send me there. I agree. A US National Historic Landmark built in 1936. I still need to get to Saratoga and the California tracks, but it's tough to beat Keeneland. It's just the perfect setup for horse racing. 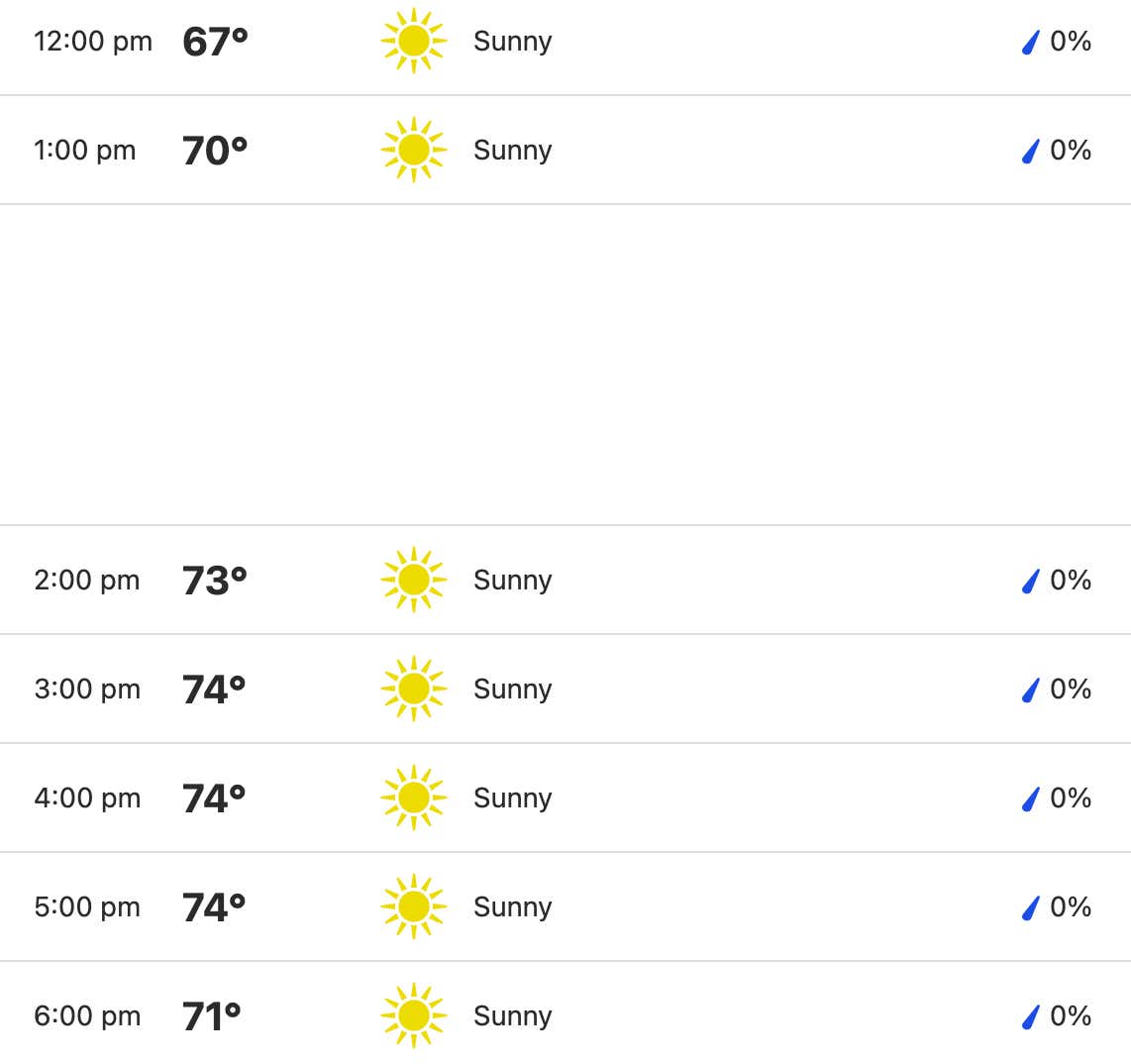 You couldn't ask for a better day. From the burgoo to the dresses to the racing. Look at that weather. That's ideal weather.

There are 10 races at Keeneland today, but Breeders Cup races start at race 6 with the Juvenile Turf Sprint . We're going to focus on them. All odds and pictures are from our friends at Hollywood Races. Download the app here. 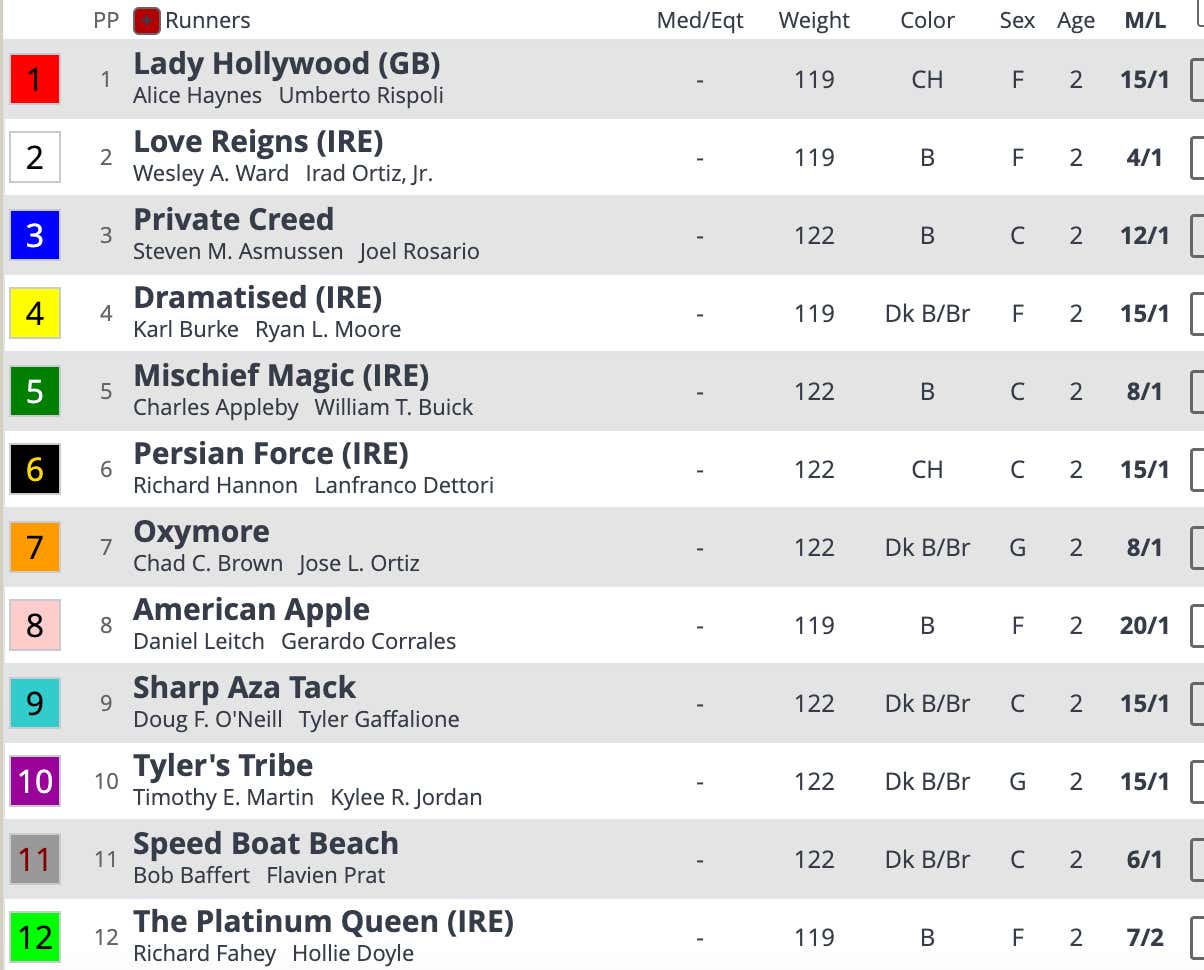 Love Reigns is going to be a popular pick and likely go off as the favorite thanks to Wesley Ward. I know people will look at the 12 too but there's not a lot of Breeders Cup experience there. It's worth noting that Ward has won this race the previous three years. Dude is a monster trainer. Baffert's also in this race with probably my favorite jockey in Flavien Prat and Speed Boat Beach did win out in Santa Anita. 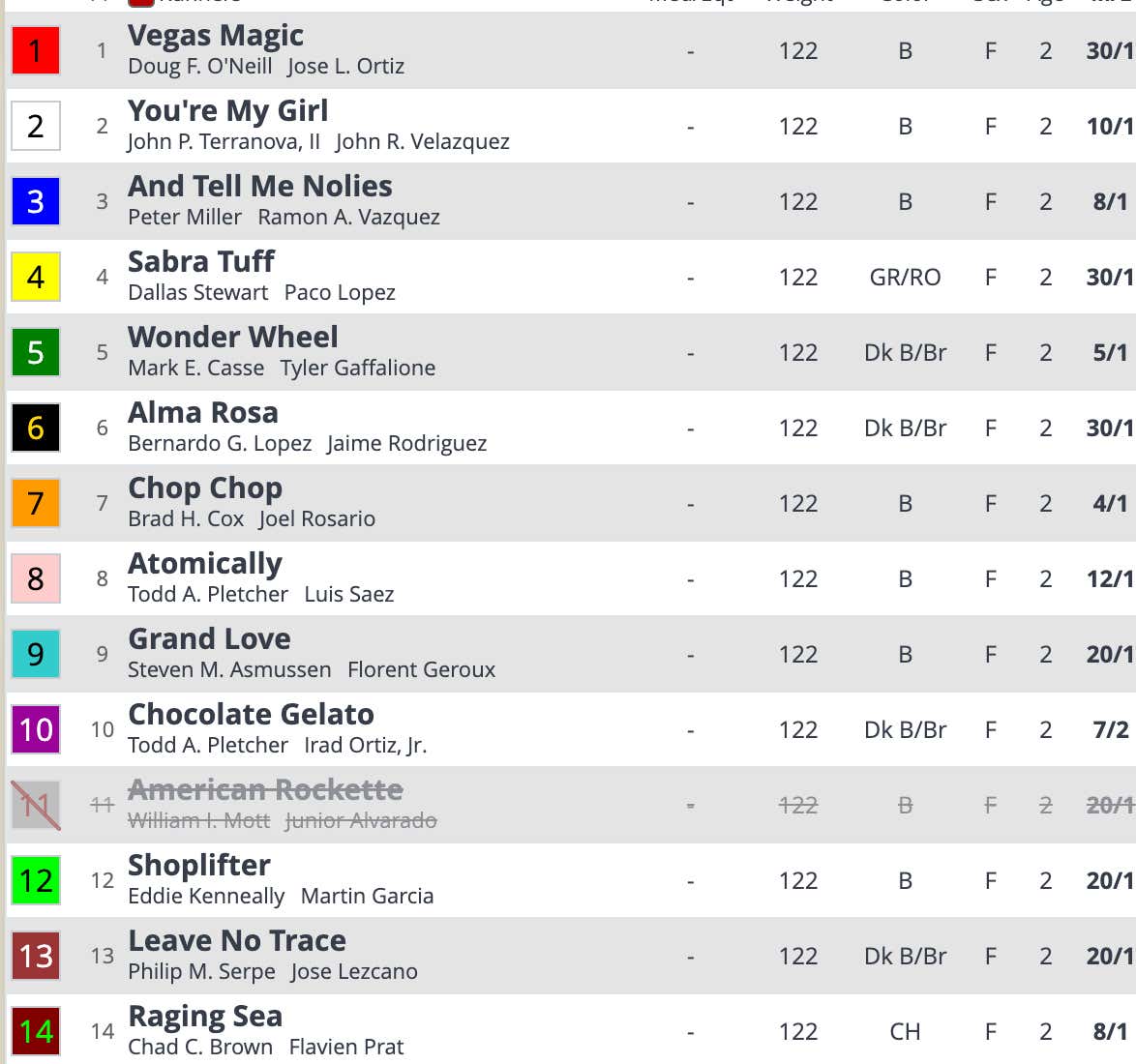 A wide open race and one of the best ones we'll see. This race tends to decide who is the best 2-year old horse in the country and you can see by the morning odds how open it feels. Chocolate Gelato is 7/2 but there's no runaway here. That said Pletcher/Ortiz have never won this race. Not ideal when you're looking at a favorite. Wonder Wheel is a damn good horse, who won at Keeneland back in early October. The 2nd place finisher in that race was Chop Chop, who also sits at 4/1. Rosario tends to be a monster in this race too which has Chop Chop looking very interesting. 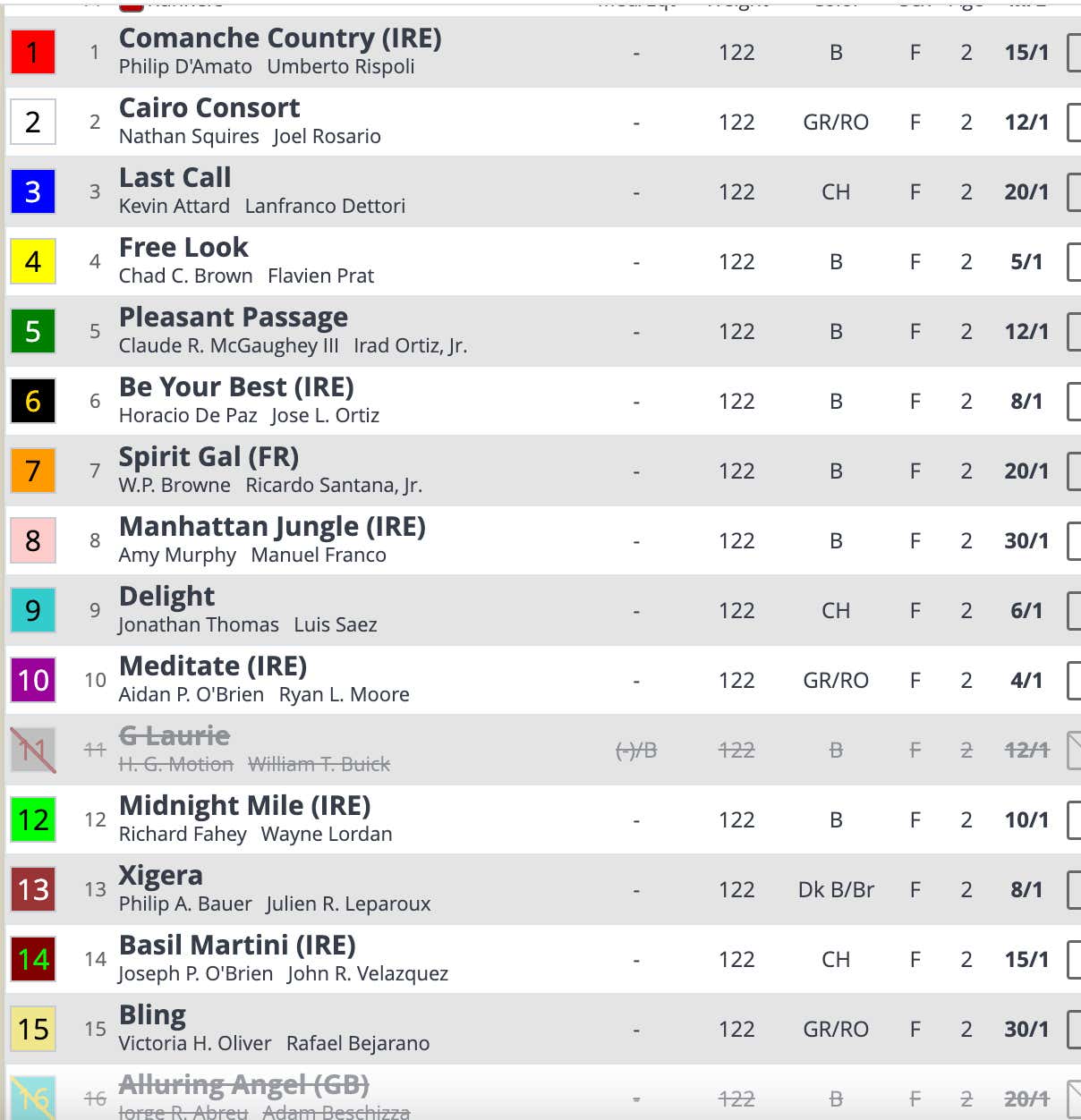 If you see Aidan O'Brien and Ryan Moore paired together in a big race like this you have to pay attention. That said, American horses have dominated this race. So that's a fear if you're going to try to put the No. 10 up top. I immediately go to a Delight or Free Look after seeing that. European horses haven't won this race since 2013. Basically the Big 10 basketball of this race. Chad Brown has won this race 5 times in 14 races. That's a pretty solid hit rate. 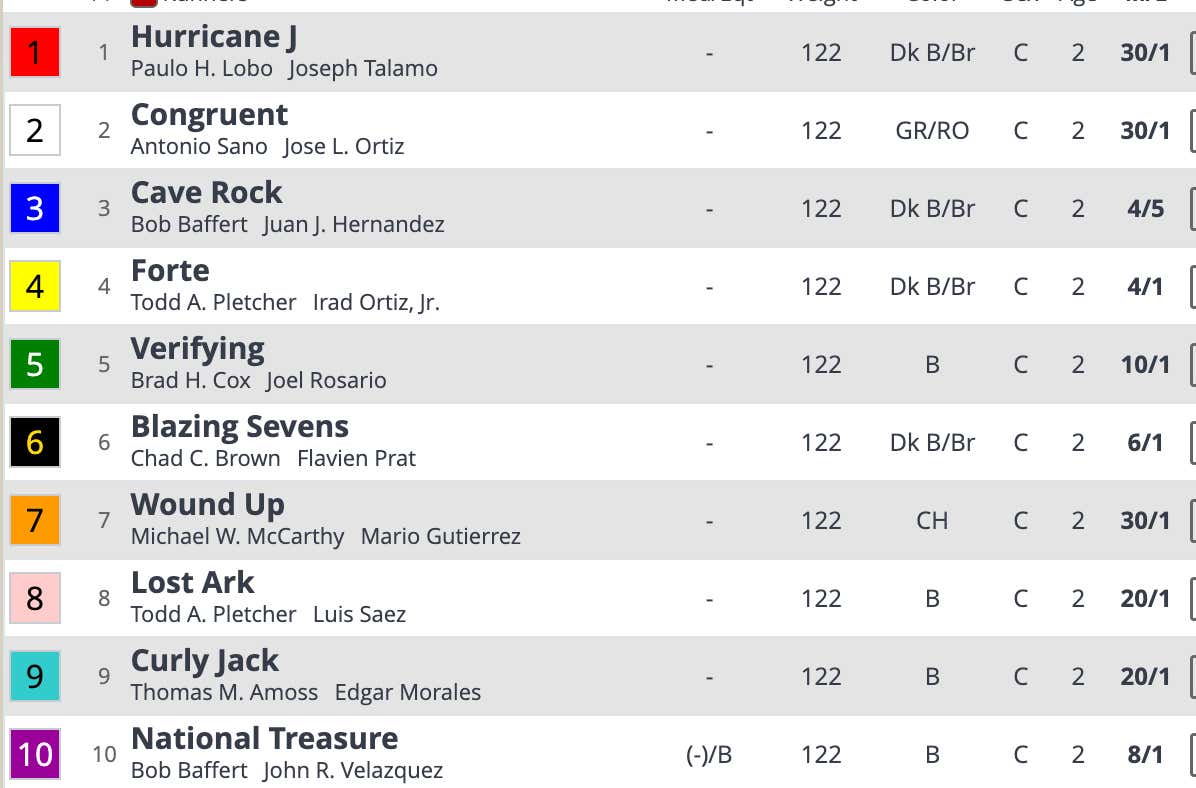 Cave Rock is going to be a popular single here. It makes sense, the horse is 3-for-3 and looks like a monster. You have the Baffert/Hernandez connection. As noted in most places this race is sort of an east coast vs west coast battle and Baffert has won 3 times in the lat 10 years. Cave Rock does have two Grade 1 stakes wins already too - coming at Del Mar and Santa Anita. Again, people are looking at Cave Rock and Flightline (on Saturday) as the two likely singles in horizontal betting. 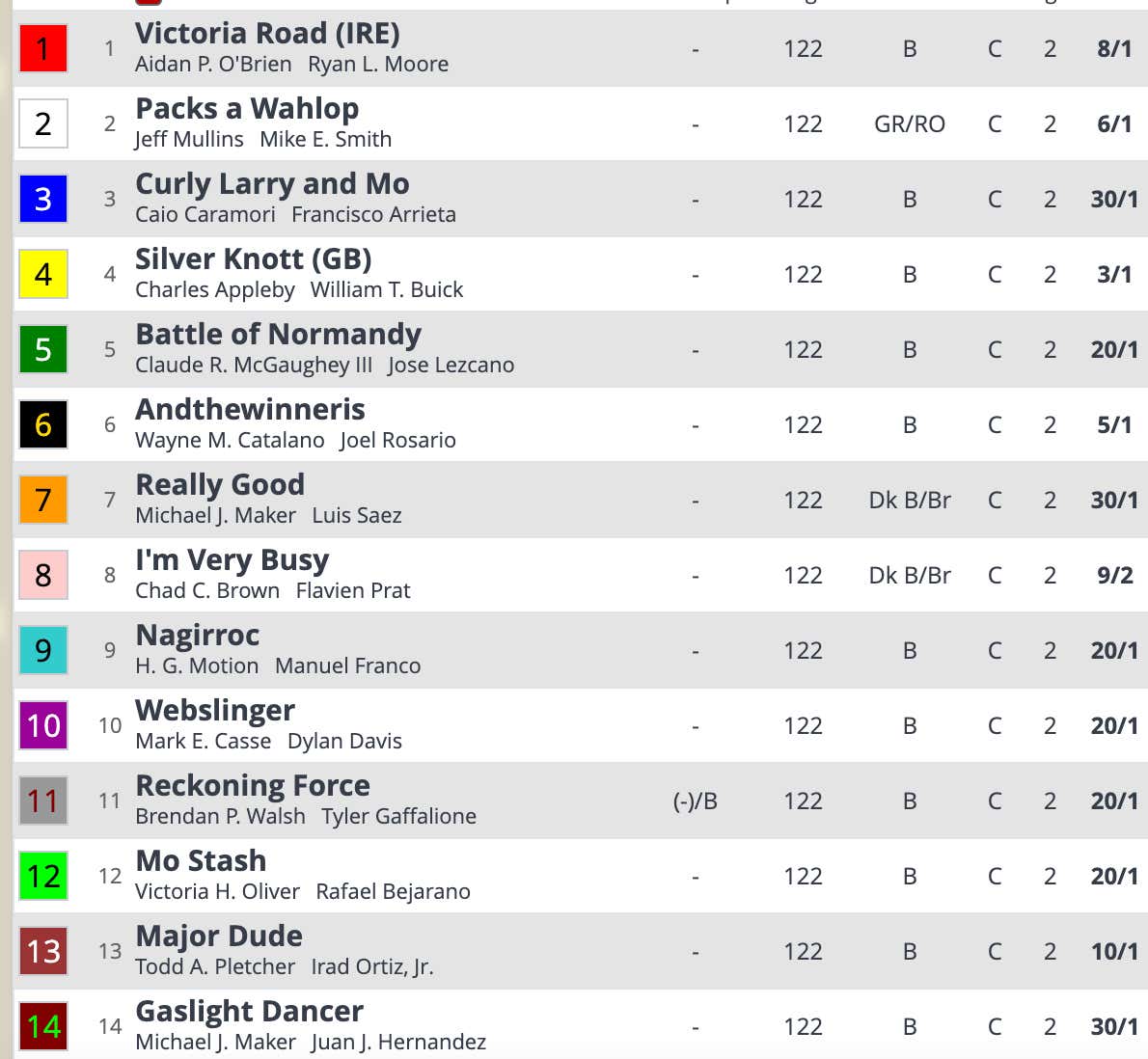 This is another race that European horses have somewhat dominated. They've won 10 of the first 15 races in this and that means right off the bat there's only two to look at. Again, you have the O'Brien/Moore connection on Victoria Road. The horse has run 7 times with 2 wins and 3 seconds. But two of those wins are in stake races. In fact Victoria Road is 2-for-2 in stake races. Both of those wins were the last two times out too so the horse is in form. The favorite will end up being the 4 - the other European. Silver Knott is making its first start in the US. That said we got fucked in this last year and it better not happen again:

Okay, here are the picks. Like I said, I'm writing this a little early so I may tinker. What's beautiful about horse racing is you can bet any which way. I love betting horizontals - Pick 4/5. But if there's a race I like I'll throw in an exacta. If there's a horse I love I'll use it up top in a tri.

Tough to play a cheap pick 5 in this sequence, even with a single of Cave Rock. I want to be covered and hope for some prices elsewhere. This ticket costs $120

Same thing goes for the pick-4.

With a single you have this for $50

If you want more coverage and not a single, here's this for $54

A long shot for each race

As always things can change with the track, weather, scratches, etc. But this is what I have for now. I'll be on Twitter watching races and talking about them. Shoot me your picks, shoot the shit or whatever there.