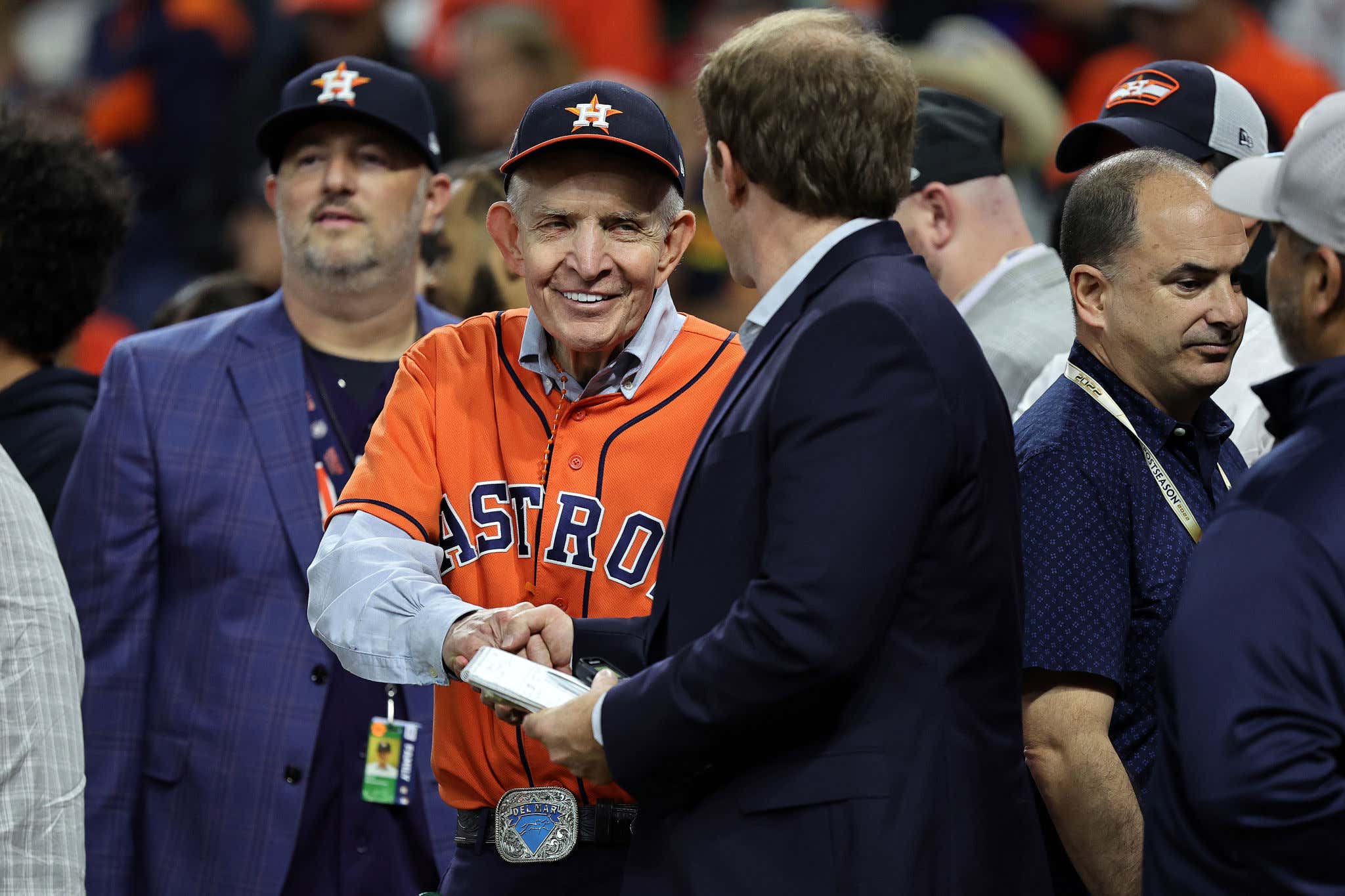 Chron -- A video clip made the rounds on social media early Wednesday showing Jim "Mattress Mack" McIngvale—owner of Houston's Gallery Furniture—in a heated exchange with a Philadelphia Phillies supporter while at Citizens Bank Park for Game 3 of the World Series. However, the high-profile Houston Astros fan doesn't seem to be harboring any ill will toward the City of Brotherly Love.

Prior to Game 4 of the World Series, McIngvale posted a video to his Facebook page announcing that he had a special treat for Philadelphia Eagles fans living in Houston: McIngvale is giving away 18 tickets to watch Thursday night's game between the Eagles and Texans from his suite at NRG Stadium. All Eagles fans have to do is reach out to Gerald McNeil, a former professional football player who now works with McIngvale.

I picked up a ton of newfound respect for Mattress Mack the other night. Anytime you get a 71-year-old dude from out of town who can go toe-to-toe with Philly fans in a shouting match, you know you're amongst a legend.

Obviously tensions were high, things were said in the heat of the moment, another classic case of dealing with Philly fans when you've got millions upon millions of dollars on the line. Who amongst us hasn't been in that situation before? It's not a true trip to Philadelphia if you don't flip off at least 7 people and get into several fuck off's with the fans. I'm glad that Mattress Mack got to get a true Philly experience.

But to then turn around and do something like this? Offer up 9 pairs of tickets to Eagles fans in Houston to sit in his suite at NRG for tonight's Eagles vs Texans game? Well that's just a touch of class that only someone like the Mack could pull off. Bygones be bygones. Water under the bridge. And 18 Birds fans in the suite.

It would be easy for Mattress Mack to hold onto that hate for Philly fans he had on Tuesday night. I don't think anyone would blame him. But this gesture here warms up my ice cold Philly heart. Don't get me wrong, I hope Mattress Mack has a miserable night tonight. I hope the Phillies pummel the Astros and the Eagles can put in their backups 5 minutes into the 2nd quarter. But Mattress Mack has a fan for life in me now.