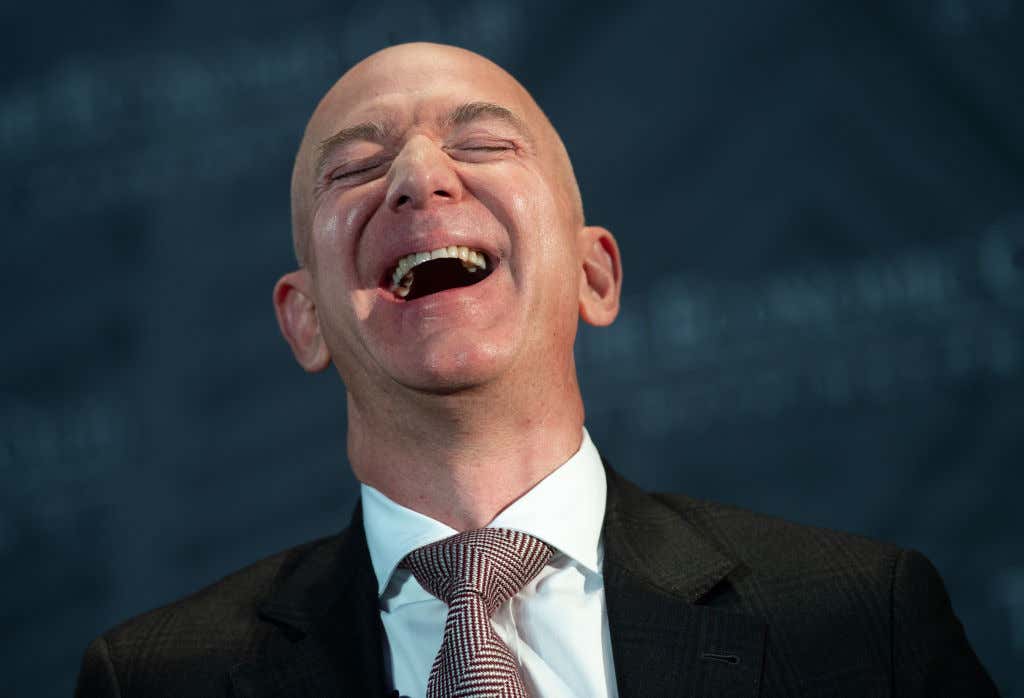 People - Jeff Bezos is interested in purchasing the Washington Commanders, a source close to the billionaire tells PEOPLE.

The source says that Bezos, 58, is "looking into buying the Washington Commanders" after current owners Dan and Tanya Snyder announced they were exploring options to sell the NFL team on Wednesday.

Bezos is considering making the purchase "possibly in partnership" with Jay-Z, according to the insider. The rapper previously owned a stake in the Brooklyn Nets.

1) This is the most obvious "rumor" of all time. I could have written the Bezos blog yesterday with the same totally real and not at all made up sources as People Magazine. Hysterical to think People Magazine has an inside scoop into the world of the NFL and Jeff Bezos. Sure pals. But they were smart enough to run with it, so credit to them. It's the most "no shit" rumor possible - super rich guy wants to buy football team. No way! Stunning!

2) Are we about to bow down to our new overlord Jeff Bezos? I mean, he'd be a fine owner, right? He'd build a state of the art stadium in DC, develop the land around it, and spare no expense when it comes to the team. And I don't think we would have to worry about him being Snyder Pt. 2, having his grubby hands all over the team. He's too busy doing other shit like drinking fetus blood and being a robot and whatever else he does. I don't think he would be in the draft room trying to take Malcolm Kelly. Doesn't seem like the Bezos thing to do.

Is he a front runner to buy the team though? I'd sorta guess no. For some reason I feel the other NFL owners don't want him in their club. I can't put my finger on exactly why- is he too rich? Too powerful? Something like that. But on the other hand, having the richest man in the world in your club probably can't be the worst thing either. Better than have cheapskate owners or fuckheads like Snyder.

This will be interesting to follow. I'm still rooting for Alexis and Serena to put together a group and buy them. But Bezos is obviously going to be the highest bidder. But hey, as the saying goes, Anyone Besides Snyder.