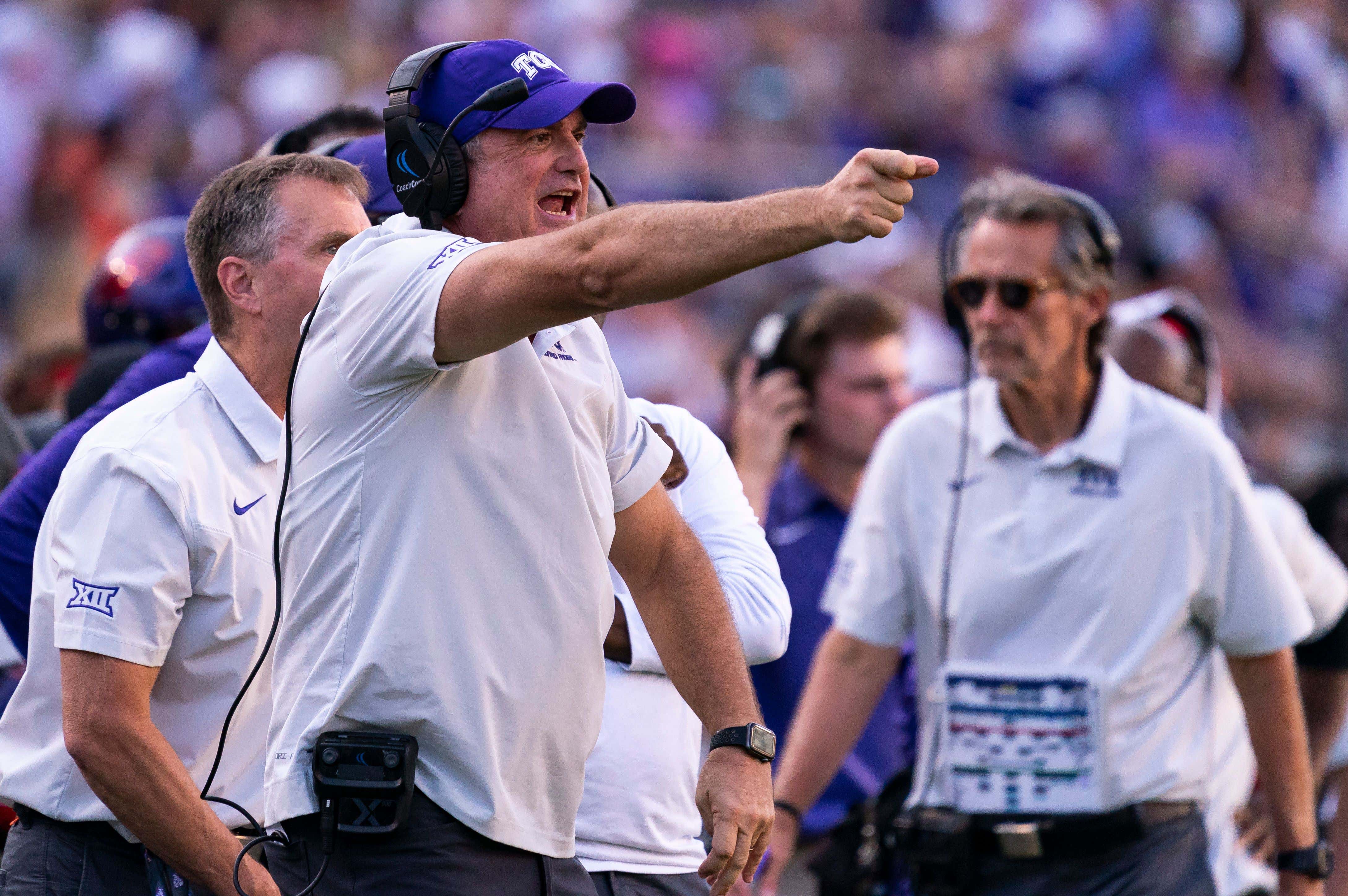 On today's Pardon My Take… SONNY DYKES! The Head Coach of the TCU Horned Frogs joined Mr. Cat and Mr. Commenter in the middle of his team's 8-0 season to apologize for the crazy cover against West Virginia, his relationship with Dana Holgorsen, what it was like to coach Jared Goff, and much more.

As is the case with other college football coaches, Coach Dykes has a Wikipedia page. While it is no longer there, his "Early Years" section once stated that Coach Dykes had a nuclear engineering degree from Texas Tech. A college football coach roaming the sidelines after studying… nuclear engineering?! Well, it sounds crazy, but it's not exactly true. The guys discussed this topic on today's show, and Coach Dykes cleared things up:

Mr. Commenter: I just want to clear something up, you do not have a degree in nuclear engineering, correct?

Sonny Dykes: No, no no. You know, my guess is my wife put that on my Wikipedia. It's close to nuclear engineering, it's history.

Mr. Commenter: Okay. Yeah, there's some overlap there, I guess.

Sonny Dykes: We studied some nuclear submarines, maybe, when I was taking a history class. But that's about as close to nuclear as anything I've ever been.

Mr. Commenter: The funny thing is, I could see Mike Leach hiring a guy that was a nuclear engineer, because he would think that type of mind would work in a football environment.

Sonny Dykes: Yeah, but it wasn't me. I definitely wasn't the guy. Maybe Dana [Holgorsen].

After further review… Coach Sonny Dykes was NOT a nuclear engineering major. But the fact that he thinks it was his wife who edited the Wikipedia page? That sure is something.