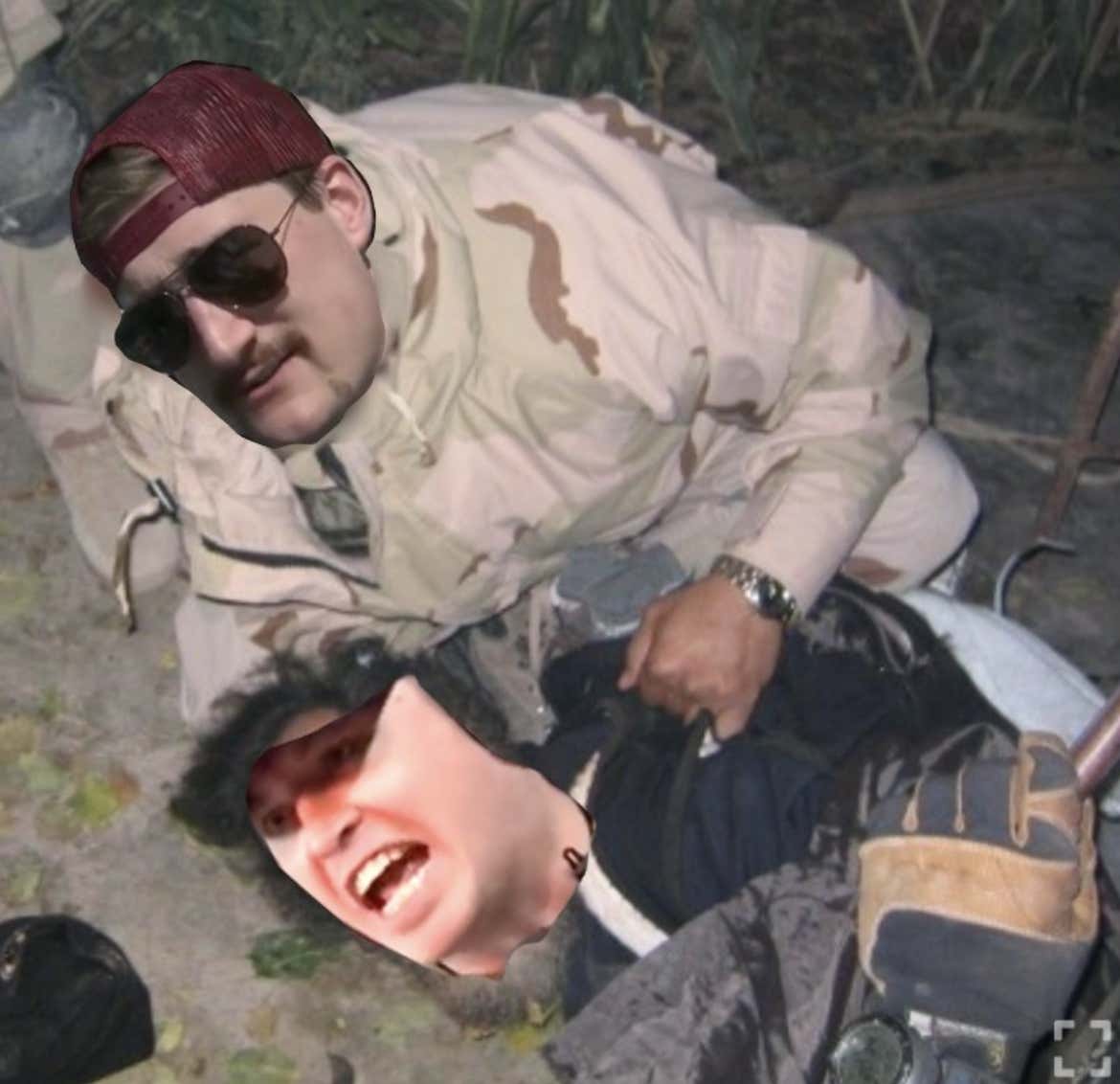 So back in the day, when I was serving in Afghanistan, we got a tip from the villagers that there was a guy in the Taliban that wasn't paying his Taliban taxes. Everyone was pissed at him because he wouldn't show up for Taliban duty or any workdays because he had to take mental health days when certain other Taliban coworkers showed up. No one knew why this Taliban man had such issues with his coworkers, but on these days, he would go hide, screaming "Get in my hole!" Or sometimes he would be in a Toyota pickup truck with a machine gun on the back yelling "RIDE WITH ME" when in reality, those pickup trucks would always get everyone caught by U.S Marines.

Anyway, everyone wanted this guy to get taken to Al Ghraib by U.S. soldiers because he recently fired an RPG at a fellow Taliban member named Big T(aliban). It caused quite a ruckus and then when they realized this guy wasn't showing up for Taliban work because of the commute, they wanted him gone. We couldn't drone strike the guy because he was always hiding in a hole, so the extraction team consisting of the troop, the QB, and I busted into his hole and said, "Hey dude, we are arresting you".

He then just ignored us and tried to avoid us because this was probably the coping mechanism he was taught in kindergarten. He then pulled out his Taliban smartphone and started tweeting shit about us and wouldn't say it to our face because he was fake Taliban tough and appropriating Italian culture.

So we dragged him out of his Taliban hole and sent him to Gitmo and that's why Rico has beef with me.