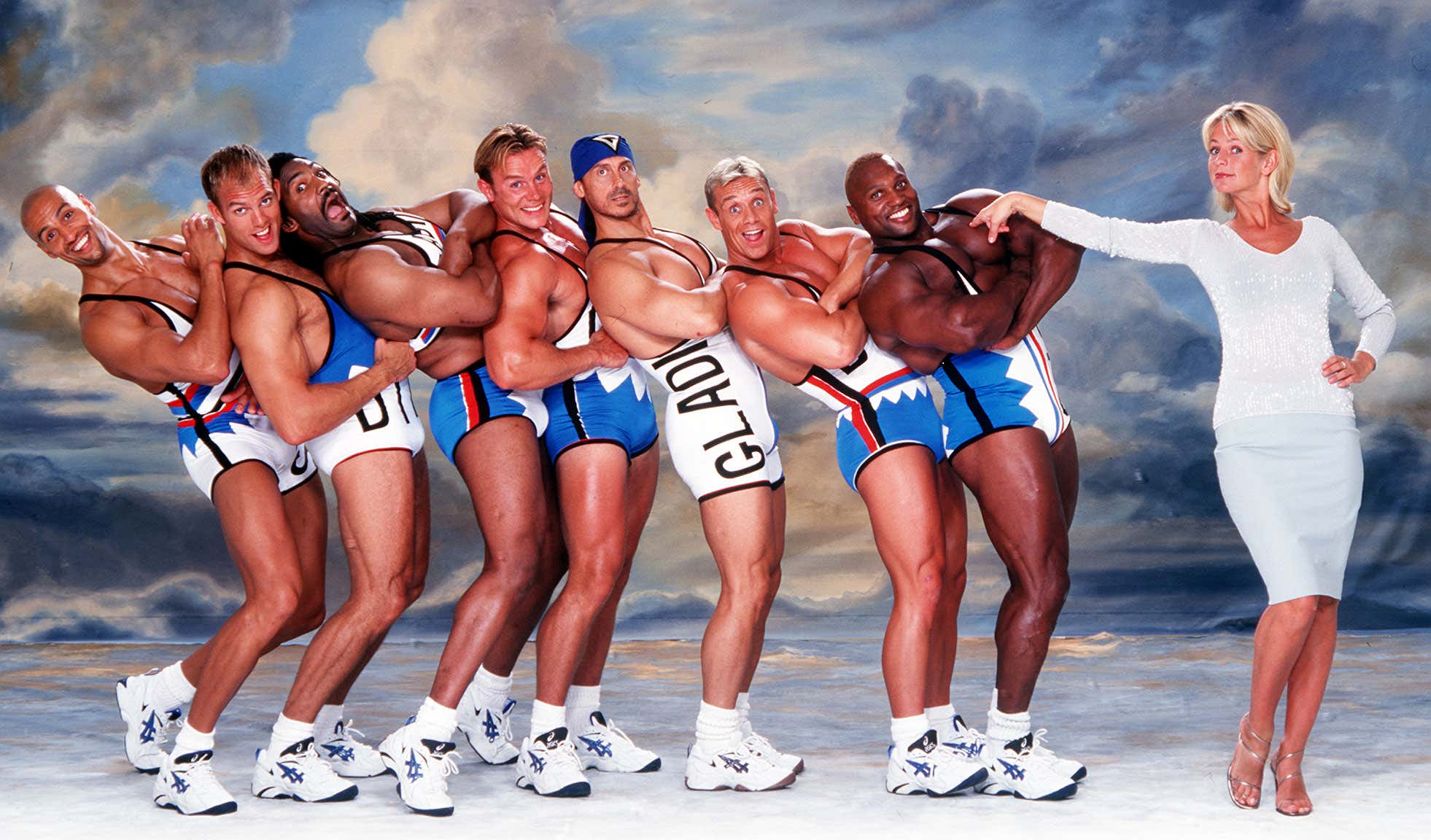 If you're not old enough to remember American Gladiators - and given that its final episode aired an incredible 25 years ago, that means a lot of you - I pity you. You truly missed out on some of the greatest garbage television of the late-analog TV age.

If you do remember it, no explanation is necessary. If you don't, none will suffice. But briefly, American Gladiators attempted to answer the age-old question, "What would it be like to take a collection of obvious steroid freaks, put them in an arena, and have them compete in a series of ridiculous and yet completely harmless tests of strength and endurance, like playing King of the Hill on pyramids of soft cushions and fight with pugil sticks with big balls of foam on the ends?" Picture the Roman gladiators, but where the combatants were fed Andro instead of meat and grains, they used pillows for weapons, and the Coliseum was a McDonald's Playland-style ball pit.

I bring it up because I was today years old when I learned that during the same years Americans were squandering our precious hours on this hot trash, there was also a British version. (To be fair, before the internet, we had no way of knowing what was going on in Europe. In the early 90s, word of anything had to cross the seas by ship, and it took months.) I found this out because a former co-host of their version:

… who apparently is still a big celebrity in the UK, has been describing the behind-the-scenes goings on at the show. And those of us who always assumed it was pure debauchery will not be disappointed.

Source - Ulrika Jonsson has claimed that the stars of popular 90s TV show Gladiators were ‘jumping from bed to bed’ whilst the show was being filmed. …

Speaking to Vicki Pattison on her podcast [Jonsson] said that one contestant had sex with four people in one night.

She said: “In the first year, there was loads of jumping from bed to bed,

“One female gladiator said: 'You were f***ing five people!'

“People were coming and going in your room last night', and she replied: 'No, only four'.”

Ulrika said: "The Gladiators themselves had to have bodyguards, it was really bizarre - they just became so popular.

Fair play to her, Ulrika managed to keep her counsel about whether she was involved in any of the off-screen sexual shenanigans. …

However, she did explain what went down with her relationship with ex-Gladiator Hunter in 1996 when the pair were both employed on the ITV show. …

"He was only 22 when I think when I got together with him. Poor boy."

Our societies on both sides of the Atlantic have come a long way since then. Backwards. And if I may be so bold, there is nothing wrong with the English-speaking world that can't be cured by bringing Gladiator back. We have enough troubles as it is. And now, more than ever, could use exactly this sort of mindless tomfoolery. 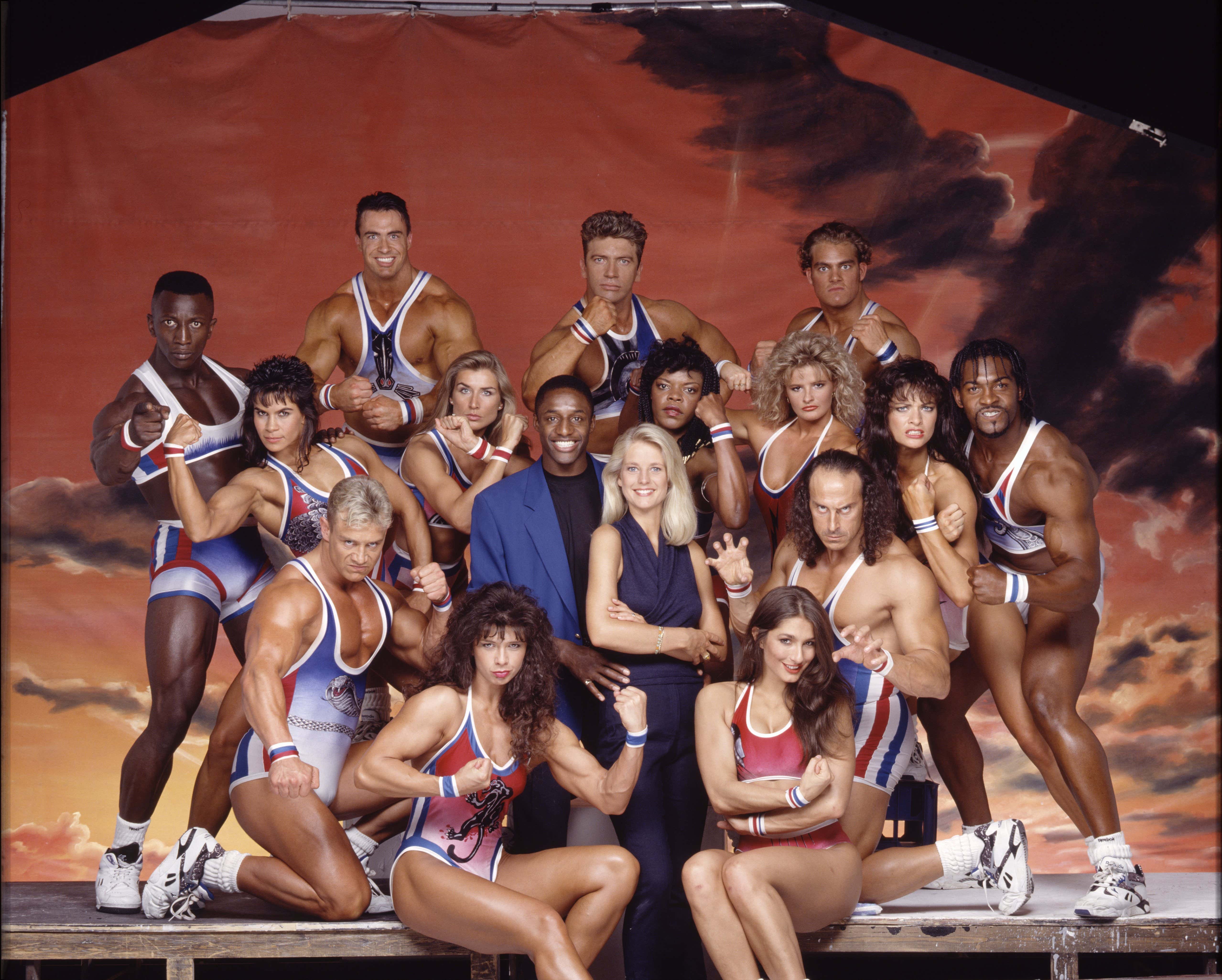 Dare I say, we need it. We need attractive, freakishly muscled fame whores willing to risk their health by pumping themselves with a Walgreen's worth of chemicals for our amusement. And in return, we give them the sort of adulation one can only get from competing in what is essentially a giant pillow fort in preposterous events wearing silly costumes under one-word aliases. Then we live vicariously through them while they pull trains on one another and make sweet, sweet love to their program's smokeshow host.

I'm not saying bringing back Gladiators will cure all of society's ills. Wait. Strike that. That is precisely what I'm saying. Nothing will unite our fractured culture like the return of this noble institution. It was once the peak of Western Civilization. And it can be again. But first, we'll need to find the next Ulrika Jonsson.