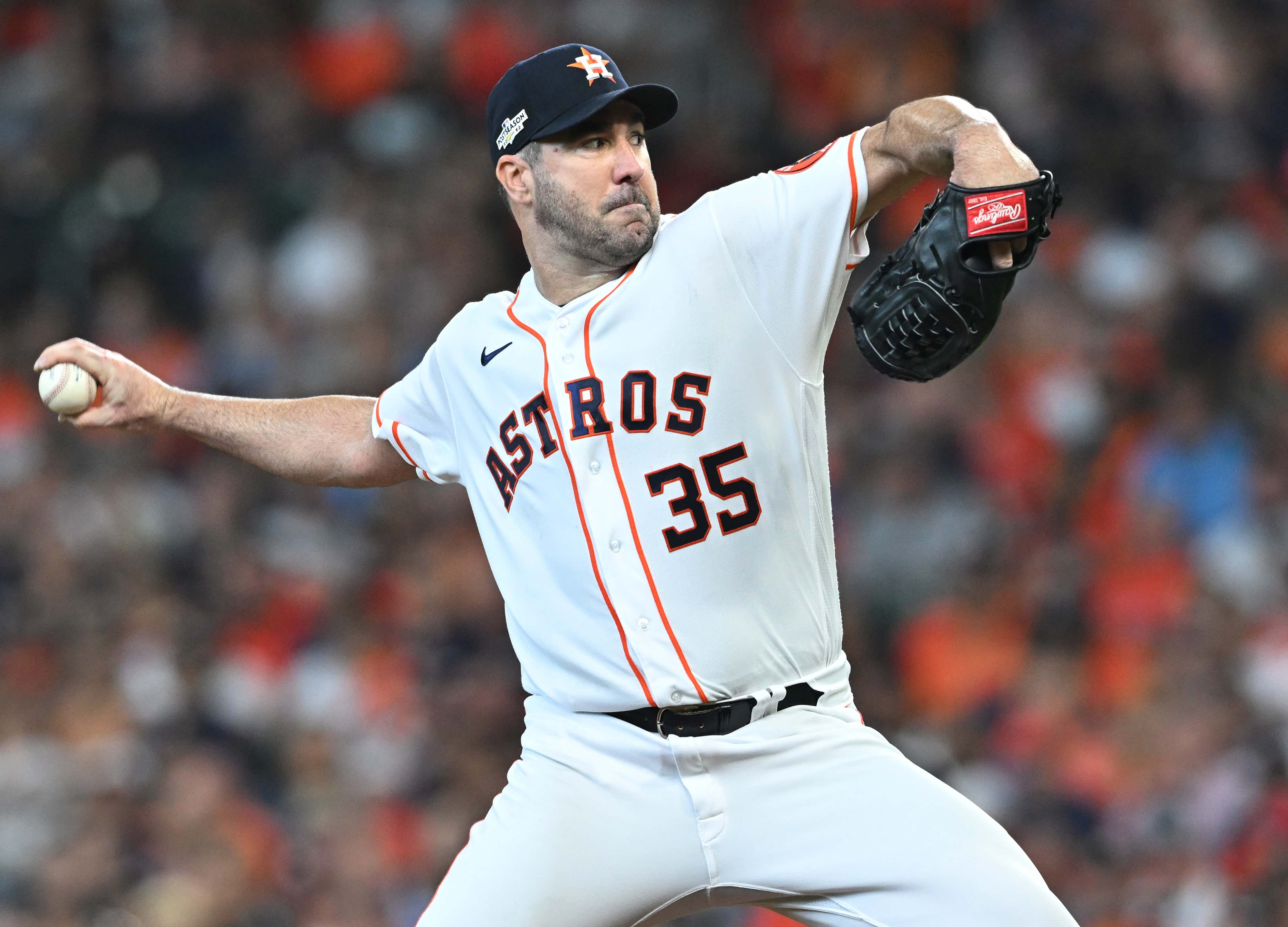 Justin Verlander is a future Hall of Famer.

Literally a star pitcher in what has felt like my entire adult life.

He will be remembered as all of those things at his Cooperstown Induction. People will marvel at his skills for years to come. There's really no denying the man was a star pitcher and could just bring it.

However … I will put this out there. He's been underwhelming in the post season , and flat out awful in the World Series.

The season is on the line once again, and the ball is in Justin Verlander's hand for a MONSTER game 5. He has every opportunity to put his team in the driver's seat for this World Series and throw a gem. He can end all the talk of his past struggles if he grabs his massive balls that he has had his entire career and goes and wills himself to a victory. If you ask me it's a legacy game. This game will be the one he can look back on in 40 years when his hair is grey , his bones are weak and all his has is his memories. He can pop this game on and know in his heart and his mind that in one of the biggest games of his career, maybe one of the last big games of his career … he showed up. He balled out. He threw his ass off.

He can do the same thing he's done in the World Series for his entire career and struggle. He can be content with passing the buck, he can be content with leaving it for the next guy. He can say "life's not that bad" and have a nice dinner with his smoke wife and go to sleep easily. He can be weak, he can be passive, and he can have a loser mentality.

Justin Verlander needs to decide that when his name comes up down the road and people reminisce about him, does he want to be "A great pitcher who married Kate Upton", or "The guy who showed up when it matters."

One thing I know for sure is we will find out what exactly Justin Verlander is made of, one last time, on the biggest stage .. tonight. This is a legacy game, and those are sometimes the best to watch, because of how much hangs in the balance, How much one man's legacy stands to win or lose via the result. I can't wait to see what Verlander is made of.

PS- I have a sizable wager on Houston +350 so if Verlander doesn't deliver he's in the graveyard.

Bonus PS- a collage of Kate Upton to help clicks