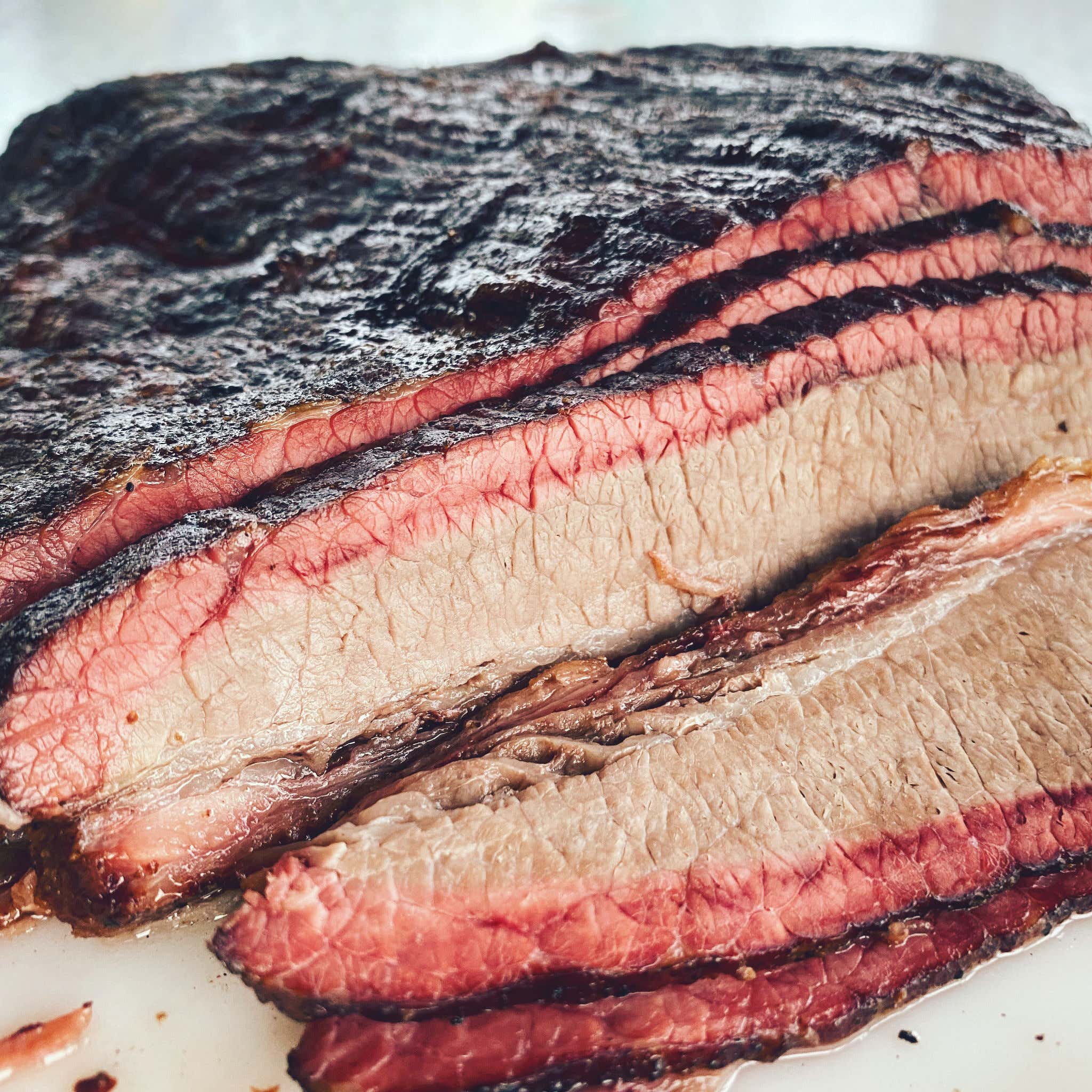 NewsObserver -- A customer at Clyde Cooper’s in Raleigh learned this week that there’s no medium rare in barbecue. “Yesterday, we had a customer come in and order takeout, a barbecue plate and a couple sides,” said Ashley Holt, whose mother Debbie Holt owns Clyde Cooper’s Barbecue in Raleigh and interacted with the customer. “She left and came back and said her barbecue was undercooked because it had a lot of pink in it. We explained that’s because it’s smoked. When pork is smoked, it turns pink.”

Holt said a few minutes later a Raleigh Police officer came to the restaurant, talked to the customer outside and then entered Clyde Cooper’s, asking about the pork. “The cop looked so confused,” Holt said. “He seemed baffled by someone calling the cops over this.” 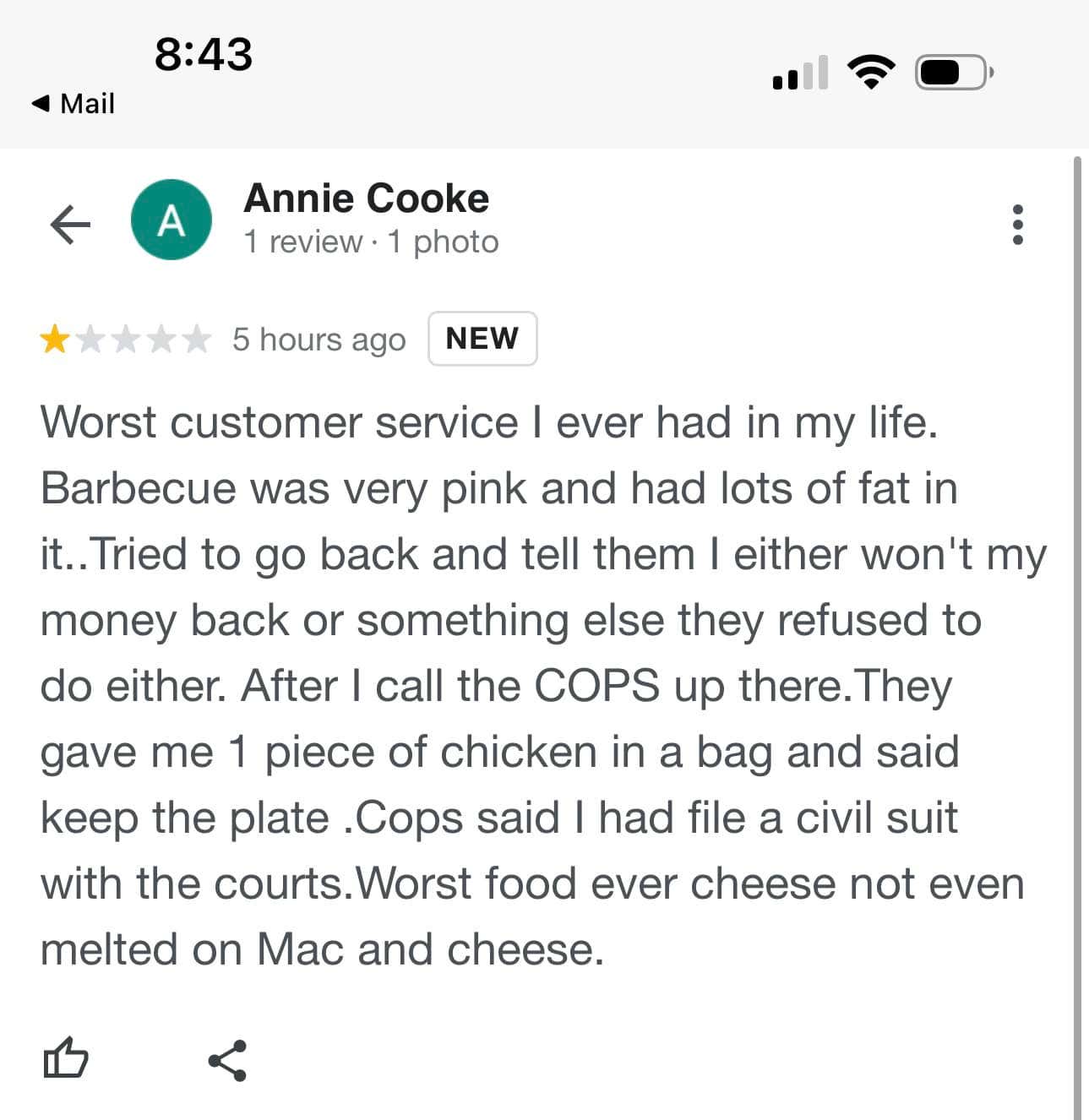 You know how falsely accusing someone of a crime can become a crime in itself? That's what I need to happen here. Whether it is a civil lawsuit for defamation or maybe just the cops step up and do the right thing, I need this lady in jail and I need her to serve a maximum sentence. Because we, as a society, need to make an example out of this imbecile. And it also seems like we, as a society, need to take a quick little lesson on the magic of smoking meat.

You see, kids, when meat is cooked via smoke there is this chemical reaction that occurs. There's a protein in all meat called "myoglobin". This is an oxygen binding protein, and it's the protein that makes raw meat appear to be pink or red. Some people might think raw meat is red because of blood, but that's just not the case at all. Now when you take raw meat and add heat to it (aka cooking), the myoglobin breaks down and starts to brown. That starts to happens somewhere around an internal temperature of 140°. But here's the kicker--when you cook with smoke, there is a bunch of nitric oxide present.

When the nitric oxide from the smoke penetrates the meat before it reaches that internal temperature of 140°, it stops the myoglobin from breaking down and changing colors. The meat is still cooking, the internal temperature is still rising, it's just that change in color never happens. So when you see a smoke ring on your barbecue, it's really just a fun little demonstration of how much smoke penetrated the meat before it got to 140°. Nothing more, nothing less. It doesn't mean that it's raw, it doesn't mean that it's not safe to eat, it just says that amount of nitric oxide reacted with myoglobin to prevent it from changing colors.

If you've stuck with me so far, you deserve a little treat. So here ya go.

Okay so now let's get back to the story.

It looks like this idiot also complained to the cops about the meat having "lots of fat in it". And this is where I really draw the line. Because for far too long, we've allowed ourselves to think that fat is the enemy. When in reality, fat is your best friend. Fat is flavor. Fat is tenderness and juiciness. Without fat in barbecue, you'd pretty much end up with a pile of beef jerky every time you threw something on the smoker. Because as that fat cooks and renders down, it keeps everything moist. If you want to eat a piece of leather then sure, trim away all the fat you want. But if you want something that is delicious and smooth and buttery and melts in your mouth? Then that's where fat comes in.

With that being said…you need to make sure that you render the fat correctly before you're serving the food. There's a big difference between a perfectly cooked fatty slice of brisket and a brisket that just has a massive line of un-rendered fat across the top.

Long story short, this lady needs to be in jail. It sounds to me like she received a perfect plate of bbq. And then not only did she refuse to enjoy it, but she went ahead and tried to get the law involved for her own stupidity. That makes her a threat to society, and we can't be having people like that just walking amongst us.