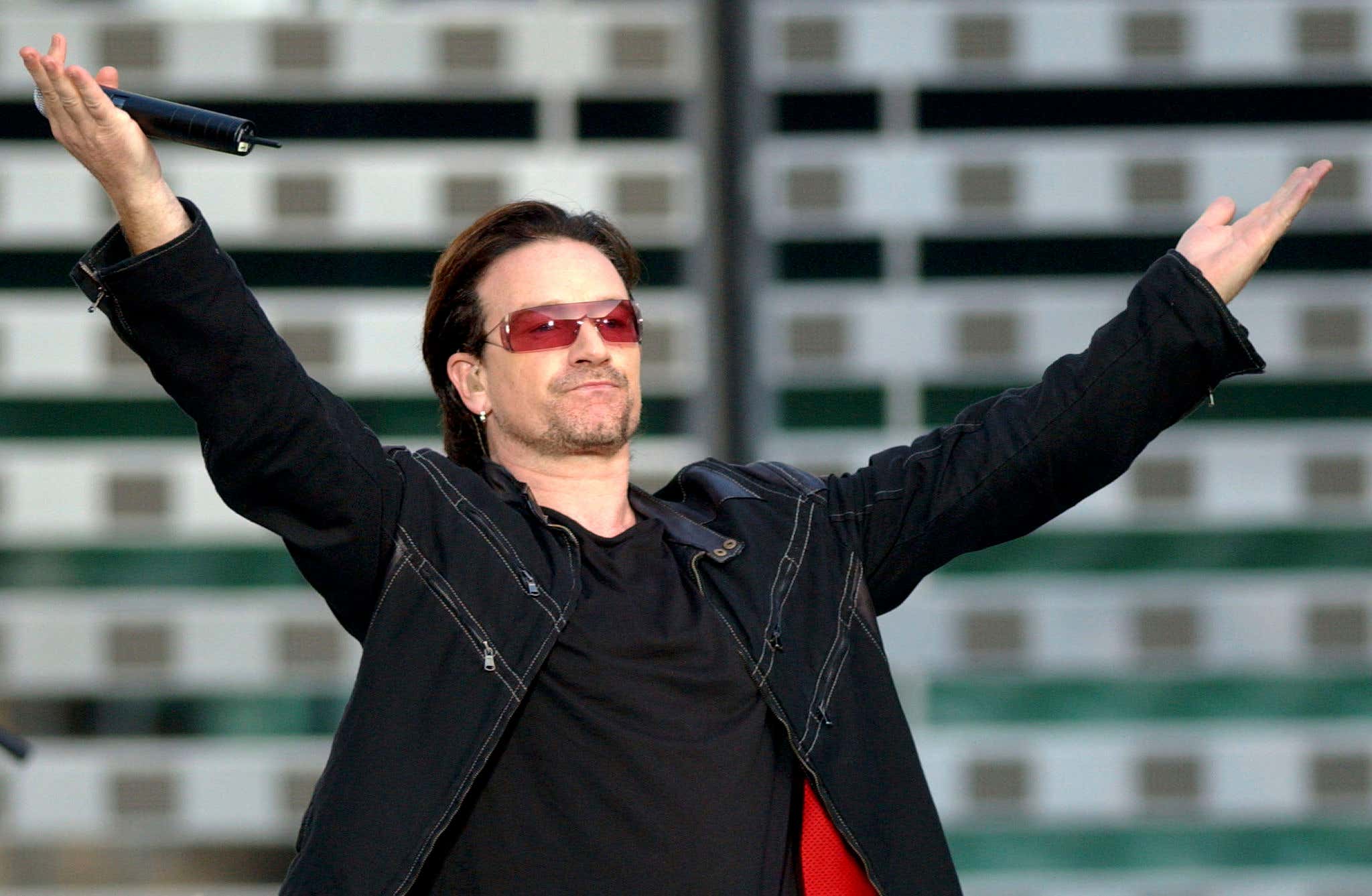 I've had this long-lasting distaste for Bono ever since U2's new album inexplicably appeared on my phone back in 2014. What a fucking power move that was, huh? Anyways, I think I've come around on the guy after reading this story about him falling asleep in The Lincoln Bedroom.

The U2 front man and his wife Ali Hewson had been attending a dinner in the White House hosted by Obama, with whom Bono has a longstanding relationship, when he found himself 'slipping off for a kip'. 'The 44th president of the United States - he mixes cocktails. He doesn't have too many, he's very measured,' said Bono, adding that, 'he does make strong cocktails, though, just saying.'

She said, "He has to, he just has to go for these sleeps, he'll be back in 10 minutes. I've been with him for 30 years, don't you worry a thing about him, Mr. President. I'll go find him.'',' Bono recalled. But Obama insisted on coming with her and remembered he had been speaking with Bono about Lincoln's historic Gettysburg Address. That's when he knew to look in the Lincoln Bedroom, Bono recalled on the radio show.

'He just woke me up and laughed. President laughed his head off,' Bono said.

Today I learned that Bono and Frank the Tank are more alike than I originally thought. Aside from being world class entertainers they both utilize the great living technique of sleep shifts. When it comes to those sleep shifts, they can happen anytime, any place whether that be in a car, a comfy chair, the Barstool Gambling Cave, or the White House.

When Bono disappeared Obama became concerned and asked Hewson about his whereabouts. 'She said, "He's just gone for a sleep." [Obama] said, "I'm sorry?",' Bono recalled.  Hewson explained to Obama that after years of marriage to Bono she's become used to such behavior and that usually he dozes off in the car, but since they couldn't park outside the White House, that wasn't an option.

My god must it be cool to have the confidence a superstar celebrity possesses. You're in the White House absolutely shitcanned and you think it's perfectly normal to just crash in The Lincoln Bedroom. Such a rockstar move that none of us could ever pull off. Gotta be annoying as fuck for his wife to always come up with excuses as to where he went. Obama going out to search for him shows you how fun of a guy he is. Think whatever you want about his job as president, but that man is one chill dude.

I love how Barry O is known for having a heavy hand when it comes to making cocktails. Diabolical to not keep pace with his guests while he low key gets them hammered. I do wonder, can you not get fucked up as President? Like if all your meetings, war plans, and business stuff get taken care of early enough, is it not kosher to throw back maybe one too many old fashioneds and have yourself a time? I guess there's always the chance you could be needed to make a big decision in the wee hours of the night and being drunk for that is probably not the best idea. Eh, what are the odds something bad actually happens?

Back to Bono, how about his excuse for being tired? Gotta be the worst lie ever told.

Although the pair had been drinking, Bono suggested his drowsiness was caused by an allergy to salicylates, which are present in wine and make his head 'swell up like a balloon and pop' or cause him to 'fall asleep anywhere.'

Allergic to salicylates??? Yup, sure thing Bono, we all believe you. Happy to see Obama didn't buy that one for a second.

P.S. As cool as getting drunk and passing out in the Lincoln Bedroom is, it still doesn't top Willie Nelson smoking weed on the roof of the White House with one of Jimmy Carter's kids.

Chip Carter, the accomplice in question, also confirmed the story to the Los Angeles Times, saying he went to the roof with Nelson on September 13th, 1980. During a break in Nelson’s performance at the White House that day, Chip offered to take the singer upstairs:

“We just kept going up ’til we got to the roof, where we leaned against the flagpole at the top of the place and lit one up.’ If you know Washington, the White House is the hub of the spokes — the way it was designed. Most of the avenues run into the White House. You could sit up and could see all the traffic coming right at you. It’s a nice place up there.” (source)

P.P.S. Fun fact, Lincoln never actually slept in The Lincoln Bedroom. It was his office, however.