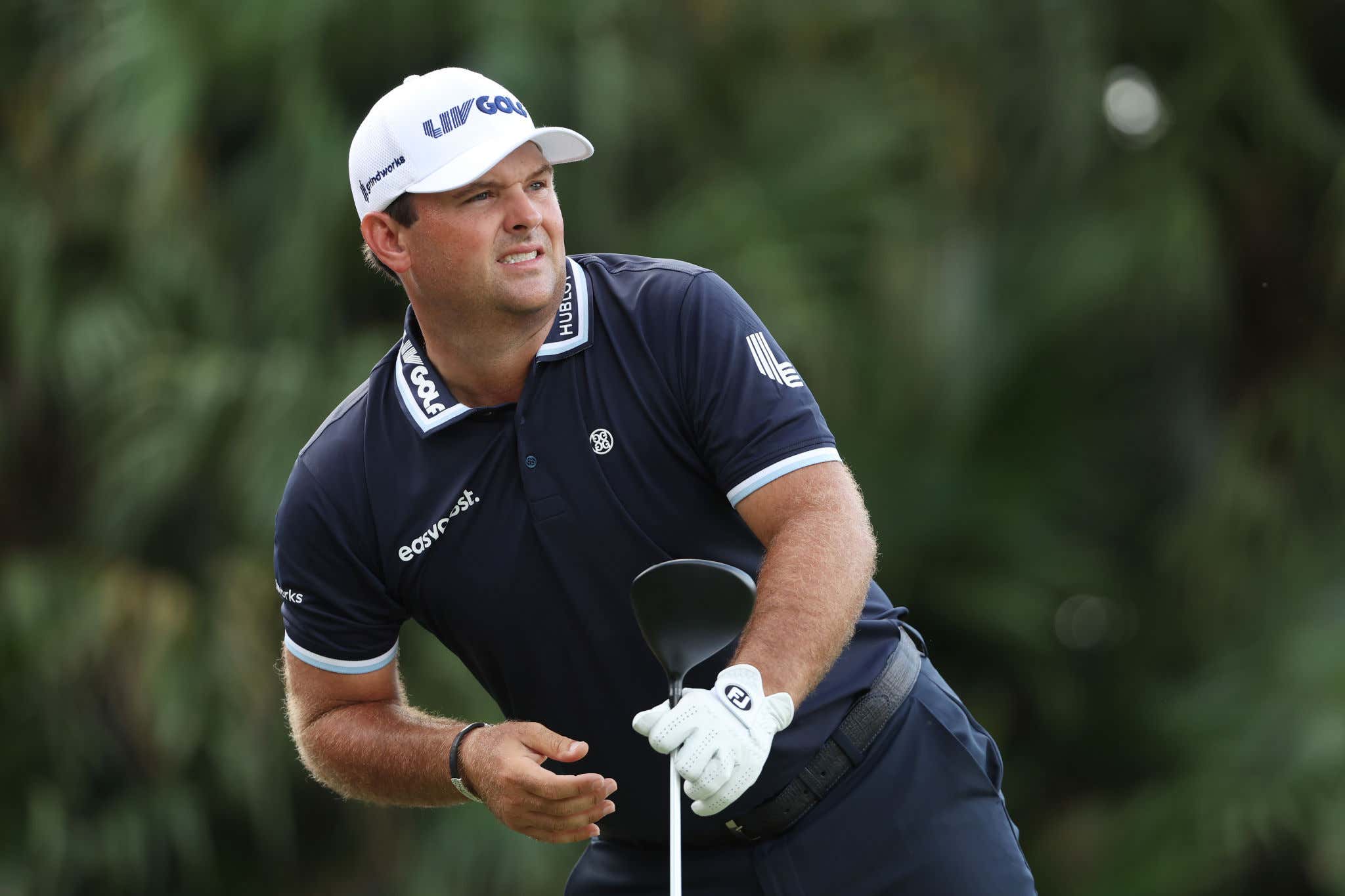 It can be hard to keep up with all the legal proceedings flying around the golf world at the minute. LIV Golf is suing the PGA Tour. PGA Tour is suing the Saudi backers of LIV Golf. The Department of Justice is investigating the PGA Tour for potential anti-competitive behavior. Another lawsuit dropped on Wednesday. And for me, this one's a little personal.

Patrick Reed and his whacko lawyer, Larry Klayman, are suing a bunch of golf media entities—including Shane Ryan, my old colleague at Golf Digest and an all-around good guy and excellent journalist. They are seeking, I shit you not, $250 million in damages. Two-hundred fifty million dollars. Let's see how that one works out.

We're going to dive into Klayman's background in just a bit here, but let's first look at this specific lawsuit, which is filled with oddly visceral language. There's the normal league jargon, which claims the suit is "for defamation, injurious falsehood, and tortious interference over malicious false allegations, all of which were designed to severely harm Reed, his family and colleagues personally and professionally." But then Klayman released a statement in addition that has to be read to be believed:

“My client, his family and colleagues have been made the whipping boy of cheap and dishonest journalists in the golf media, like Shane Ryan, who feed at the trough of the PGA Tour, a tour that historically mistreated Mr. Reed. Indeed, my client’s move to LIV Golf was primarily due to this mistreatment, where adequate security was not even provided at PGA Tour events, where hostile fans vilified and threatened Mr. Reed, his wife, caddie, and coach, thanks to the rank defamation and other alleged illegal acts of Defendants in these two recently filed lawsuits.

“Mr. Reed, on behalf of himself, his family, and colleagues, simply will not take it anymore and he is fighting back in the courts to not just redeem his rightful reputation for honesty and superior golf achievements and successes, but also to protect his loved ones from the likes of Shane Ryan, Doug Ferguson and the rest of the jackals who make their sorry and pathetic living spreading lies and false information about him."

Jackals! Whipping boy! Keep in mind this is a professional golfer who made over $37 million playing the PGA Tour and just over $12 million over the first season of LIV. Also, taking a shot at how much money writers make—"sorry and pathetic living"— feels like a low blow?

The strange part of this is Reed has been nothing but kind in my personal interactions with him. You get the sense he's not really driving the bus here. His wife, Justine, serves as his manager and has been intimately involved in steering his career. She's also named throughout the suit as a victim of the atrocities perpetrated by the full list of defendants:

—Ryan, author of Slaying the Tiger, a book on the modern PGA Tour that came out in 2014, and of his recent Ryder Cup book, The Cup They Couldn't Lose
—Hachette, the publisher of Ryan's books
—Doug Ferguson, longtime golf writer for the Associated Press and about as down-the-middle as a journalist could be
—The Associated Press
—Fox Sports
—The New York Post
—Gavin Newsham, a freelance golf writer

The suit opens by listing all of Reed's accomplishments and reads like a press release out of a military dictatorship. He's the greatest golfer and the greatest person ever. He won this, and he won that, and he gave all this to charity. It then goes on about the PGA Tour's horrific treatment of Reed and anyone else associated with LIV Golf, and accuses Ryan and Co. of being the same type of "PGA Tour mouthpiece" as Golf Channel and its employees, Damon Hack, Eamon Lynch and Brandel Chamblee, whom Reed and Klayman have already sued.

With regards to Ryan specifically, the suit claims all the stories you've heard and that Ryan has reported and written about—that Reed got kicked out of the University of Georgia for alcohol violations, was hated at Augusta State because of his cheating habits, had Augusta State teammates initially vote to kick him off the team, that his antics in that Hero World Challenge bunker were "blatantly illegal"—are all untrue, and that Ryan published them with malicious intent. Ryan took to Twitter to issue a brief statement:

If this suit sounds pretty frivolous, consider the lawyer. From The Hill: "His critics see him as a racist, a frivolous litigator and a conspiracy theorist. Klayman sees himself as a modern-day John Adams in a fight for justice." That's quite the contrast. You decide for yourself…Klayman tried to get Barack Obama disqualified from the Democratic primaries for not being a natural-born citizen. He sued the Republican National Convention for allegedly denying Donald Trump his delegates from the 2016 Florida primary. He sued Sacha Baron Cohen on behalf of Roy Moore, the former Alabama senate candidate whose candidacy was derailed over allegations of sexual relations with underage women. He's represented George Zimmerman and Joe Arpaio. In 2019, one of his former clients filed a filed a bar complaint against Klayman, claiming "Klayman collected donations for more than a year while Santilli and co-defendants were in custody in Nevada, promising to challenge their detention but never did." How did Klayman respond? You guessed it, with a $15 million defamation suit agains his former client. Klayman sued to prevent the building of a mosque near Ground Zero. The opposition attorney called Klayman an "infamous publicity hound" and said he "trades in his well deserved laurels for fifteen minutes of fame as a nationally recognized bigot."

That suit was unsuccessful. So were all the others I referenced above. This one will be, too.