I was lucky enough to attend John Feitelberg's Halloween Extravaganza last Friday night. A party he dubbed, The Worst Halloween Party of All Time.

Now what I'm about to admit might say something about me, and the types places I get invited to, but I had a fabulous time at Feitelberg's party. Here is how it went from my perspective.

I learned of the party on Friday morning whilst building a 12 foot tall skeleton at Feitelberg's home.

When I got home from "work", I said to my girlfriend, "Hey girlfriend, there's a party we're invited to, would you like to go?", she said, "Sure, is it a costume party?" and I said, "Nope!"

So we headed out for the costume party. On the way, I stopped and ate a $30 bowl of plain noodles with vodka sauce. After the meal I was very full and wanted to go home, but we had made it to the city so there was no turning back.

The party started at 8. We showed up around 8:50. Admittedly, that's a little early. It's probably good practice to give at least an hour. When we showed up, we were the first ones there. It was Feits roommate, and a freshly showered John Feitelberg. I could tell because his hair was very wet.

I thought, "Great! Some quality time with a new friend."

Considering the fact we had no costumes, Feitelberg says to us, "Hey guys, I spent a bunch of my hard earned money on multiple costumes at Party City, in case anyone didn't have one. Would you like to wear one?"

I said, "No, thanks!" Still not registering in my head that we should be in costume.

We discussed something (maybe the Bruins game?) for about 10-15 minutes, until some others started to arrive. Tommy showed up wearing some cool Minnie Mouse ears. 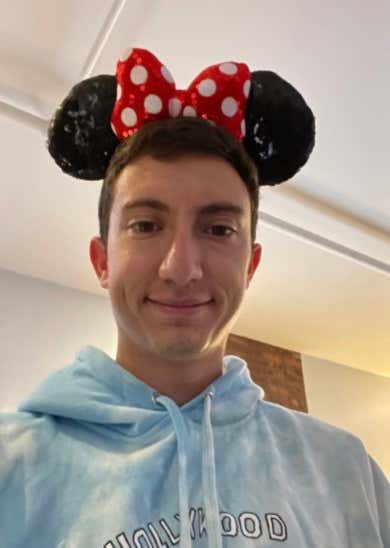 Nate showed up dressed as Garth from Wayne's World (but he said it wasn't a costume). Kelly Keegs arrived in a beautiful, elaborate costume that did not match the vibe of what was going on. And Feits friend who's name I did not make a concerted effort to remember, wore a full Red Sox uniform and a large curly afro (never got an explanation for that one). Other people wore other things.

Personally, I had a fantastic time. I had some nice conversations with co-workers that I already talk to every day, which was nice because I didn't have the stress of getting to know anyone new. It was quiet enough that I didn't have to shout. Tommy brought some extra Stella Artois, of which he gifted me one, and I stole a second without asking. I never once felt bad about not wearing a costume. And I got this cool picture of me with a sword in front of the skeleton. 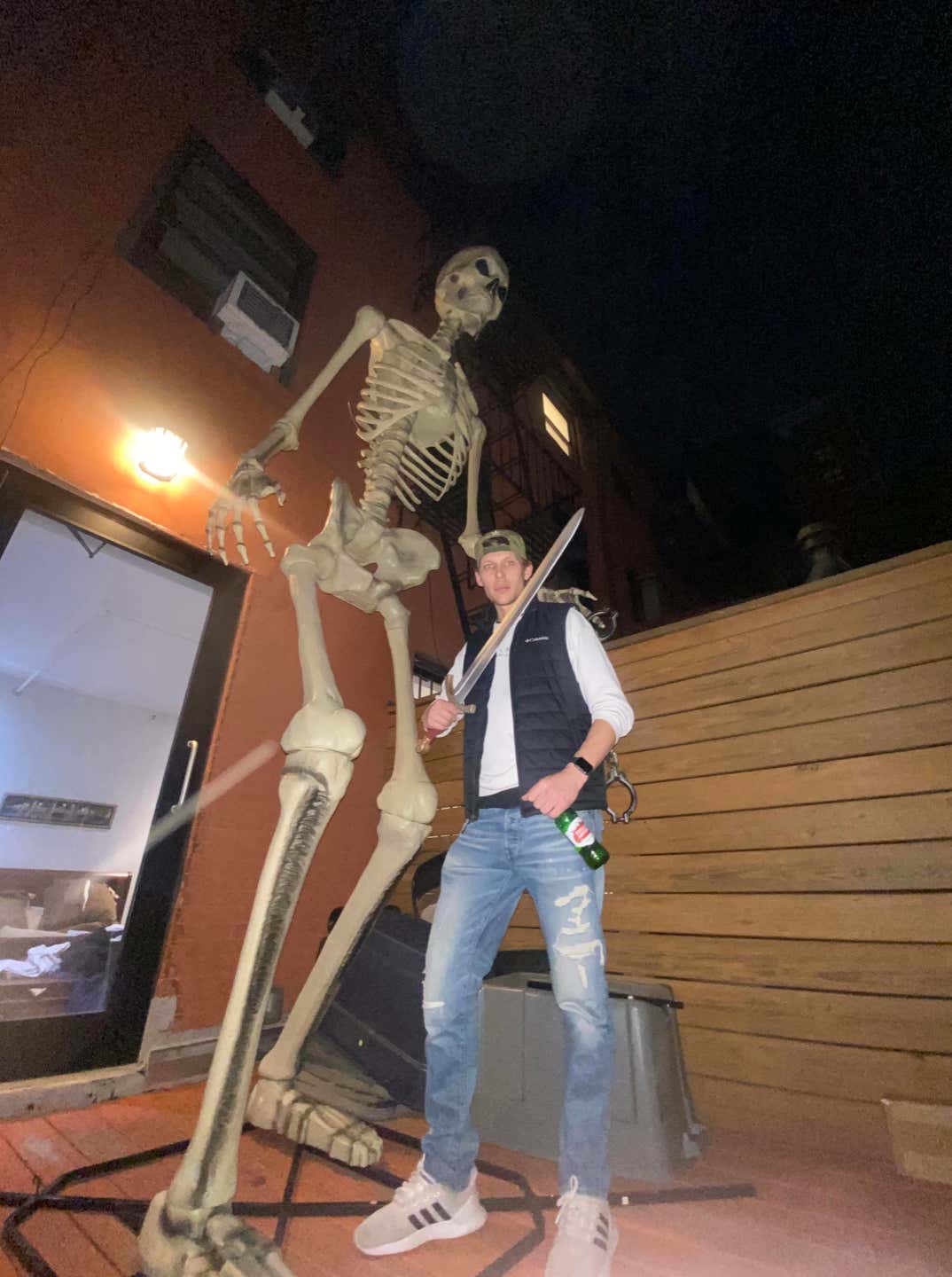 So when I woke up on Tuesday and listened to KFC Radio, I was shocked to hear Feitelberg dub his party The Worst Halloween Party Ever. I hadn't considered that Feits may have been going for a "fun" party. The thousands of dollars spent on decorations and backup costumes didn't tip me off in the slightest.

It wasn't until I heard Feits recount the party, that I recalled this conversation I had with my girlfriend our walk home.

Girlfriend: "Yeah.. it was kind of lame"

Girlfriend: "Yeah it was nice"

Me: "It's exactly what I was looking for honestly, I didn't want to go to a costume party or anything."

This is all paraphrasing. I'm not exactly sure how the conversation went from there. But I remember I went on to gush about Feitelberg's party. Saying how I had so much fun, and really enjoyed my casual conversations with 4 different people over 3 High Noons and 2 Stella Artois. I remember being offended that my girlfriend even implied that the party was anything less than terrific. We were home with the dogs by 12:15.

Feitelberg dubbing his party The Worst Halloween Party Ever, made me take a look in the mirror. Is a party that I had deemed a great night, what everyone else considers The Worst Halloween Party Ever? What does that say about me? That I'm a 30 year old man who can't handle a pasta entree and anything more than a small get together in a single night? It was a tough realization for me. 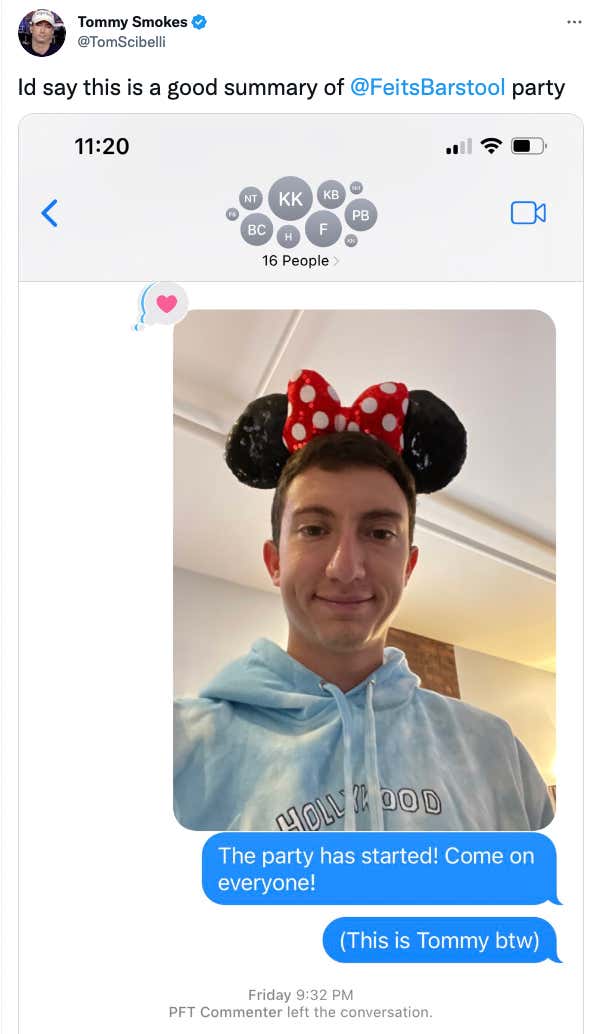 I'm very much looking forward to next year's Barstool Sports Halloween Get Together.