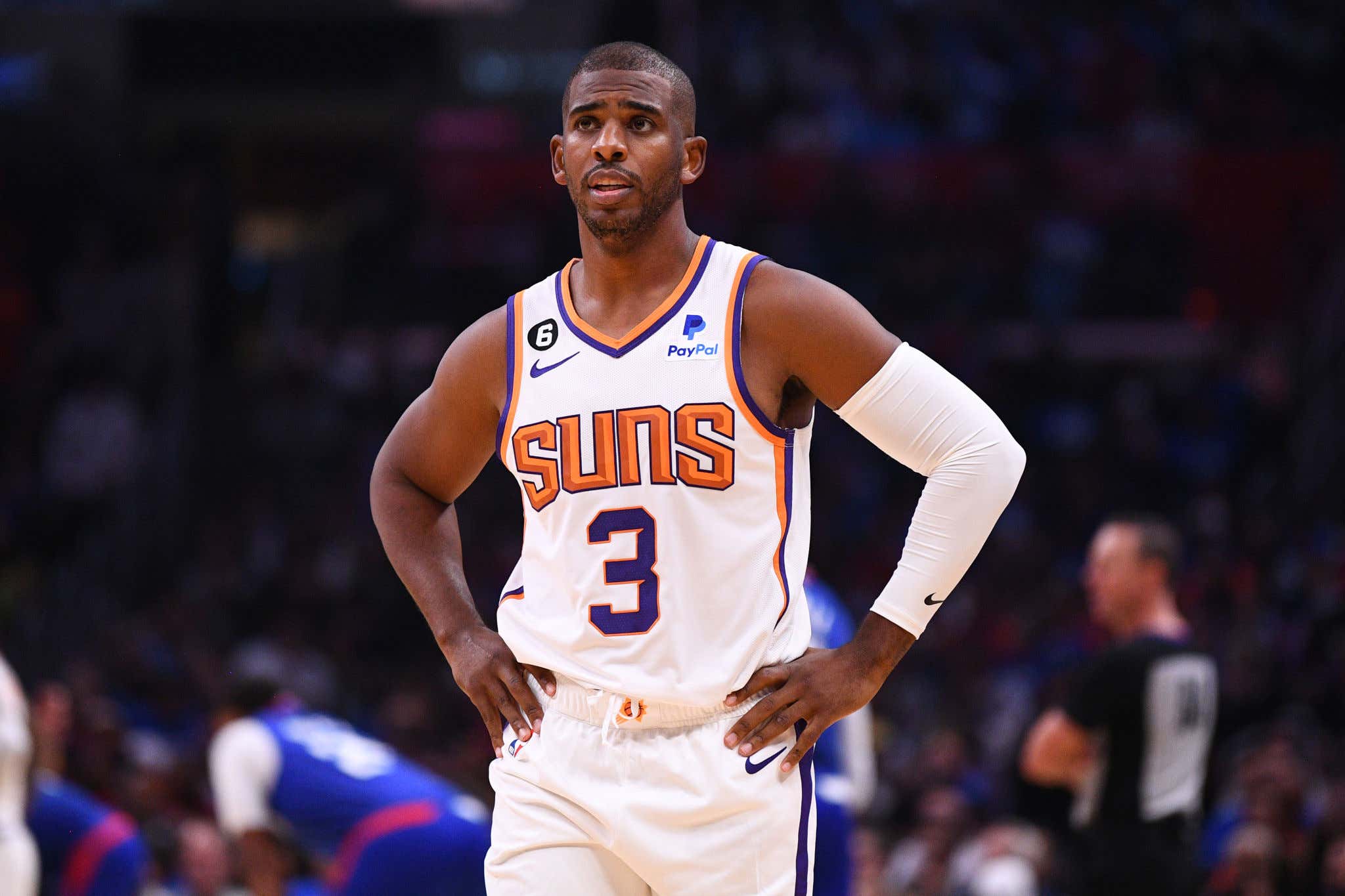 If you hadn't noticed, the Suns have quietly won 5 games in a row after they took down the Timberwolves at home last night. Despite some unwarranted panic early, the Suns basically still look like the basketball machine they've been over the last 2 or so years. A big part of that is the play from the Point Gawd himself Chris Paul

27 AST and 1 TOs is so freaking ridiculous, but it's also something we see Paul do all the time which is even crazier. That stat isn't all that surprising when you're talking about one of the greatest point guards to ever play in the NBA.

So why am I even blogging this? Because there was one aspect of Paul's night that is so insane it almost doesn't even seem real. At the 1:05 mark of the 4th quarter with the game over, Chris Paul was called for palming the basketball. That call alone is wild to make at that moment, but it got so much worse

Paul received a tech after this play and the reason for it, I mean what the hell are we even doing?

Let me get this straight. The ref tells Paul that if he could dribble like that he'd be in the league, Chris Paul says he stinks at dribbling, and that warrants a tech? For the love of God Adam Silver will you please fix your product! I don't really care that this happened at the end of a game which had no impact on the result. That's not the point. The point is the NBA has had an officiating problem since the start of the season when it comes to officials getting in their feelings and throwing around techs. On what planet does telling a ref he stinks at dribbling a basketball warrant a tech? How is that OK on any level?

It's your classic "dish it but can't take it" scenario. It would not surprise me one bit if we see the NBA rescind this tech, because what rule did Paul break? He didn't do any of the shit the NBA put out in terms of their "Respect The Game" rules. This ref just got upset because Paul told him he stinks at basketball. I don't see how the league can think this is OK. It feels like another situation where the ref made a bad call and then compounded it with an even worse tech because they were embarrassed. That's been happening all over the league to every level of player and it's beyond pathetic.

You could make the case that the official baited Paul into that response, and then when he got flamed he countered with a tech. Good job Adam! That's how you get people to enjoy your product!

Maybe this is all just an early season thing and the refs are on edge or are attempting to establish some sort of baseline, but I dunno. I feel like it's more of a situation where these officials are soft as hell and get emotional which leads to overreactions. I'm pretty sure you shouldn't have that in your league, but what do I know?