First of all, this tweet is always on the money.

As a Giants fan that had to read all of Kadarius Toney's riddles in tweet form over the years, I'm gonna go translate Brandin Cooks' tweet to say he is not happy he is still with the Texans. A little more investigative work, which is just looking at Brandin's Likes on Twitter, tells me he was hoping to be traded. 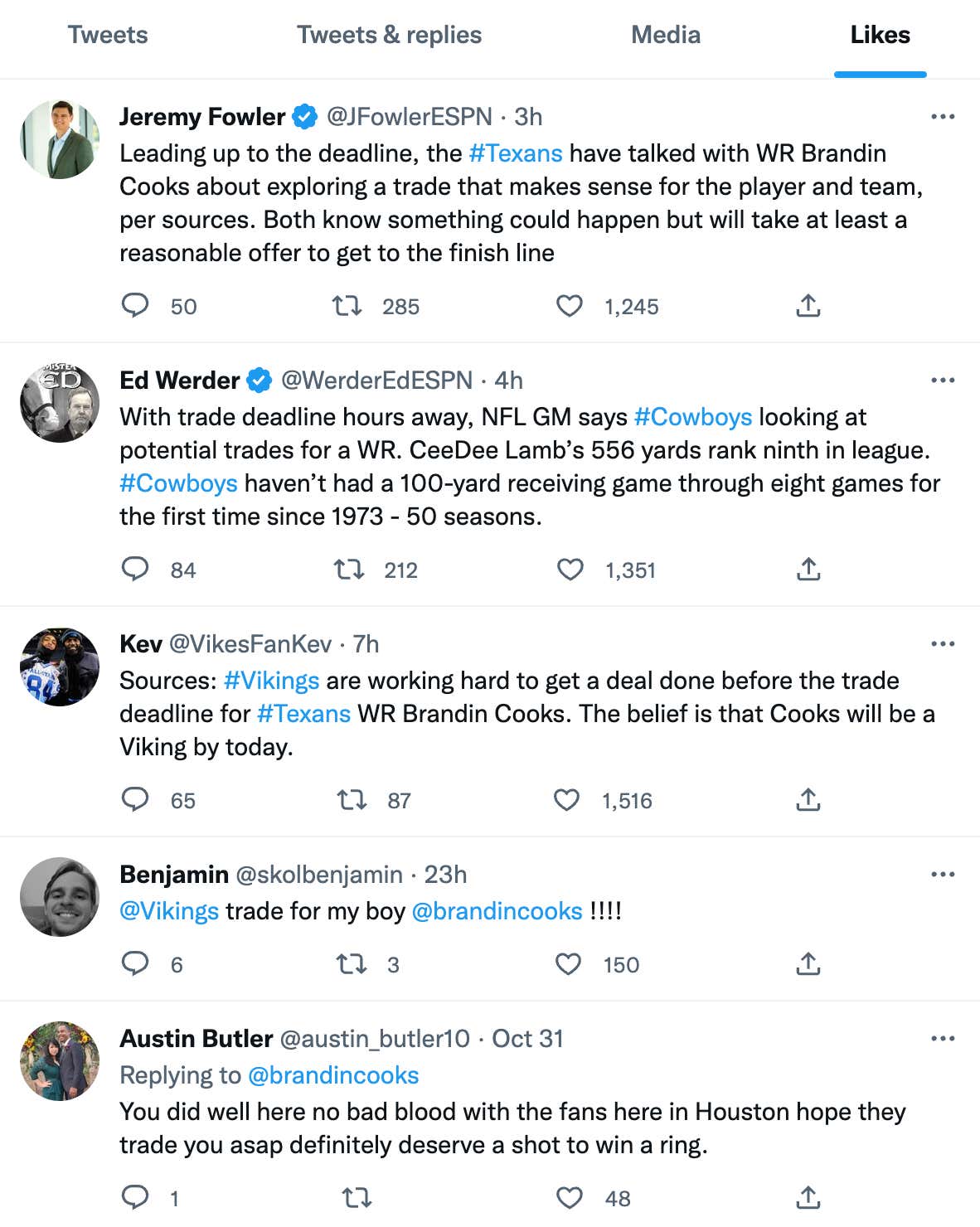 The thing is I can't blame Brandin for being unhappy. He is one trade away from tying Eric Dickerson for the most times traded in the NFL and was traded from being with Drew Brees to Tom Brady to Jared Goff Sean McVay to Deshaun Watson then doesn't get traded during an NFL trade deadline that was more action packed than the last 100 NFL trade deadlines ever combined and remains stuck on a 1-5-1 team with Davis Mills.

Some people may say that Brandin shouldn't have signed a two-year extension  with Houston in April if he didn't want to be there. My response to that would be "Base a man on what he tweets and likes on Twitter instead of his actions". Besides, none of us know what vision Jack Easterby sold Cooks on six months ago. But based on the limited glimpses we have of his silver tongue, it's hard to fault anybody that would sign up to ride on a sinking ship with him.