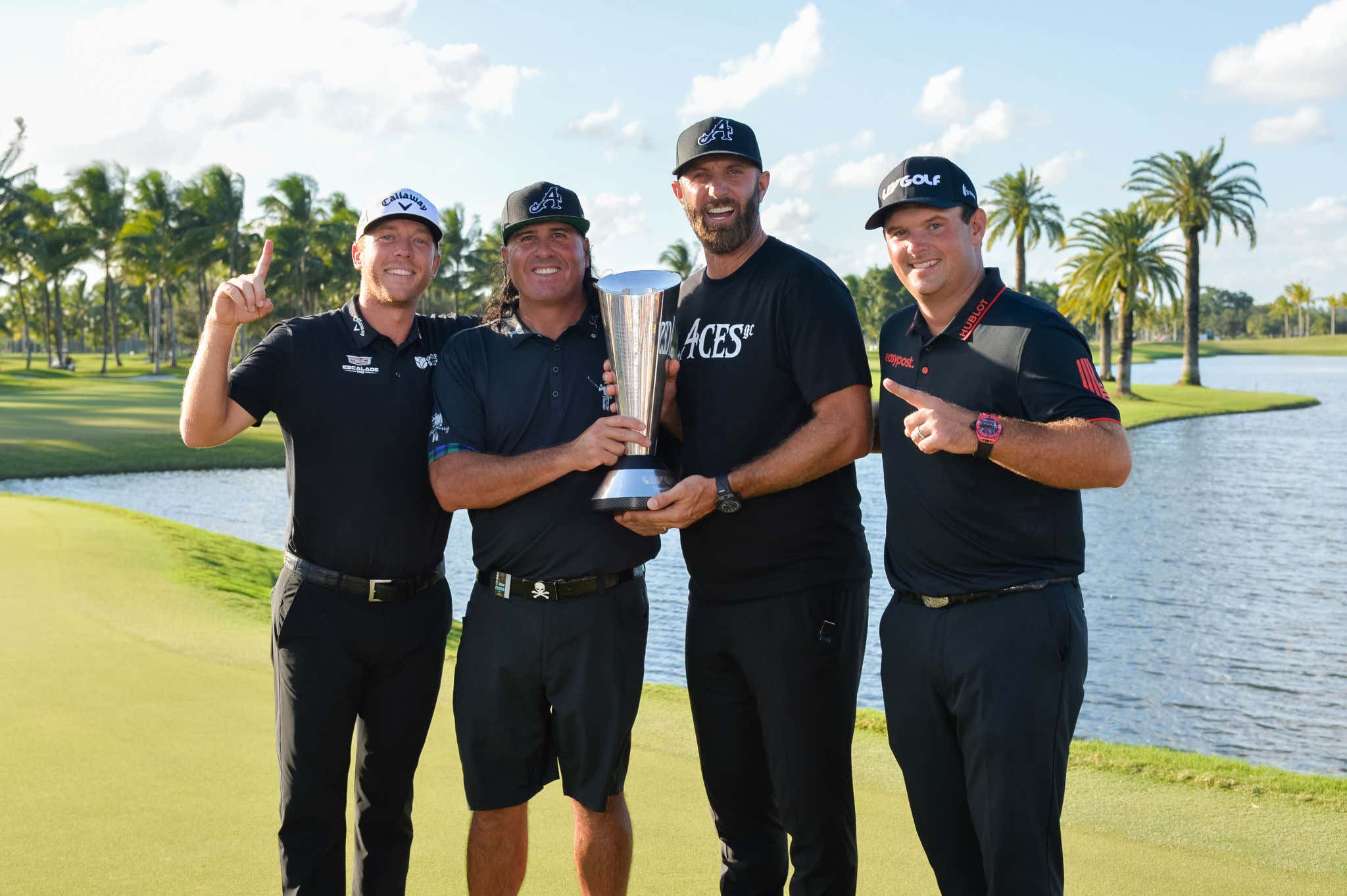 We've got our first "free agency" move in the LIV Golf world, with ESPN's Mark Schlabach reporting that Talor Gooch will leave the champion 4 Aces to join the Bubba Watson-captained Niblicks. Gooch was one-fourth of the best team in LIV's inaugural season and, alongside teammates Dustin Johnson, Patrick Reed and Pat Perez, made $4 million just for winnign last week's Team Championship at Trump's Doral property. Gooch earned just over $12 million this season with LIV, in addition to whatever guaranteed money he got for joining the league. Gooch will be replaced by Peter Uihlein, who should star in an ad about what a godsend LIV has been for middling professionals like he was. After years of oscillating between the PGA Tour, Korn Ferry Tour and DP World Tour, the former world No. 1 amateur made $12.8 million in his first LIV season with the Niblicks.

But wait there's more—Watson will be changing the name of the Niblicks, which is the no brainer of all no brainers.

Let's take a minute to re-read the above paragraphs and acknowledge just how much things have changed in 12 months. Talks of the "Saudi Golf League" began years and years ago, and for the longest time it seemed it would never emerge from the rumor-verse and turn into a tangible thing. They spoke vaguely about team competitions, teams and free agency. And, to LIV's credit, it's now a very real thing that's happening on Earth in November 2022. They deserve kudos for delivering on their vision and shooting their shot.

The question now is: do people care? Free agency is electric in team sports—today's been an elite NFL day ahead of the deadline—because teams have fans, and fans care how their teams do in future competitions. That is not the case for LIV Golf right now. That's not to say they haven't signed great players and produced some legitimately entertaining golf. But for me, the team aspect was a complete dud in the first year. Team Golf works when the teams mean something, like in the Ryder Cup or college golf. But when a team is just a group of four guys thrown together with a random name and funky logos?

LIV has put so many chips in the team basket that it simply has to work if this thing is to even approach financial solvency. (Whether that's the goal, or even a requirement, is a separate question entirely). But I simply can't see any of the team stuff—captains, names, free agency, etc.—working unless each team becomes a legitimate brand of its own, with a fanbase. Formula One has proven that teams don't need to be associated with a certain city to build a brand and to build a fanbase, but every F1 team is associated with a specific company and its history. It's vital for LIV to sell these teams quickly to someone or something that'll help them build some sort of identity. Or they can continue to light money on fire. It's worth repeating that in every conversation I've had with LIV people, they insist they are a business with a path to profitability and that they do not have an unlimited runway of cash. Time will tell.