I bet you're wondering how I got here.

2 weeks ago, I was a normal human being, just trying to figure out how exactly I even fit into Barstool. 2 weeks later, I'm ripping shirts in the gambling cave and going absolutely nuts. (I might need anger management or just be another passionate sports fan. not sure which one) I'm not exactly sure how I got here, but I'm here. Game 5 was a drunken mess, with all of us all feeling way too intense. 8pm read the clock, I down my drink, walk in alone, playing "We Ready." on the speakers. Oh they loved that.

Indeed, I was ready. To take Game 5. To shit right in Smitty & Rone's faces. To go back home to Minute Maid Park 3-2. I was ready for the Astros to win, because with every win I was getting stronger. smarter. A better Mrs October. With every win, I was really beginning to believe in something. Something much bigger than myself.

The game was absolutely insane. The energy in the gambling cave was off the charts.

Altuve hit a nice one and got to 3rd base on the first fucking at bat of the game. That was a big sign. Pena immediately hit right after and got to 1st base. Verlander, regardless of him stepping up in this game, gave up one that would tie up the game. The Astros would catch several balls and hold up a great defense against the Phillies, holding the score at 1-1. Pena then hit a HR in the 4th inning. Bregman hit a yammer that was so close to a homer. Verlander started getting into his groove, striking out almost everybody that came up to the plate. So many times the Phillies had the bases loaded but I still never believed they could execute. And they didn't.

Later Pena had a beautiful base hit while was followed Altuve sliding right into home. Montero came up and did what he does, coming up clutch. Pressly had a beautiful follow up. Mancini with a beautiful catch. Chas Mccormick then absolutely wowed everyone in Citizens Bank Park, with a Randy Moss style catch in the 9th inning. He secured our fate with that one. Harper couldn't get it, that would end the game with his final out. 3-2. One more game away from winning the World Series.

Oh, it felt good. The last time I saw these sons of bitches in Game 2, they had 100% dominated on me. They loved every single second of it, too. It felt so good to rub this win in their faces. Especially after being all alone in the gambling cave the night before and not getting to watch the "No Hitter" Game 4 win with them. I wanted blood for Game 5. and I was getting it.

Me and Smitty both had very intense levels, ending in his shirt getting ripped and my taco getting severely disrespected. It's okay, it's the World Series. It's bound to get a lil bit crazy, it's granted. But no amount of Steak & Shake or whiskey shots could ever cool down this rivalry. Rone might have stolen my hat, threw away my tacos. Smitty, might have rocked a "Big Sean Is Mid" shirt, even Kate tried to take back her wand. But if you believe in magic, you understand why Houston won. If you believe in magic, you understand why Ms October just cannot be stopped. Take that bitches. See you Saturday for the closer.

I AM Ms October, bitch. 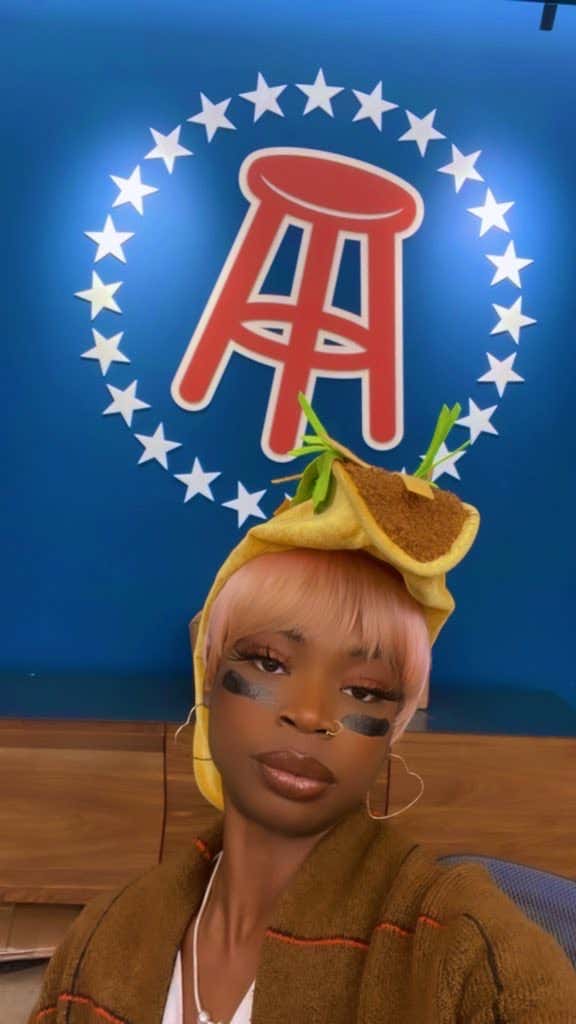