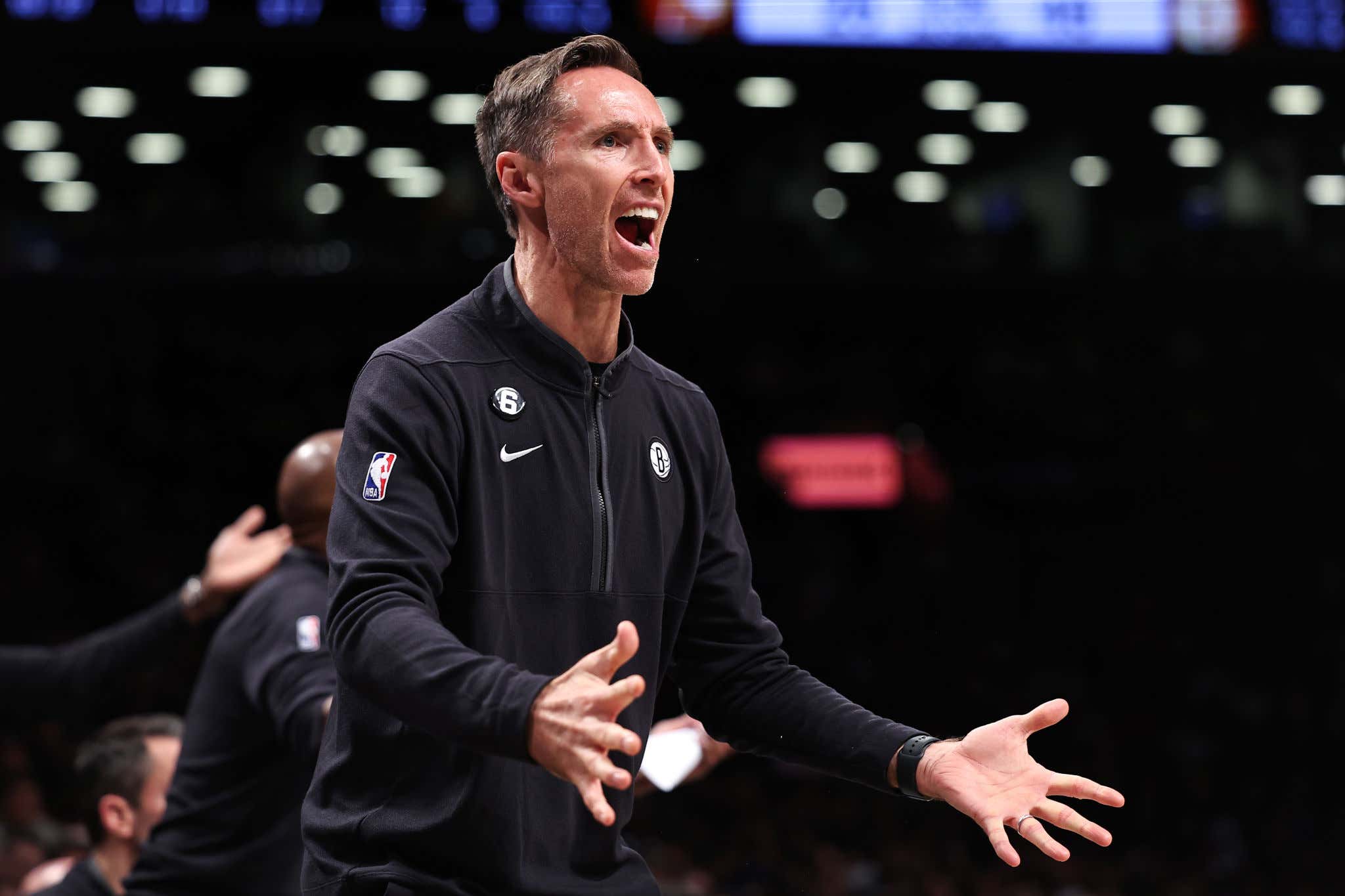 For the first time in two years, the Brooklyn Nets did something smart, firing clueless coach Steve Nash. The fact that the Nets built a team that was expected to compete for an NBA Championship and hired a neophyte coach was their first big mistake. In his first season, the Nets were a legitimate title contender, as they held a 2-0 lead over the Bucks before the injury but bit them in the NBA Playoffs, first losing James Harden, then losing Kyrie Irving, as Kevin Durant's toe on the line in Game 7 was the difference between advancing to the Eastern Conference Finals and going home.

Steve Nash's second season was nothing short of a disaster for the Brooklyn Nets, as Kyrie Irving missed most of the season due to the vaccine mandate in New York, while James Harden sulked and forced a trade with the Philadelphia 76ers, with the Nets getting a broken Ben Simmons in return. Nash disguised his failures as a coach in the first season as he had an experienced Mike D'Antoni guiding as an assistant coach, while Ime Udoka was also on the staff. Both assistants did much of the work as D'Antoni provided much of the game plan, and Udoka helped create a bond for the team that was a cohesive unit and could have been a champion.

Since the departure of D'Antoni and Udoka, the Nets have been lost, and their defense has been ranked among the worst in the NBA, while Steve Nash seemed to be lost when it came to rotations for the team. Among the most blaring problems was how the Nets handled timeouts, as the Nets would often see opposing teams go on long runs, while Nash was indecisive on how to handle timeouts. The Nets would come out of timeouts without a set plan in late-game situations as games slipped away.

The Nets had a tumultuous offseason, with Kyrie Irving on the trading block after not being given an extension beyond this season. Kevin Durant also requested a trade, but GM Sean Marks could not get a satisfactory return, forcing the Nets to continue the road to ruin. Durant had requested a coaching change, which Nets management and owner Joe Tsai scoffed at.

The early returns for the Nets have not been good. They are 2-5 and nearly let double-digit leads slip away in the games they have won. Kyrie Irving and Kevin Durant have put up good numbers, but the rest of the team has been a mess. Especially Ben Simmons, who appears afraid of the basketball. Steve Nash could not handle this mess, and any chance to salvage the season now rests with who will be the coach that replaces him.

Jaques Vaughn will coach the Nets tonight, but he will likely be a short-term solution, as the Nets are reportedly going to attempt to hire Ime Udoka, who led the Celtics to the NBA Finals last season. Udoka has been suspended this year by the Celtics for violating team policy and having an affair with a female staff member. If Udoka is not allowed by Boston to leave for another job, the Nets may likely peruse Quin Snyder, who had recently coached the Utah Jazz. Either coach would be a good hire, as the Nets try to turn a dumpster fire back into a team that could be a serious contender.