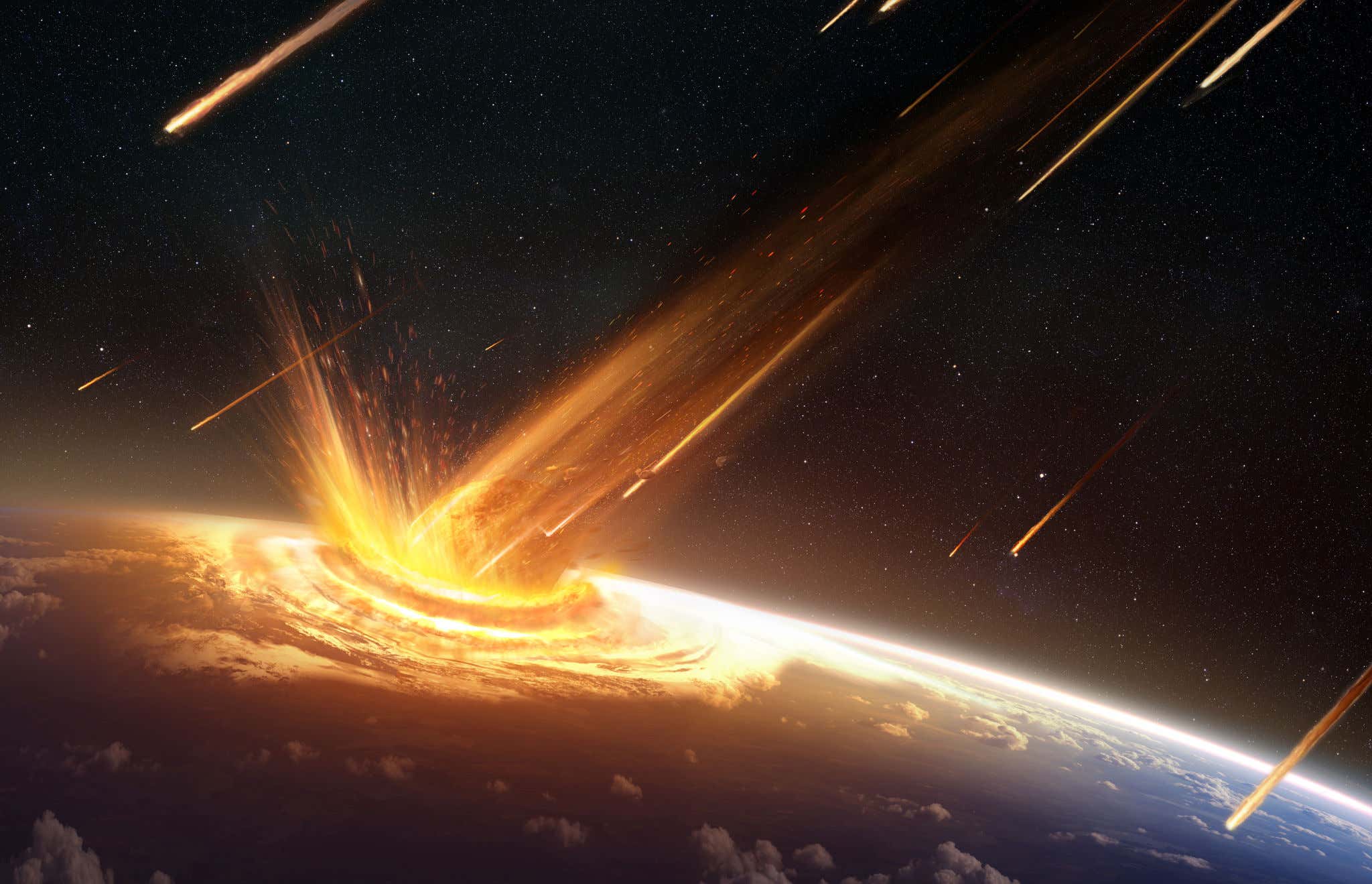 All About Space Magazine. Getty Images.

Every month or so I find myself down a rabbit hole about asteroids, planet extinction, and all that fun stuff. It's a great time, let me tell ya. The TLDR: We're absolutely going to be obliterated by a giant rock at some point in the future. To say we're long overdue for one of those bad boys to greet us for an unpleasant visit is selling it short. Astronomers will tell you there's no imminent threat, but then end that conversation by saying "we're discovering new asteroids everyday!"

For now we're stuck with these articles from the NY Post telling us "an asteroid the size of the Empire State Building is going to zoom near Earth in 24 hours." We click on that article only to find out it's like 1.5 million miles away from actually impacting us. Buddy, I'm not moving off my couch for anything less than 500,000 miles.

This blog isn't about one of those close to getting us, but more the fact that we're in a spot where asteroids almost a mile wide can just sneak up on us!

Astronomers have spotted three near-Earth asteroids that were lurking undetected within the glare of the sun. One of the asteroids is the largest potentially hazardous object posing a risk to Earth to be discovered in the last eight years.

The asteroids belong to a group found within the orbits of Earth and Venus, but they’re incredibly difficult to observe because the brightness of the sun shields them from telescope observations.To avoid the sun’s glare, astronomers leaped at the chance to conduct their observations during the brief window of twilight. An international team spied the space rocks while using the Dark Energy Camera located on the Víctor M. Blanco 4-meter Telescope located at the Cerro Tololo Inter-American Observatory in Chile.

One of the asteroids, called 2022 AP7, is 1.5 kilometers (0.9 miles) wide and has an orbit that could bring it within Earth’s path in the future, but it’s difficult for the scientists to know when. (CNN)

Think about this for a second. We've got the James Webb Telescope giving us these insane images of the universe while also looking into the past and visualizing the very first galaxies, but at the same time we can't look behind our own sun??? What are we doing here? Did anyone think to look for asteroids during night time? That sounds like a rudimentary idea, but maybe we should be doing that more so these things don't just sneak up on us. I remember reading about a telescope being built to look into the sun and avoid this problem, but I can't seem to find anything on it right now.

Might be something we want to get a jump on.

A near-Earth asteroid measuring 1 kilometer (0.6 mile) or larger “would have a devastating impact on life as we know it,” he said. Dust and pollutants would fill the atmosphere for years, cooling the planet and preventing sunlight from reaching Earth’s surface.

“It would be a mass extinction event like hasn’t been seen on Earth in millions of years,” Sheppard said.

I do wonder if and when an asteroid becomes dead set on a collision course with us, when would the public find out? You gotta imagine the amount of eyes on that kind of info would be incredibly small. But imagine being the person who leaks that to the world? Surely you'd be murdered in cold blood by the NSA, but the rush of breaking that news would be sick. Wanna talk about the pageviews on that blog? I'd rather go out that way than the 500 foot tall tsunami.

Once people like you and I find that shit out it's curtains for civilization. You'd have riots and chaos every which way you look as the countdown began. Life all ends in some way, but discovering it's over for all of us at the same time? Say good bye to any kind of order with society. Makes me think it'll just happen and we won't know until we see the big rock hovering over us. What a comforting feeling that'll be.

There's also part of me that thinks when the time comes for an asteroid to wipe us out of the universe that's when the aliens jump in and blast that thing to kingdom come. They fly on down after as the heroes of the world as their official introduction to us. That's when they begin to infiltrate the population and begin their plan to takeover our species.