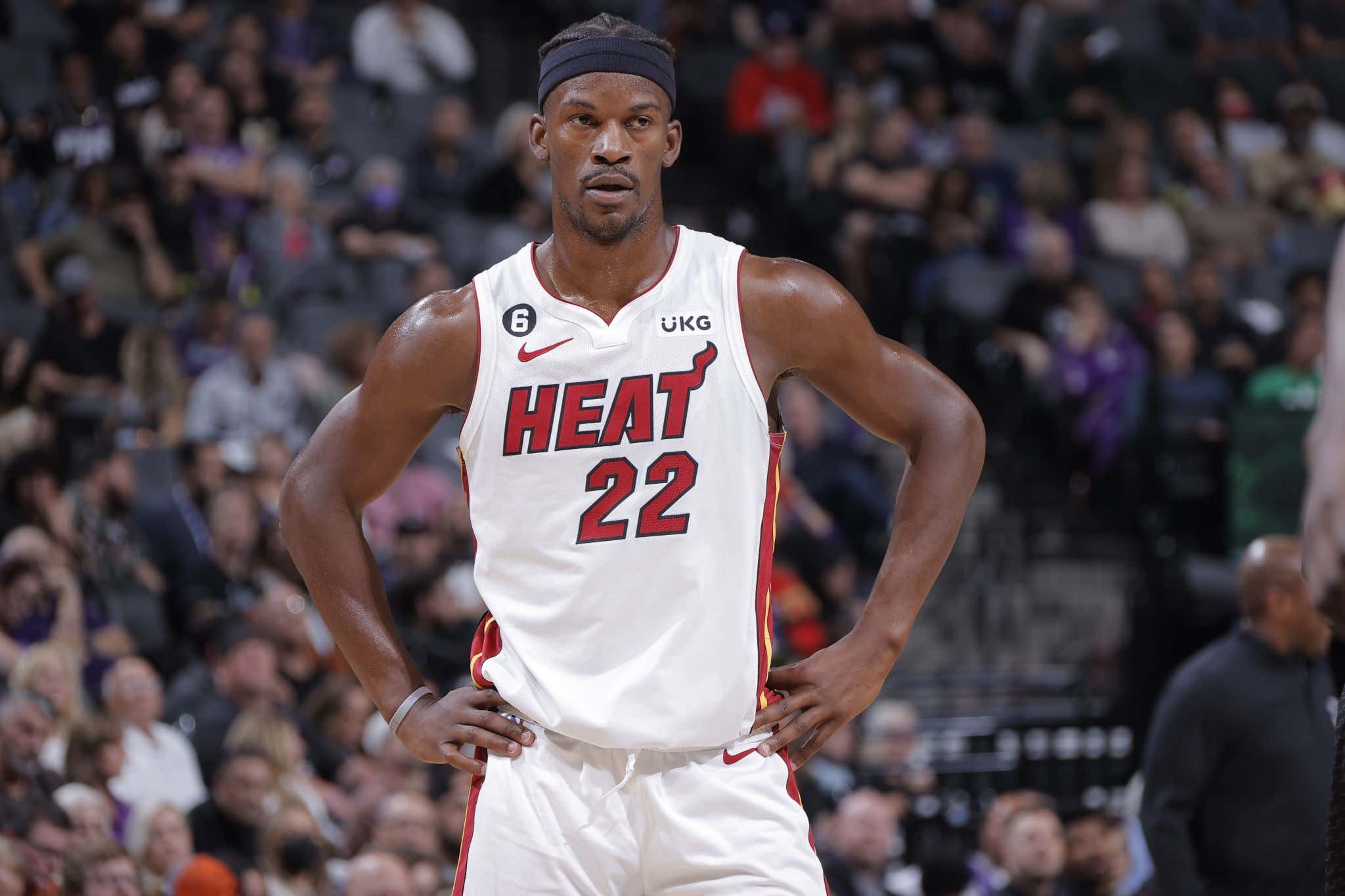 The start of the NBA season has been full of surprises already. The Jazz are now 6-2, the Spurs are 5-2, the Warriors are under .500, and teams like MIA and BKN both sit at 2-5. I feel like there aren't a ton of people out there who saw that coming as we were entering the year. How much of what we've seen through the first two weeks is real and how much is just a smoke screen is still to be determined, but when it comes to the 2-5 Heat, Jimmy Butler doesn't sound too worried

Listen, I'm sure Butler will be dragged for this statement, but not by me. I'm not sure what you expect Jimmy Butler to say. Of course he's going to think and talk like this, that's what Jimmy Butler does. He's a gamer. He will always think he has a chance until the clock hits 0.0 or he tries to take a transition three with a spot in the Finals on the line

So this blog isn't really about getting on Butler for declaring that the Heat will win the NBA title, it's more about the Miami Heat as a whole. Their 2-5 start is a little surprising, but they haven't exactly had the easiest schedule with CHI/BOS/TOR/TOR/POR/GS/SAC and then GS again tonight to get things started. The loss to the Kings may have been bad, but the rest of those teams are playoff teams (POR is also 5-1).

What that does tell you is that there should be some level of concern when it comes to the Heat facing actual good teams. When you took a step back and looked at the Heat's roster this season, it looked pretty familiar. After they lost PJ Tucker to the Sixers, they never replaced him. In fact, they didn't really do anything to improve the talent on that team. Here's how their summer looked

Despite the fact that we are told that the Heat are interested in every single NBA player on the planet, that's what they did. Instead of addressing their need in the frontcourt, they decided to continue to waste a guaranteed roster spot for Udonis Haslem so he could sit on the end of the bench and do #HeatCulture shit I guess. It does sort of feel like Pat Riley left Erik Spoelstra out to dry and the fact that Riley gave out around $300M to Duncan Robinson/Tyler Herro/Kyle Lowry is aging like milk so I'm not sure what exactly is supposed to change.

To start the year, the Heat are rolling with the

They're 25th in FG%, 20th in 3PM, 27th in REB, and opponents are scoring 110 a game against them. It's pretty clear that Caleb Martin filling in at the starting four isn't exactly working, but what choice does Spo have given what Riley gave him to work with? Gabe Vincent should probably be starting over Lowry, but Lowry gets the nod because of who he is and not how he's currently playing.

Bam and Butler have been fine. More than fine really. Butler is actually shooting 43% from three and giving MIA the same 21/6/5 he always does. With Bam, while he's not shooting threes all that consistently yet, his defense has been superb. It also highlights the glaring issue the Heat are currently dealing with.

A season is not determined by what happens in the first 7 games, I think everyone knows that. But you do have to be careful. This is an Eastern Conference that is deep as shit, and even the rebuilding/tanking teams are tough. The Magic are 1-6 and they play teams tough. The Pistons are 2-6 and they just beat GS and took MIL to the final possession. You don't want to dig yourself too big a hole to start the year, because it might not be so easy to climb out of it as the season goes on. Not everyone can have an in season turnaround like the Celts did last year where they were 18-21 and then finished 51-31. Shit, they probably aren't even able to do that again, that's how rare it was at the time.

You might need 50 wins or damn close to it just to lock in a top 6 seed this season. Does this Heat team scream 50+ wins to you right now?

Again, it's early. We just got to November so there's certainly no reason to panic. At the same time, the Heat need to figure their shit out and do it quickly, or they're going to find themselves in a position that not even Jimmy Butler can dig them out of.