Secondly, Marty is younger, more handsome, and a better athlete than I ever was.

Thirdly... And most importantly for this blog... Even though he is a Rough N Rowdy champion, he does not know boxing as I do.

So when he wrote about Jake Paul's most recent fight, I wanted to reply, and I wanted to address what he wrote line by line because people often argue points that have never been made... It's safer this way.

And Mush started out strong with the title.

I think the title is clickbaity (is that a word?) on purpose, and I respect Marty for doing it.  Gotta get those eyes on your blog by any means necessary.  HOWEVER!... Neither of the statements contained within the title is accurate.

However, the fact that he isn't a "great boxer" doesn't even matter... I will get to that in a bit.

Everyone is so butt-hurt that Jake Paul keeps winning boxing fights.

Obviously, Marty isn't being literal when he says the word "everyone" and the word "boxing" is a little redundant here, but Marty is partially right... There are MILLIONS of people who only pay attention to Jake because they want to see him lose at ANYTHING he attempts.  And there are BILLIONS that wouldn't know Jake Paul if they were pissing on him.

When a pro boxer starts his career, he is boxing absolutely shitty boxers as well who are just starting their careers.

Jake started off and beat the shit out of two YouTube personalities, which is whatever to me. I don't even count those as wins.

I believe Jake very much counts those as wins, but whatever. I won't even count this as a sentence in a blog.

When Paddy the Baddy or other big personalities in MMA start out they aren't making the type of money Jake is for fighting these "non" boxers and they are fighting lower talent as well so they can build up a resume.

I won't count this sentence as well… Just because it has nothing to do with boxing.

I want anyone to name a professional boxer that is 6-0 with this many people watching them or even caring about them.

I'll take a stab at that because I watched that boxer fight live Saturday night at MSG… His name is Vasiliy Lomachenko, and he fought for the WBO featherweight title in only his second professional bout.

That bout was contested at 126 pounds, and Lomachenko actually lost that fight by split decision after veteran Orlando Salido rehydrated up to 147 and was unpenalized after punching Loma below the belt somewhere around 50 times (and that is no exaggeration) over the course of 12 rounds.

But Lomachenko went on to fight ANOTHER championship-caliber opponent in his next matchup (his third pro fight), this time winning a strap against Gary Russell Jr.

Fast forward 8 years, and after another win this past Saturday where he looked a little rusty because he took some time off TO FIGHT A FUCKING WAR, Vasiliy now has a record of 17-2… Fifteen of those fights have been either contesting for or defending major belts.

So, yes, there have been MULTIPLE times throughout history when young fighters have been in the spotlight very early in their careers… Lomachenko (who, as I mentioned before, had 1 loss six fights in) is the easy answer because outside of boxing fans like me, he had every Ukrainian household tuning in whenever he strapped on some gloves.

If Jake Paul started to box Canelo out of the gate, his allure wouldn't exist. He is still doing so well because of all of you morons that keep tweeting him to fight a real fighter!

If Jake Paul started to box Canelo out of the gate, there's a chance Jake Paul wouldn't exist.

I know it's clickbaity (there's that word again) for Paul to call out Saul every time he fights, but Jake Paul versus Saul 'Canelo' Alvarez would be a hate crime… And the weight wouldn't be an issue.  Canelo owns the super-middleweight division at 168 pounds but walks around close to 190 when he is not in camp, so Canelo could essentially wash Jake Paul with only a day's notice.

Meanwhile, before the fight, everyone is saying Jake is definitely going to lose to Anderson Silva and it doesn't matter that Silva is 47 years old. As soon as Jake wins, everyone starts to cry and say that Silva is so old that wasn't impressive at all.

I am pretty sure Jake was the favorite going in, and I am equally sure Silva being almost twice his age (25 vs 47) was always a concern.

People have to stop moving the goalposts every single time Jake fights.

He tried to set up matches with 2 actual boxers, but both of them backed out at the last minute, and all Jake Paul did was pivot to fight Anderson Silva on short notice.

He even had to fight Tyron Woodley on short notice, which is not an easy fight. When Jake is winning these fights, he is also putting on a show with knockouts that leave very respected people in the fighting world face down on the mat.

No issue here for me except the part where Marty says "very respected people in the fighting world"… I assume he means only Askren and Woodley because I never heard Nate Robinson's name bandied about outside of the hardwood before his fight with Jake and he obviously didn't knock out Silva.

And that is no small distinction.

At 50 years old and morbidly obese, I am moderately sure that I could knock out some "very respected people in the world of competitive chess"… And I am a fat pussy.

Would people actually want to watch Jake Paul fight a no-name professional boxer or keep watching him fight names everyone knows who is also going to be a good fight?

Remains to be seen… At some point, people will tune out… Perhaps when he fights Nancy Kerrigan.

And I got multiple DMs asking if what I said was true.

I will say that again… People who are smart enough to work a Twitter account (which isn't saying much) were dumb enough to believe Jake may be fighting an 80-year-old former professional wrestler in 2023.

I am not sure how to process that, but I don't think it's a sign he is being taken seriously.

Although, The Iron Sheik himself gave me a quote tweet…

(I believe you would, my friend.)

And finally, here is how Marty closes…

He is doing something nobody has really done and I think he deserves to be taken seriously by people because it has become must watch every single time he fights.

People either want to see him get knocked the fuck out or see how long he can go without losing.

And that is the point here, I guess…

Jake Paul is a fucking genius. (My words, not Marty's.)

He is doing so much with so little, it is extraordinary.  In the history of fight self-promotion, NOBODY has been able to sell himself to the masses like Jake.  Conor McGregor is a close second… Since 2017, Conor is 1-4 in the Octagon or Squared Circle, and yet people still tune in to everything he does.

The only difference is that McGregor had a storybook career before he ran into Mayweather, Khabib, and Poirier. 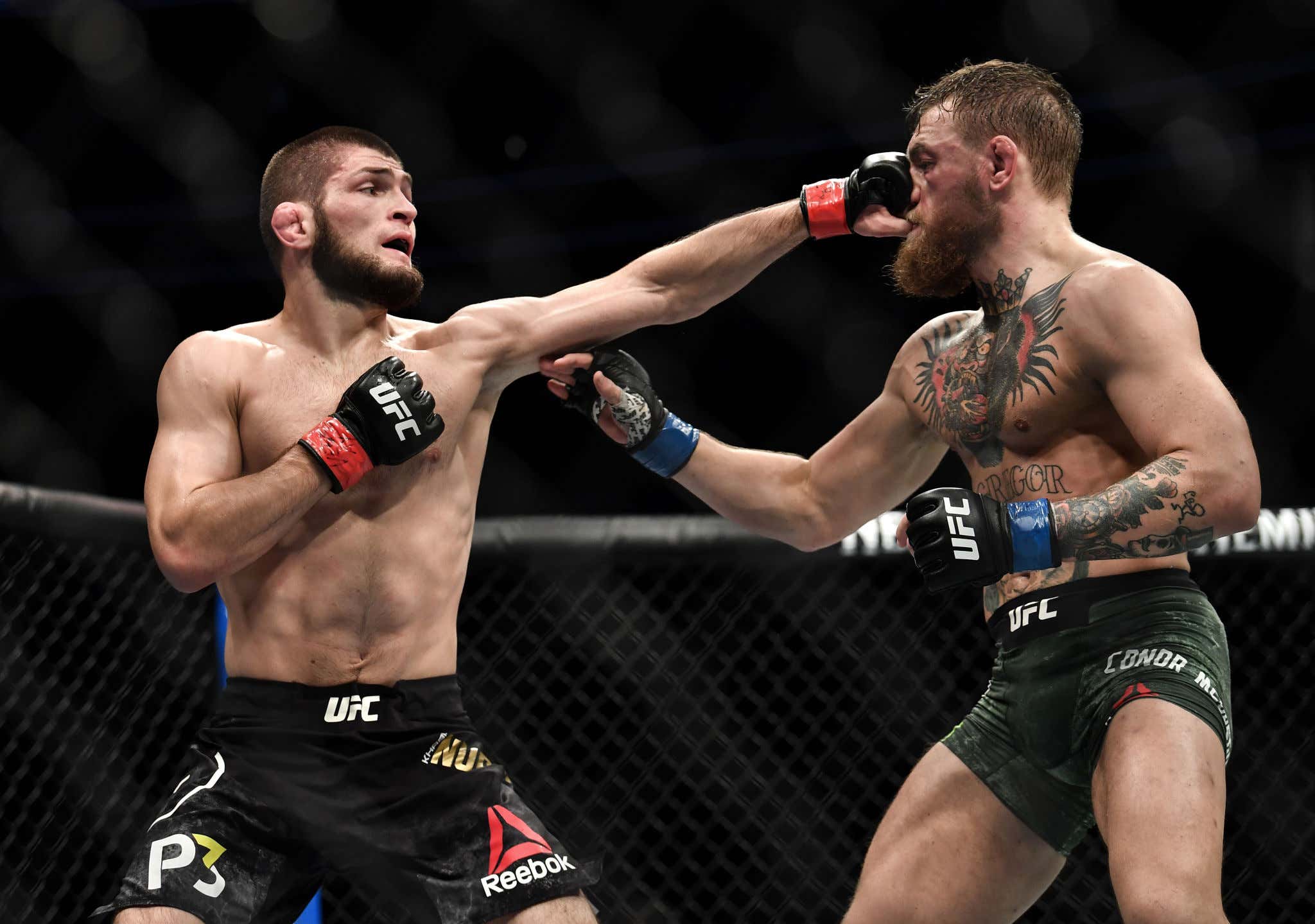 Jake Paul is wonderful for boxing.

He is promoting names like Amanda Serrano and Montana Love, AND he seems legitimately committed to improving the welfare of other active fighters… That is fucking commendable.

And please don't misunderstand me… I NEVER FAULTED JAKE PAUL FOR HIS CHOICE OF OPPONENTS… I've promoted his fights in the past, and I will probably promote more of them in the future.

Hopefully, he gets to fight some bullshit tomato can like Tommy Fury to further legitimize his resumé to people like Marty, but Nate Diaz will also sell tickets.

I only wrote this because Marty used the term "great boxer" in the title, and I took umbrage with that.  Jake's not there yet, and odds are he may never be there.

Jake Paul cannot get any worse.

He's got good power in his punches already, and at only 25, he has time to hone those shots even further. Plus, his lack of defense is one of those facets of boxing that you can improve with the right team in camp… And Jake's trainers are very good.

And here is the last point I will make… Albeit reluctantly…

I had no intention to write about Jake's latest bout… Perhaps because I was at a real fight at the same time, so I didn't see his card at all.  Or perhaps my subconscious would not let me write about a man who made some outlandish claims about my good friend Eddie Hearn.

But along comes Marty, and he puts a little chum in the water for a bloated carp like me to scoop up in the form of a 2,000-word boxing blog nobody will read.

If you want to watch some real light-heavies go at it, might I recommend you tune into DAZN this weekend to watch WBA light heavyweight champion Dmitry Bivol (20-0, 11 KOs) defend his title against his mandatory Gilberto ‘Zurdo’ Ramirez (44-0, 30 KOs). 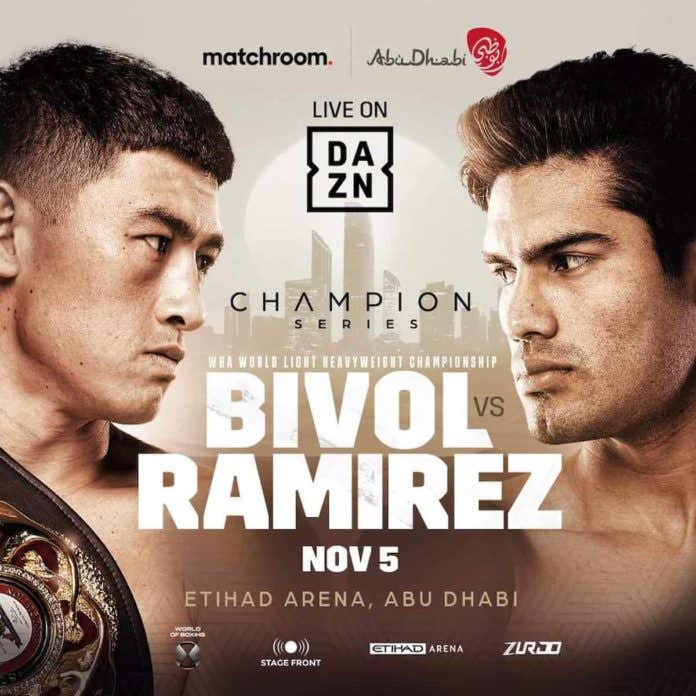 Zurdo is the bigger of the 2, but will probably negate that advantage by moving forward bell-to-bell.  He's a live dog because of his size, but I expect Bivol's speed and mobility to keep himself off the ropes and cruise to a decision.

They are fighting in Abu Dhabi, so the Main Event could walk as early as 5 PM EST… I was going to go, but customs got a peek at my browser history and decided it was safer I stay stateside.