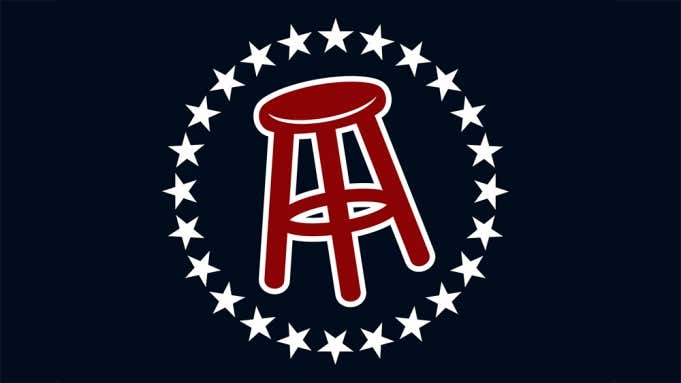 I'm going to level with you guys– I don't know what the fuck i'm doing at this company. My strategy up to this point has been to throw a bunch of shit at the wall, and see if anything sticks.

One thing I know about myself is that I need structure in my life. I am simply not responsible, or discipline enough to "work for myself". I need deadlines. I need somebody to say, "John, here is what is expected of you. If you do this much work, then we are happy with your performance."

That's why I love doing the Rundown. I know exactly what I need to do every day. The Rundown starts when I search for topics in the morning, and ends after we make the social media posts at night. My stupid, drug & alcohol damaged brain can succeed with that type of structure.

Unfortunately for me, aside from the Rundown, that is the polar opposite of how things work at Barstool Sports. Luckily, I have come up with a solution. That solution is the The Daily Truth.

When I competed in Barstool Idol, I pitched to Dave Portnoy what I would do for the company. One thing I said I would do is start Barstool Truth. While I still hate the name Barstool Truth (with all my heart and soul), I still haven't come up with anything better. Barstool Sports needs a place for real, truthful content. Hot take culture is ruining America. Barstool Sports needs some good ol' fashioned sports news reporting.

I'm going to incorporate that idea into a daily newsletter.

The Daily Truth will drop every morning Monday-Friday. It will consist of real news stories from the day prior. It will probably be very quote heavy. The stories will be true, and the quotes will be things that were really said by the people in the stories.

If I announce that I am going to do something on the blog, then I will be forced to stick with it.

I need to give myself a little structure. I need something that I have to do every day, that will actually be entertaining for people to read. I think this newsletter will be it. I am sure the format of this will be constantly changing, but I think it will give me a good place to incorporate all the random stupid ideas legitimate news stories I come across throughout the day.

Think of this as a sample of what this newsletter will look like. I chose to write about 3 news stories from BarstoolSports.com, and an excerpt from an autobiography. But it should at least give you a general idea of what to expect from The Daily Truth.

I look forward to doing this for several years to come.

The Chicago Bears traded linebacker Roquan Smith to the Ravens, in exchange for a 2nd & 5th round draft pick. Smith has been vocal about his displeasure with the Chicago Bears front office. Over the offseason, Smith stated that the Bears organization "didn't value him", and accused them of "not negotiating in good faith" when it came to his contract. Today, Smith was traded away to the Baltimore Ravens. He was in high spirits when speaking with reporters this afternoon. 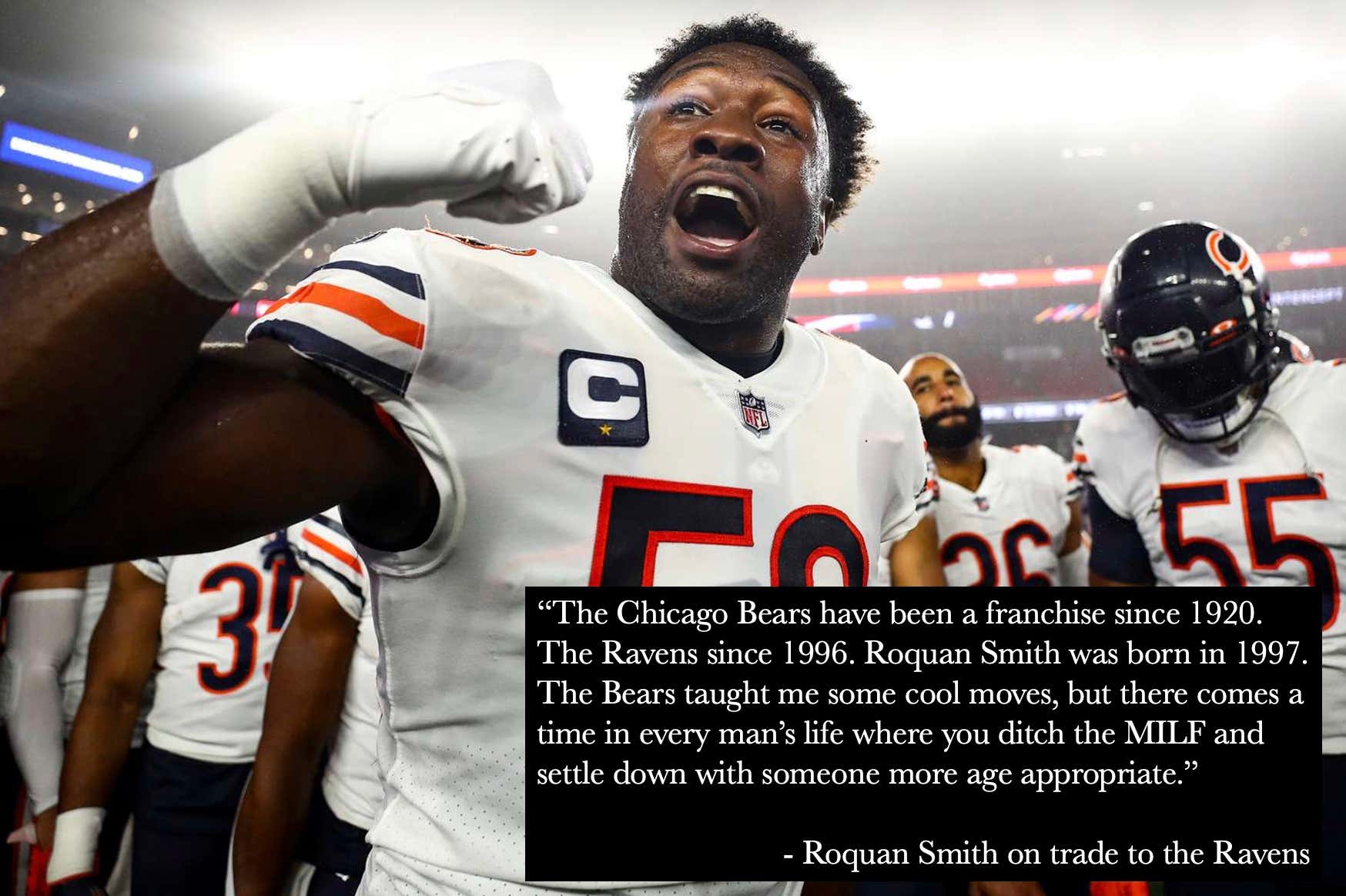 Auburn Head Football Coach Bryan Harsin was fired from his job as the Auburn Head Football Coach yesterday. Harsin accumulated a 9-12 record in his 1.5 seasons at the helm of Auburn Football. After he was fired, an interesting story came out about Harsin's last day. At the time of his firing, Harsin was on his way to meet with a local reporter to discuss a negative story that had been posted about Auburn's football team.

This wouldn't have been the first time Harsin met with a reporter in regards to some negative press. Ever since he was hired at Auburn, Harsin has spent a large chunk of his time tracking down local beat reporters to discuss the merits of their stories. 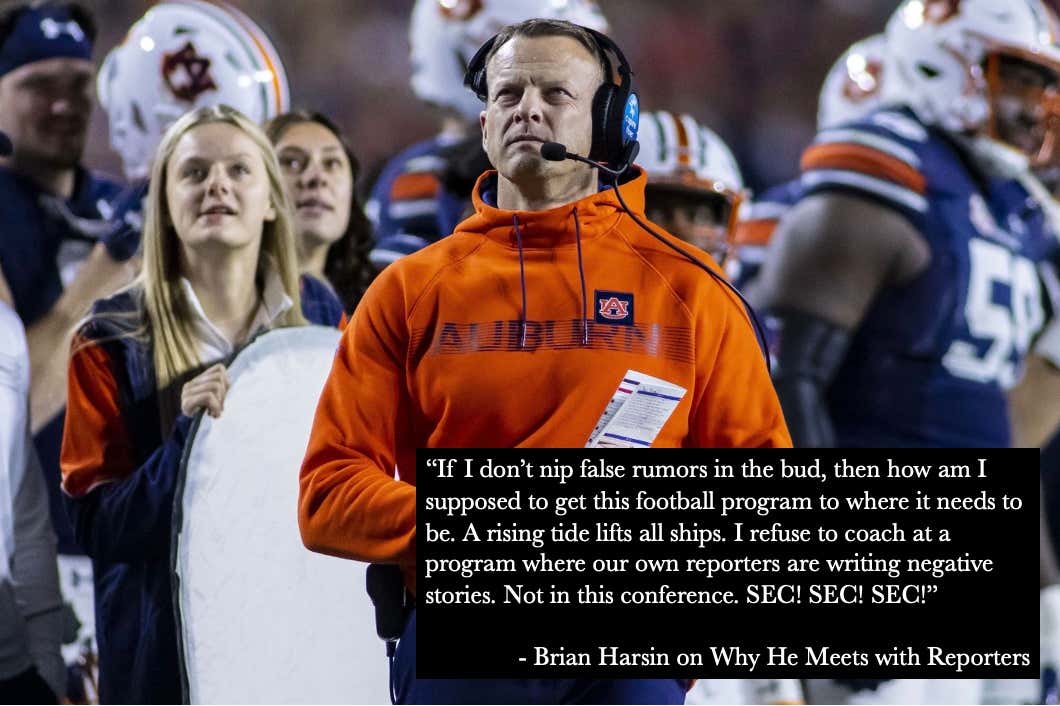 5 years ago, Dan Orlovsky was invited onto the set of ESPN's First Take for the 10 year anniversary of him running out the back of his own end zone. First Take had him on for a segment where Skip Bayless waterboarded Orlovsky with Diet Mountain Dew, while Stephen A. Smith shouted his career passing statistics at him. After the segment, Orlovsky pulled Skip Bayless aside and told him that Tua Tagovaiola was too Hawaiian to succeed in the NFL. Skip Bayless was so impressed with the take, that he got Orlovsky an interview with ESPN that same day. Dan Orlovsky has been a staple at ESPN ever since.

Yesterday morning, Orlovsky went on ESPN's premier morning show, Get Up with Mike Greenberg. The topic was Jets' Quarterback Zach Wilson's 3 interception performance in a 22-17 loss to the New England Patriots. Orlovsky's message to Zach Wilson - "It's time to grow the fudge up, dude"

Orlovsky has come a long way since he was brought onto ESPN in 2018. Five years ago, Orlovsky would not have had the foresight to tell Zach Wilson to "grow the fudge up". Only a consummate professional would have the foresight to say a phrase so moronic that it has to make the headlines. Additionally, a lesser analyst wouldn't have thought to tell Zach Wilson, "You're not in the Mountain West anymore, champ". A simpler man would think, "Zach Wilson didn't play in the Mountain West, so why would I say that?"

That right there is what makes Orlovsky so great. He knows that facts are irrelevant when it comes to getting off a take. Analysts bound by facts never make careers for themselves at ESPN. We should consider ourselves lucky that we live in an era where we can watch Dan Orlovsky give daily, unfiltered, fact-free takes on the Worldwide Leader in Sports.

I have recently started reading books again. I feel as if my vocabulary is not where it should be. I've heard that reading books is good for things like that. But if I'm going to read a book, then I'm at least going to get some content out of it. To wrap up my Daily Truth's, I will post a daily excerpt from a popular book that I am currently reading (I'm on a 1 book per day pace). This first excerpt comes from Matthew McConaughey's Autobiography, Greenlights. 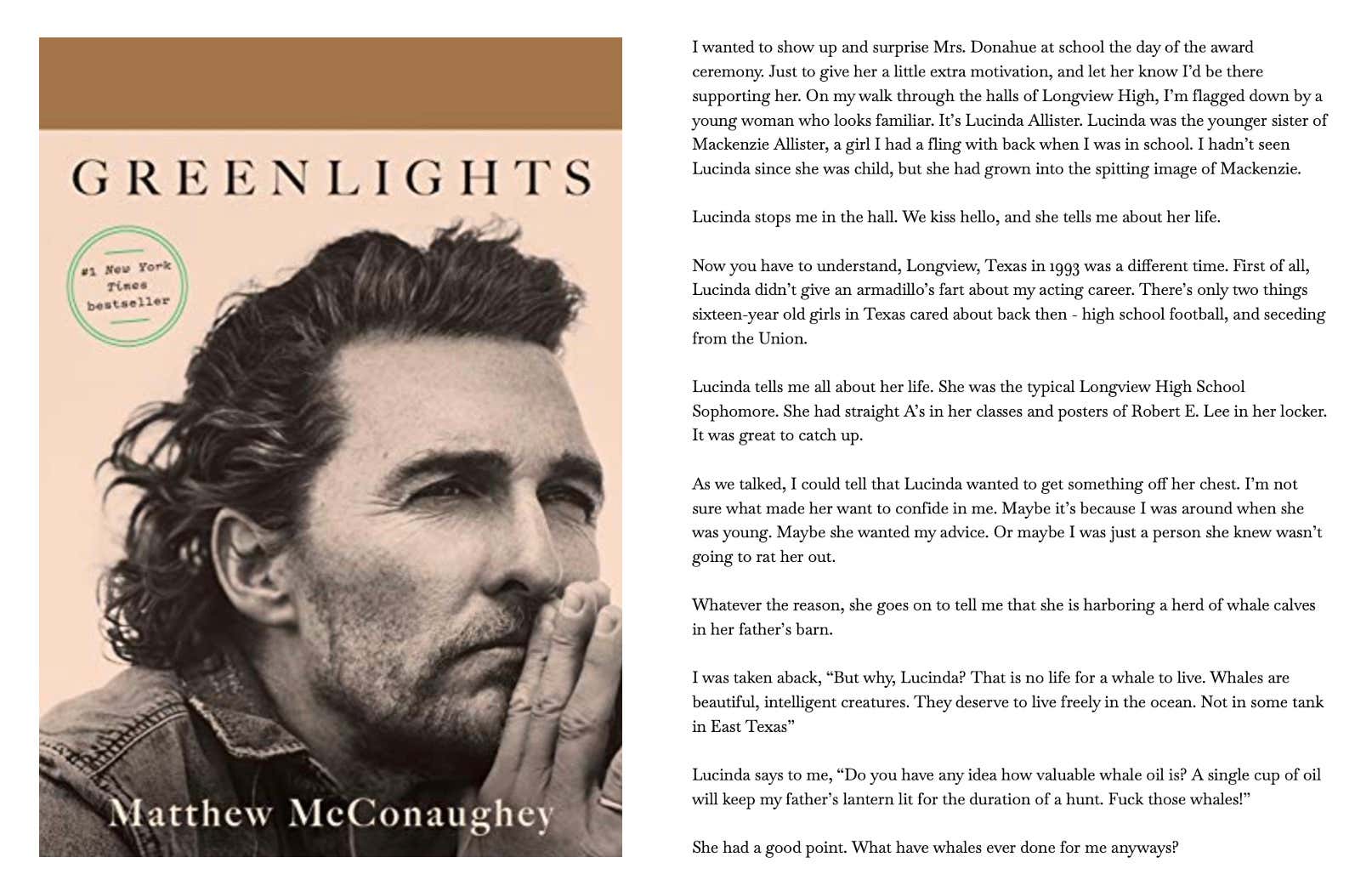 This concludes the first of many Daily Truth's. I put this one together fairly quickly, so consider this a sample of things to come. I look forward to writing these until the day I die.