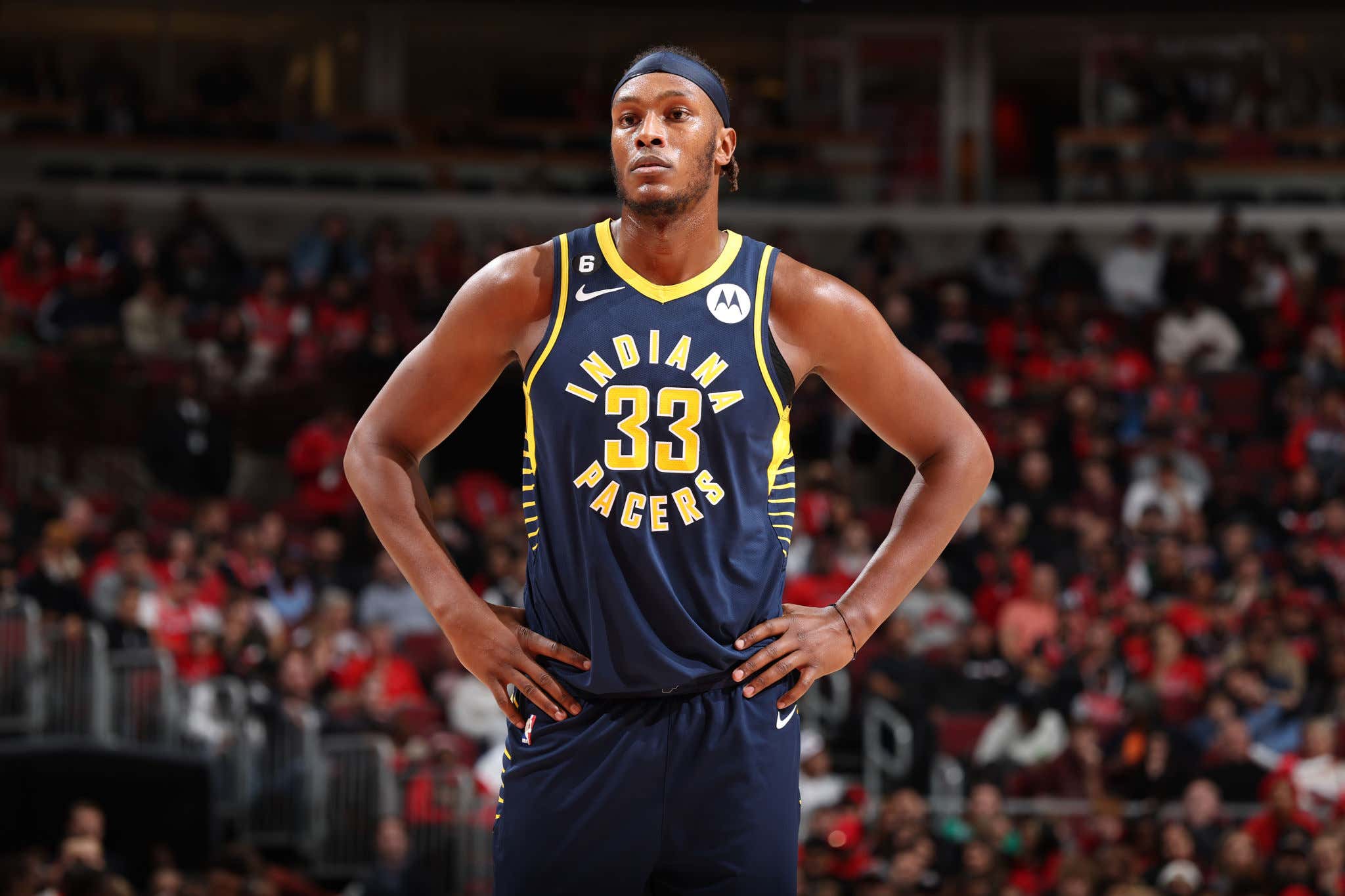 If there's one thing we know about the NBA, it's that you can't even have a season unless there are rumors/talk around trading Myles Turner. If it feels like every single season you see some "SOURCES" or "REPORT" trade tweets involving Myles Turner, it's because that's exactly what happens. I don't think there is another player in the NBA right now that has been "almost" traded as often as Turner has. It's almost as if the second he signed that 4/80M extension back in 2019-20 he was instantly put on the trade block. At this point I kind of feel for him. That has to be pretty stressful to deal with every single year.

If there's one thing we also know, it's that the Lakers stink. I know they got their first win of the season last night, but let's be honest. That roster is not going to cut it. Most people will talk about how they need to pull the trigger and just bite the bullet on the previously rumored deal with the Pacers for Myles Turner and Buddy Hield, and you can understand why. Both players have a skillset that the Lakers desperately need, especially in the shooting category. It gets tricky because Turner is an expiring deal this season at $17M and Hield has one more year left after this at $18M, so when you start talking about those future first round picks there's an argument to be made that you shouldn't give up picks of that value for a rental type player.

At the same time, the Lakers are in win now mode and need to save their season. So what should they do? Just ask Myles Turner!

OK, this is pretty nuts. When have you ever heard a player currently under contract for one team openly talk about how another team should trade for him? Don't even focus on if he's right or wrong for a second. I'm talking about the actual act. Isn't that tampering or something along those lines? You can do that?

I'm honestly thinking back and I can't ever remember something like this taking place. We've had players demand to be traded to certain teams, but that's not what this is. Kind of fucked up by Woj to set him up like that because I'm pretty sure he won't be paying any type of fine that Adam Silver could decide to give for talking like that.

Think about it. A lead reporter for ESPN, a network that currently is slated to broadcast a shit ton of Lakers games, basically gets a player who is currently under contract with the Pacers to advocate being traded to the Lakers. That just feels….weird. I don't even fault Turner for his answer, because he's right! The Lakers probably should trade those picks for Hield/Turner. He's essentially on Woj's podcast doing this

which is a little odd considering I'm not so sure the Lakers are even better than the Pacers? Maybe Turner knows he's leaving IND no matter what this summer and figures he may as well live in LA. Then if things work out there, he could get some of all that cap space they should have next summer. Given the fact that AD is a baby and refuses to play the 5, maybe it's worth the risk for the Lakers. At the same time, I would certainly not hate if it all blew up in their face, so I don't see why they should be against something like this.

I do like the angle of Turner at least trying to help the Pacers for the future. If you're planning on leaving a team, it's the least you could do I guess. He's only ever been a Pacer so I'm sure he loves the organization, and maybe he wants to set them up for future success while also finally going somewhere else.

My question is what does Silver do as a response? We've seen some pretty hefty fines come down before when it comes to tampering. There's no way to stop it, but I'm pretty sure Silver doesn't want this shit getting out. Of course he knows it happens, but maybe do it in private. I'm not sure the league wants guys who are actively suiting up for one team to be openly making a case for another team to trade for him. That opens up a can of worms that can get out of control quickly.