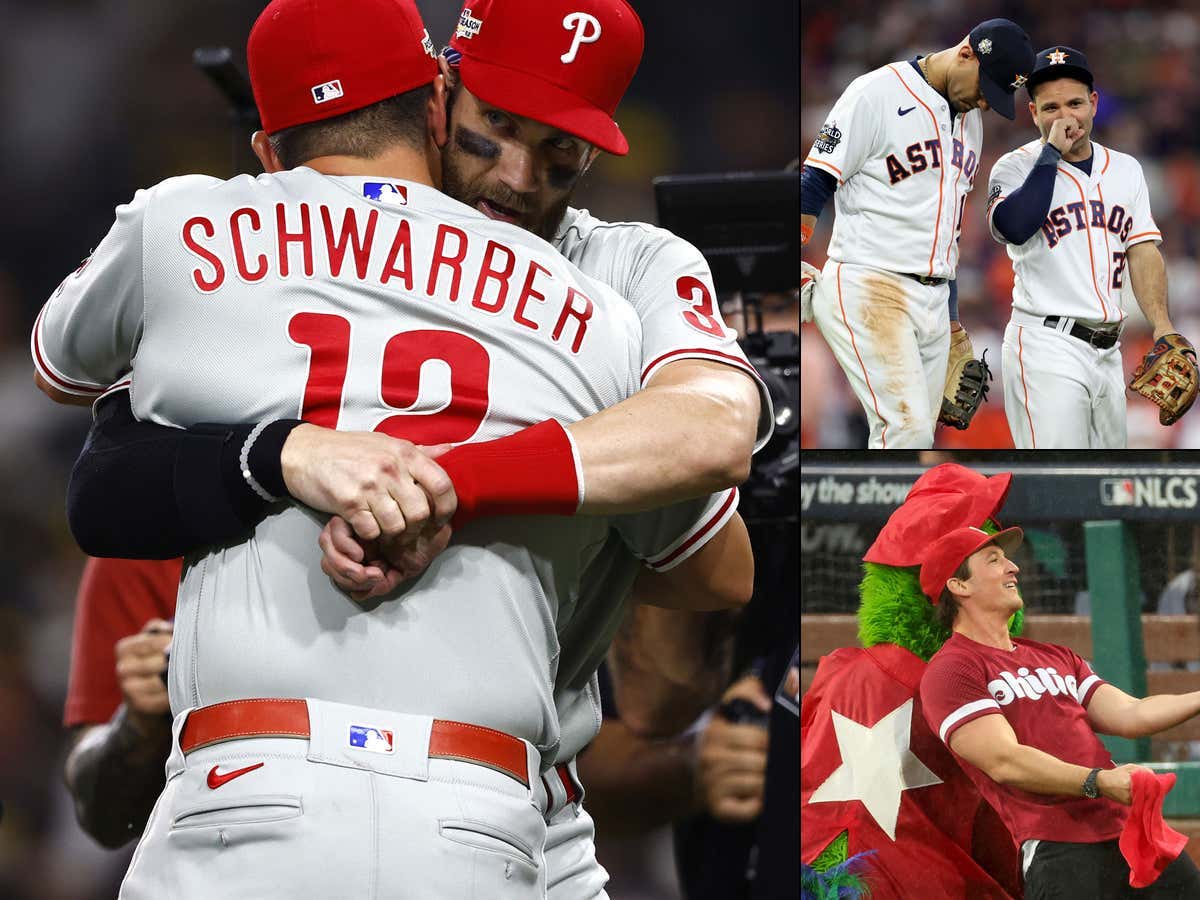 We got ourselves a 1-1 World Series going into Game 3 tonight and I don't think it could be scripted any better. We've exhausted the overall storyline at this point and yet it's still worth repeating: the best AL organization on paper vs. the hottest NL club imaginable. The two strongest forces in baseball are violently colliding. It's talent vs. momentum and it's been nothing short of awesome.

Tonight the Phillies return home for their first World Series game in 14 seasons. It should be the rowdiest crowd of the season but will that be enough to offset Phillies overwhelming advantage on the mound? How much can the Phillies expect from Noah Syndergaard? And how does McCullers match up against their lineup?

So many factors going into Game 3 and rightfully so. By far and away the biggest game of the year so let's get into it. Here's the most important stuff you should be thinking about:

I'm still not really sure if I believe this, but Noah Syndergaard is starting for the Phillies tonight. I had to double take. This is a completely different pitcher than the one that's been … He missed almost all of 2020 & 2021 with Tommy John surgery. And unlike Verlander, his fastball and overall stuff have yet to rebound to pre surgery levels. Time will tell if that happens, but for now he's down about 4-5mph across the board. Spin rates and all that jazz are right on trend. He's not the stud flamethrower but he does have World Series experience and a substantial chip on his shoulder. Noah's Mind/Body/Spirit should be dialed-in tonight at the personal max.

Another benefit… the Phillies are rumored to want just 3-4 innings from the righty. That's potentially not even two trips through the lineup. I don't think you can bet it but I would love to see Penn list his slider usage percentage tonight as an exclusive prop. I'm taking over 43.5%.

Personal bets aside, it's a smart wager from Rob Thomson to want the bullpen available starting in the 3rd inning. The Astros have done a bulk of their damage in the early innings and I think this plays into the next point quite well.

Don't Go Down 5-0 = If you're the Phillies, the #1 goal tonight is to not trail by 5 runs in the early part of the game. Consistently doing that makes it much harder to win the World Series and I think the Phillies try to make that adjustment tonight. Sounds like a simple fix but the Astros don't make it easy for opposing pitchers. And normally you combat it by limiting mistakes - errors and missed cuts and wild pitchers, etc. But really you have to limit the stuff you can't even control. Like infield singles and bloop hits to the Bermuda triangle. It's almost more than playing a perfectly clean game. You actually need a fair amount of luck on your side as well.

But before you even get to that level of detail, you can't let the Astros smash you top-1 tonight. You can't give up multiple extra base hits in a row. Maybe even take an early lead?

Jose Altuve Is Red Hot = Remember when he sucked this postseason? Those days are over. He's 6 for his last 13 with 3 runs over 3 game. And while the numbers are encouraging. It's more about his approach. He's only seen 24 pitches in 10 WS plate appearances, a substantial increase from the first 7 games of the postseason. That was enough to catch the Phillies early a couple times in game 2. Does that mean 5 sliders to start the game? It will be very interesting to see how JT calls this game starting with the 1st pitch.

Lance McCullers Change Up Usage = Probably his last pitch to think about but that's why it's so important to me tonight. He throws his fastball only about 25% of the time. Heavy slider/curveball with a new cutter since returning from injury. But also lurking in his arsenal is a changeup that gets almost 20% of his usage that should get some major opportunities tonight.

Specifically to the middle of the Phillies order with runners on base. McCullers pitches off his breaking stuff so much that it inherently sets up these great moments for a change up. Like a 2-1 count after two straight sliders to a lefty. Or 3-2 with the bases loaded or a runner on 3rd and less than 2 outs. Basically when the Phillies have a clear advantage and you're naturally looking for something hard. That's when McCullers can use his changeup the best tonight and I think we see it more than usual. Like I'm fully anticipating a 4th inning segment from John Smoltz detailing his surprise and admiration for McCullers changeup feel tonight.

Bryce Harper = This will be his first WS game at home in his career. I don't know how many other players deserve that kind of note. But Bryce Harper went to the Phillies for this exact moment. He could have gotten his deal from a number of teams. But he picked Philly for the crowd and the atmosphere and spending the rest of his career in a market that loves a winner. Now he's got his chance at home to do something spectacular and I can honestly say it's the most captivating storyline of the series. Notwithstanding late inning drama, nothing compares to his plate appearances. It's easily the most heightened and intense you feel for any of the players in this series and that's on purpose. It's because Bryce Harper is the fucking man and tonight he gets a chance to show us once again.

For entertainment purposes, I don't think it gets much better. But I'll reserve final judgment for after the game. Right now it certainly feels like it's going all 7 and you can't really ask for much more.

Postgame pod will be on Starting 9.