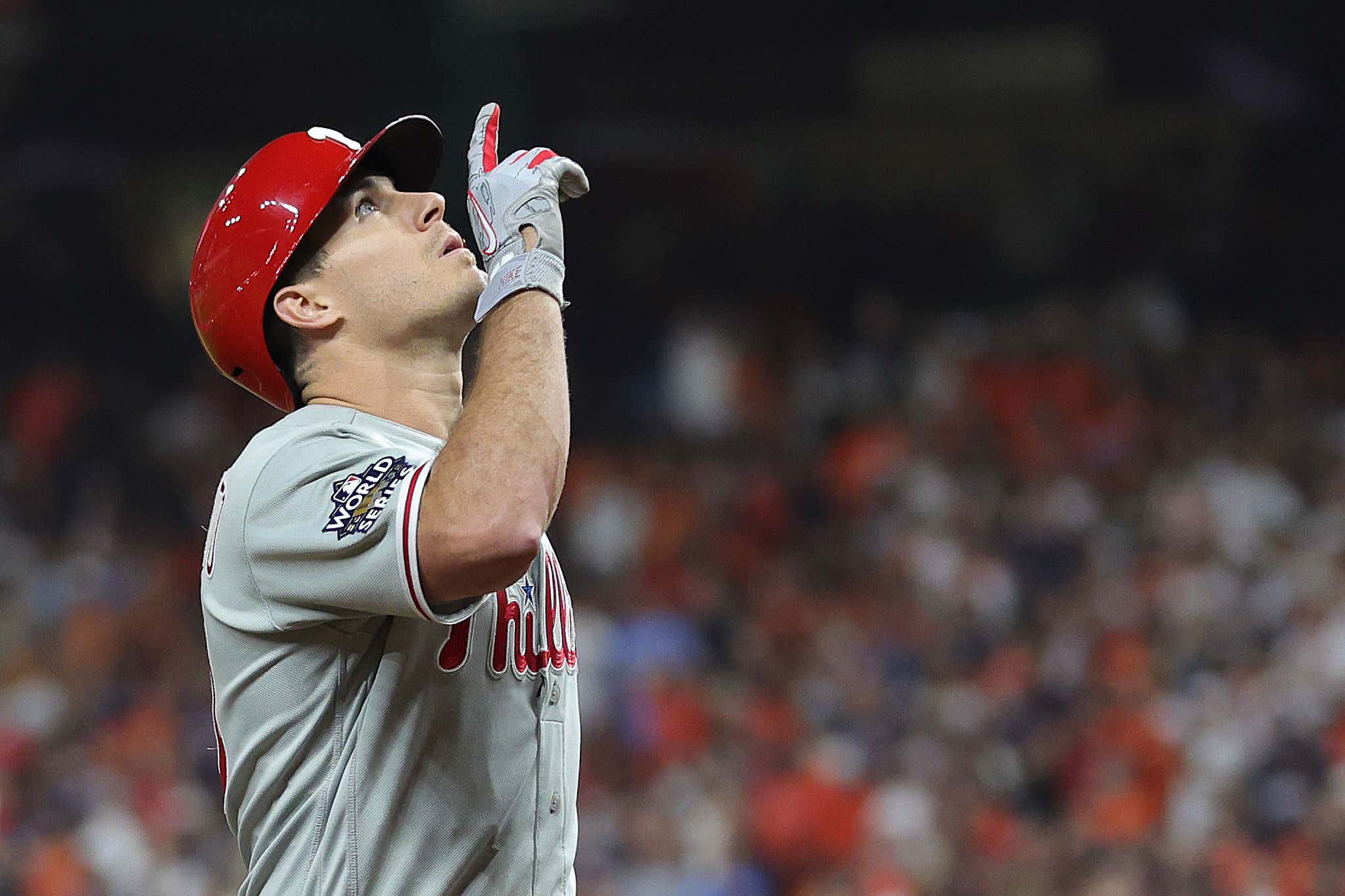 JT Realmuto hit the biggest home run of his life last night. Game 1 of the World Series. Top of the 10th. Game is tied after the Phillies rally back from being down 5-0. JT at the plate. That's some shit these guys dream about since the first day they picked up a bat, and holy shit did JT Realmuto deliver.

Not to mention he also had a massive 2 rbi double to tie the game in the 5th.

But there's an alternate universe somewhere out there where none of this happens. Because in that universe, the Phillies let JT Realmuto walk in free agency and he's probably out there leading a team like San Diego to a 1-0 series lead in the World Series while the Phillies are stuck with their dicks in their hand after not making the postseason for the 12th consecutive year.

Fortunately we live in a universe where Bryce Harper was never going to let that happen.

I legitimately think if the Phillies didn't get that Realmuto deal done, Bryce Harper would have walked into the front office and beat the shit out of every nerd wearing a suit. But again, fortunately we never have to worry about what would have happened because Bryce got the job done. The Phillies also lucked out that somehow there wasn't really a crazy market for JT so it's not like they were going to get into a bidding war. But still. If Bryce doesn't bully the front office into re-signing JT, then the Phillies don't even get to last night. Let alone JT Realmuto having the opportunity to cement his name into Phillies history for the rest of eternity with one massive swing.

What a ball player. BCIB and it ain't even close.

Sidenote: For those keeping track at home, that's now TWO games that Nick Castellanos has saved with his defense.

This team, man. Just completely flipped the 11-year script over the course of 3 weeks. It's insane.