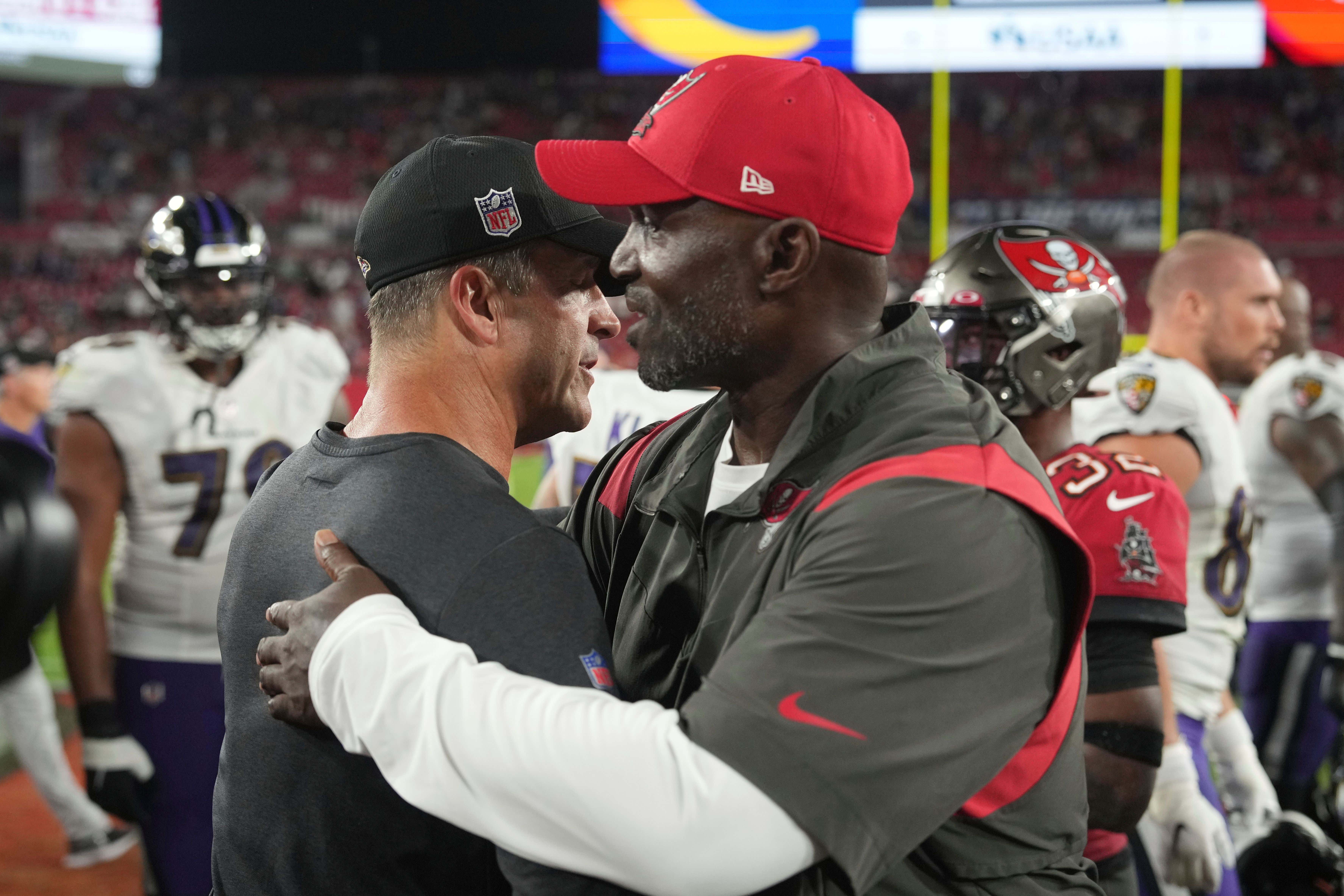 The Tampa Bay Buccaneers came into Thursday Night's game reeling, having lost two straight and four of their last five games. It was a short turnaround after a gutting loss to division rival Carolina and hopes were high that the team would right the ship. In fact, they started out as a home underdog, but closed as a -1.5 point favorite to the Baltimore Ravens.

The Ravens presented a tough test. For a team who had a lot of issues staying in the correct gap last week in Carolina, Lamar Jackson and Baltimore have the ability to take advantage of every little opening with their potent rushing attack.

Despite the recent skid, vibes were very high pre-game.

For the second straight week, the Bucs started the game with a critical error.

But the defense stood up and those were the only three points they gave up all half. Just a fantastic effort. But the Bucs were only winning by 7 at halftime, despite that.

The 2nd half went just as I had feared. Our best pass rusher, Shaq Barrett got hurt in what could be a season ending achillies injury. But the problems remained.

They couldn't run the ball

Awful red zone percentage, so they're failing to capitalize on when they put a drive together.

They couldn't reliably pass protect, so the drives were short and they forced the Defense to be on the field too much

The defense broke down and couldn't get off the field in the 2nd half and Baltimore won the time of possession battle 38.5 minutes to 21.5

They didn't force any turnovers again

The run defense was particularly maddening as this team was built around stopping the run.

Despite a decent effort at the very end, the Bucs fell 27-22. After the game, Bucs HC Todd Bowles was asked if there would be any personnel changes with the 1.5 weeks off before their next game, a home date with the Rams.

Will Offensive Coordinator Byron Leftwich be axed? I've personally always liked Leftwich, but the numbers are the numbers and the Bucs offense is averaging 18.5 points/game, which is low. But given the talent on this roster, is incredibly low. I have faith that this team will eventually turn it around, but they need to start soon.