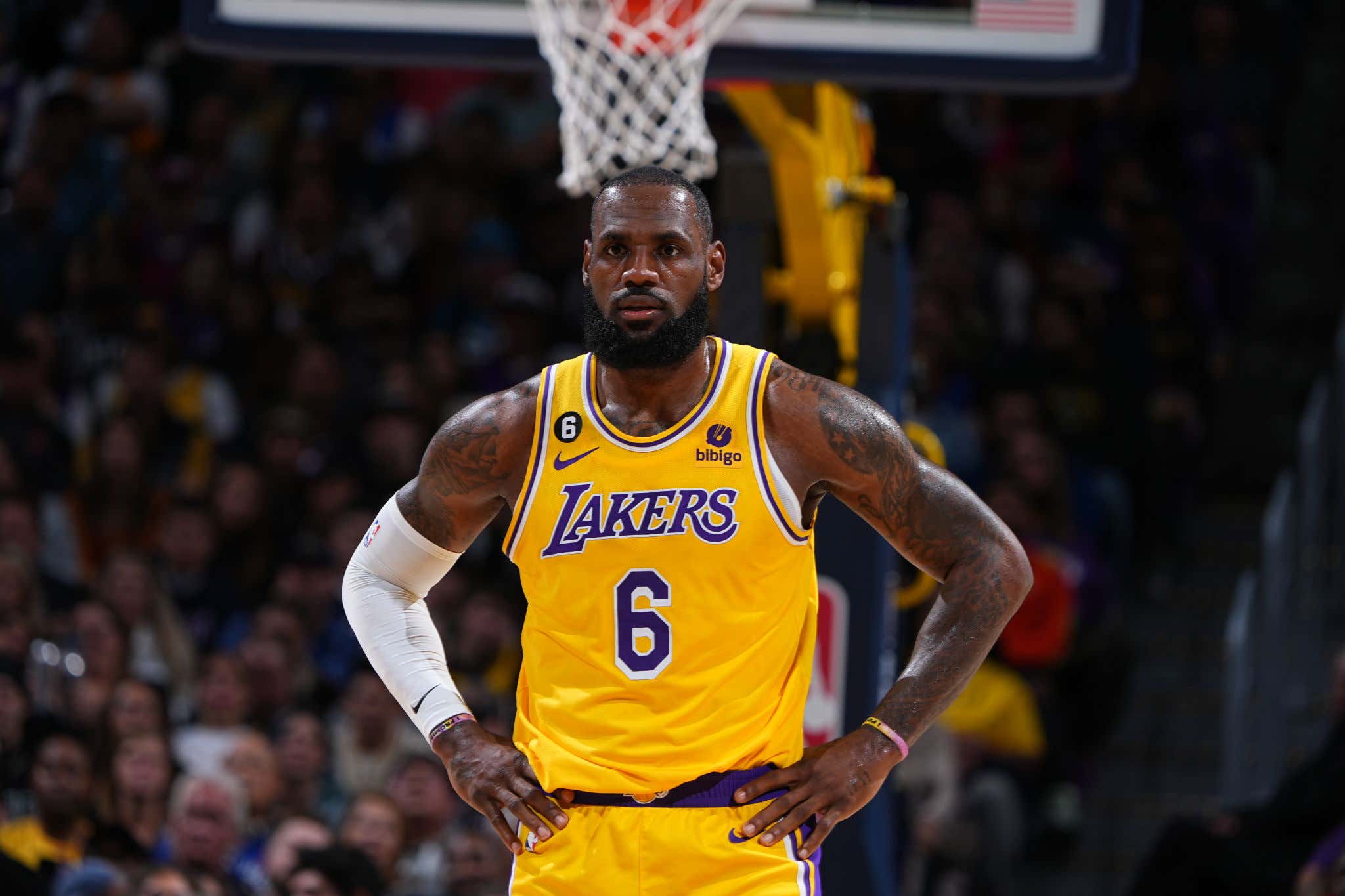 You'll never believe this, but after a game in the Mile High against another Western Conference Contender in the Denver Nuggets, the Los Angeles Lakers are still searching for their first win. Only 3 teams in the entire NBA remain winless through the first 9 days of the NBA season with the Magic (0-5), Kings (0-3) and Lakers (0-4) all still searching for that first W. I'd say this was a surprise, but that would be a lie. Nobody is surprised.

What you're going to start to see is now that the Lakers are bad, talking heads are going to go with the "Well we don't need to talk about the Lakers, we know they stink" move. JJ Redick did it last week when he said we shouldn't pay attention to how the Lakers do on the court because we should instead just show love to LeBron's greatness for breaking the scoring record. There was Perk (a Klutch guy) last night who instead of dragging the Lakers like he does with pretty much every team that embarrasses themselves, he went with this.

Frankly, I think this is all bullshit. When the Lakers are good, it's all we hear about. ESPN doesn't shut the fuck up about them. But now that they are horrendous, people are supposed to somehow ignore it?

It is my promise that I will never do that. Mostly because I despise this franchise and their demise brings me joy, but shit someone has to do it. As I've stated before, I hope my coworker Pat Bev has a career year and looks awesome, but I still prefer the Lakers lose every single time.

Which brings me to last night's 110-99 loss against the Nuggets. This was not a game you could pin on Russell Westbrook given that he didn't play, and wouldn't you know it ALL of the same issues that exist when Russ is on the floor still happened! Crazy to think about considering all we hear about is how Westbrook is the biggest issue with this roster and everything is his fault. When do all the hit pieces at hot takes come out about LeBron having as many TOs (8) as FGM (8)? When do we get to hear about how Anthony Davis was absolutely COOKED by the best center on the planet to the tune of 31/13/9 and was a -22 in his 36 minutes?

Even without a terrible shooter in Westbrook, this team still showed why there's no real fix to the current issues at hand. The Lakers were 8-30 from three last night (26%), and while technically that percentage is an improvement on their season average, it's still very very bad. In fact, it is historically bad.

No team in the HISTORY OF THE NBA has ever had a 4 game stretch at any point in any season where they've shot this poorly. That's actually impressive when you think about it. I mean if you're going to be bad, you may as well fully commit and be historically bad. At least at that point you're in the record books. Sure it's for all the wrong reasons and you should be very embarrassed, but records are records last time I checked.

What's wild is that this one glaring issue (shooting) that everyone on the planet outside of Rob Pelinka knew was going to be a problem is literally the thing that is tanking the Lakers season. All they have to do is be average!

The good news is their schedule probably lightens up right? Maybe some easy games here or there to get some confidence and build some momentum.

That's their schedule from now until Christmas, or the next 29 games. How many wins do you see in there? Shit, even Utah isn't a layup matchup anymore since they decided to actually be the best team in the West as opposed to tanking. The Spurs are feisty too.

The best part of all of this? Remember, the Lakers do not own their first round pick. That's headed to NO as part of the Anthony Davis trade. You know what that means right

The Lakers are setting themselves up for a world where they gift the Pelicans either Victor Wembanyama or Scoot Henderson. Talk about disaster. All while they're stuck with a version  of AD who looks like a shell of himself and an old as shit LeBron who is probably already scoping out his next team.

Honestly, after everything the Pelicans and their fans had to deal with in regard to that AD fiasco, I hope they are the ones that land Wembanyama. Him and Zion would be INCREDIBLE to watch, and I love what the Pelicans are building. They have nailed their rebuild and have turned themselves into an actual destination all while being a "small market" team. Great drafting, smart trades, a good coach and solid front office, it's been awesome to watch them develop.

There were reports that the Lakers were going to hold off on trying to make a trade until Thanksgiving, but I'm not so sure they have the luxury to wait. It probably won't even matter in the bigger picture because this team looks cooked already, but it would not shock me if we see UTA/IND finally get their hands on those 2 first round picks. At this point, what choice do the Lakers have?

Patrick Beverly and Rone breaking down this season on their podcast is going to lead to some fascinating stuff.