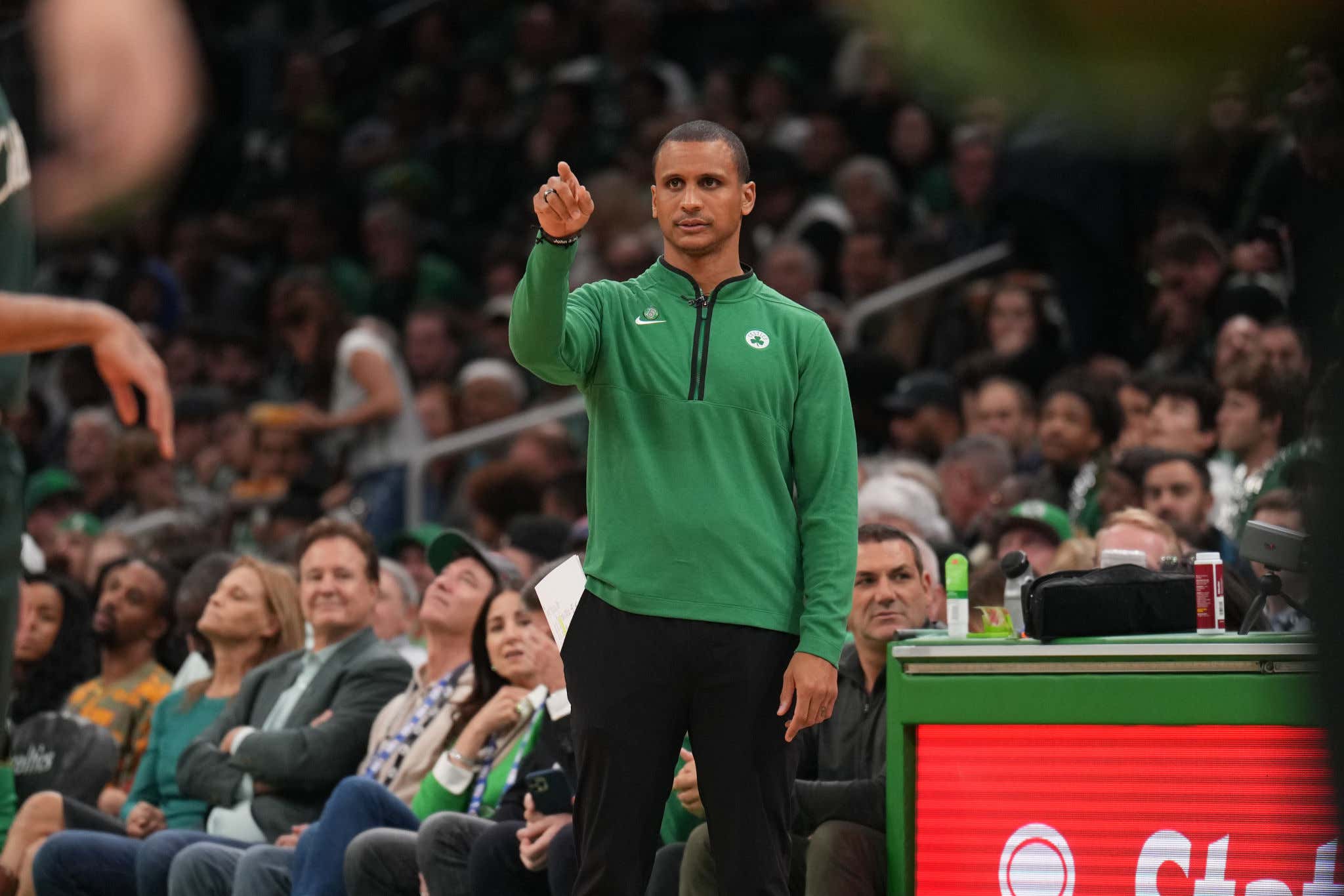 The hottest topic in New England sports right now for some reason isn't the Celtics 3-1 start. I know, I'm shocked that's the case too. It's not even the great start to the Bruins season either. No, the biggest topic right now is clearly Bill Belichick/Mac Jones/Bailey Zappe. Coming off what we all watched on Monday night, I guess that's to be expected. I thought Jerry Thornton had a great blog yesterday on this exact topic

which I recommend every Pats fan read. It made me start to think about how my favorite franchise went about their own "QB controversy" this very season, and how maybe Bill needs to pick up the phone and pick the brain of both Brad Stevens and Joe Mazzulla when it comes to figuring this whole situation out.

You see, the Boston Celtics could have had nearly the exact same drama when it comes to their "QB" position, aka the point guard. All you have to do is look at how they've handled the Malcolm Brogdon addition up until this point.

When the Celts first traded for Brogdon, all the reports we heard were how Brad was in communication with Marcus the whole time, got his input, reaffirmed his role, etc. It was laid out very clearly to Brogdon what would be the deal if he ended up becoming a Celtic. Remember, he basically got to choose between BOS and TOR.

Smart said he and Brogdon, connected through mutual relationships, have known each other well for years. Their bond is another reason for the Celtics to have faith that the Brogdon trade will pay off. Though Brogdon’s skills appear to be an obvious fit, the Boston front office understood the potential risk of adding another starting-caliber guard to the mix.

Before pulling the trigger on the trade with Indiana, the Celtics asked around about Brogdon’s locker room demeanor, league sources told The Athletic. The team envisioned him in a backup role in Boston and wanted to gauge how he would react to that reality. Brogdon, who has already been informed he will need to accept a second-unit spot, has sounded ready to embrace it.

This is not a blog to debate whether or not you think Smart or Brogdon should be the starting point guard. Grow up. It's more about the approach the organization had to a very sensitive position, not too different from what the Pats are dealing with currently.

The one thing we've learned about this Celts group is that they are able to be at their best when everyone has a clear and defined role. The players know what to expect in terms of what they need to do when on the floor, they know what to expect when it comes to rotations and minutes, and from that, you get complete buy in which is imperative to championship level success.

For all of this to work, it requires more than just the boss in the front office to be on board. The coach needs to be the guy who actually implements the plan. There have been multiple times when Joe has been asked about what he's going to do at starting point guard, and not once has he ever waivered

Just compare that to how Bill has been answering questions about Mac/Zappe. He's had multiple chances to end all the drama and put his support behind either Mac or Zappe. End the drama and speculation and take a stance. Instead, he's done the opposite which has allowed this drama to snowball. He could stop all of this by simply stating that when Mac is healthy, he's the guy. Period. Or he could just come out and say Zappe is the guy who gives them a better chance moving forward so it's his job now. Period. But for whatever reason he hasn't.

There's no conviction in Bill's answers about his quarterbacks. How are the players supposed to have confidence on the field if their own coach/GM doesn't have confidence in the most important position? We all heard the comments postgame, some players didn't even know what the plan was heading into the game when it came to who would play. How did the product on the field look to everyone?

I keep thinking back to the Celts turnaround and how they've started this season. The winning came when Brad adjusted the roster and Ime clearly defined the roles. The players embraced it and the wins soon followed. How they've handled integrating Brogdon so far this season has been seamless, and while it's early, everything we hear from both him and the team is that he fits like a glove and is embracing his role off the bench.

Anyone would be silly to compare the success of Bill to Brad/Joe, so I want to be clear that's not what I'm doing. But it's pretty obvious that Bill has completely fumbled this QB controversy when literally all he had to do was follow the same blueprint as what's currently going on with the Celts. Be direct. Be clear. Make a goddamn choice and stick with it. Once you make that choice, put the player in a position to succeed.

We still have to see what happens if Smart maybe gets hurt and misses some time and Brogdon plays well filling in and how they adapt, but my gut tells me given how direct the team has been about the plan and role of each guy, that it won't be the same issue like what the Pats are currently dealing with. The Celtics got ahead of that potential roadblock and took care of it heading into the season because they know their window to win a title is wide open.

Maybe it's time for Bill to follow a similar path if he wants to save his season.