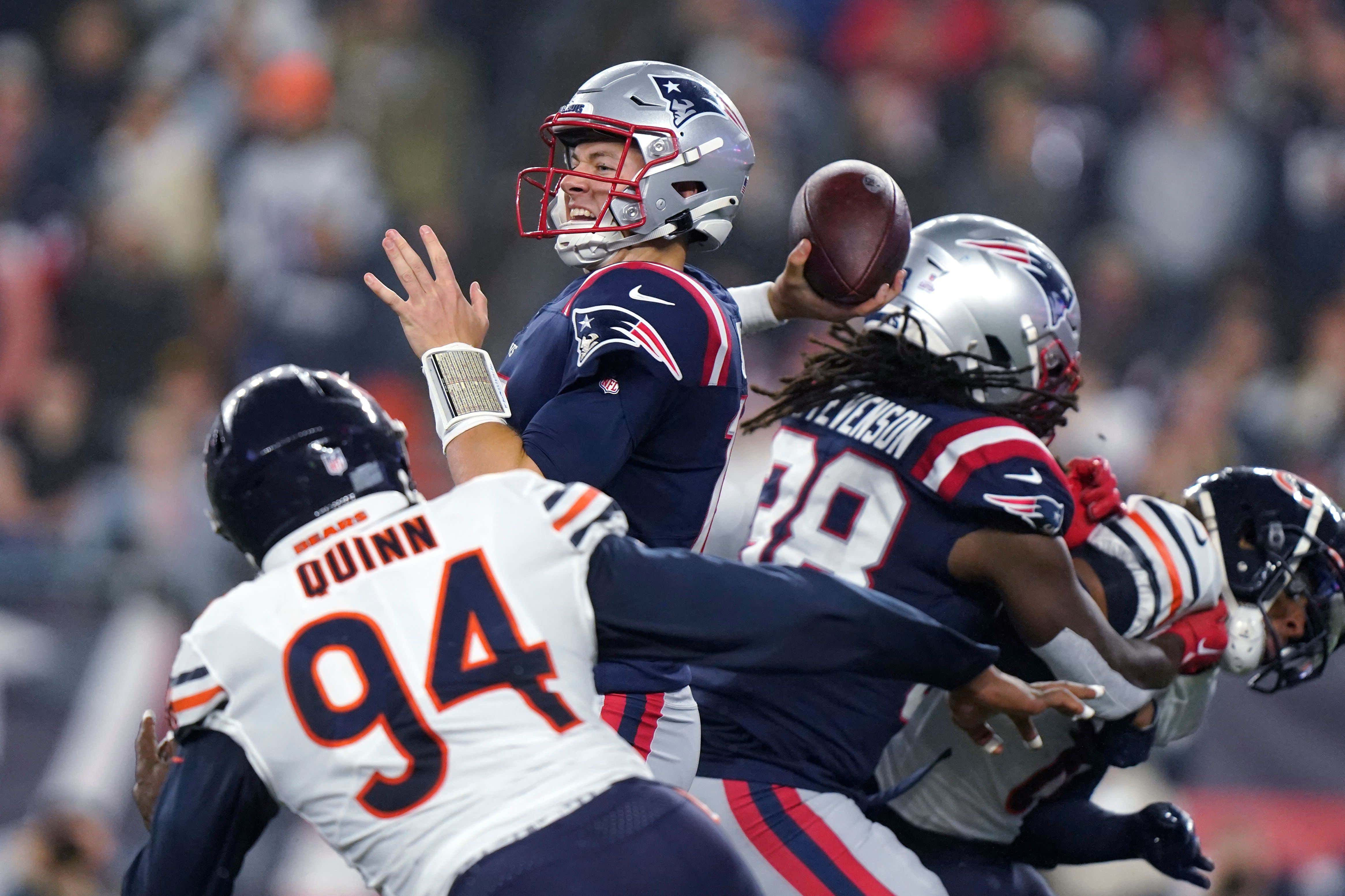 Given everything that transpired Monday night and into Tuesday, now that I re-read that headline I realize it could be misconstrued. I didn't mean to suggest the Patriots coaching staff screwed Mac Jones over. What I'm going with is that he was done dirty by one of the Patriots oldest and fiercest nemeses.

Here again is Jones last play of the game:

Here it is again, from the Sad Reaction Cam angle:

Which, if you slow that one down, zoom in, and take it frame by frame, Warren Report-style, you see the fatal shot that did Jones in:

Back, and to the left. Back, and to the left. Jones threw right into an ambush. There was an extra defender just above and ahead of him: ESPN. And their unindicted co-conspirator's name is Roger Goodell. His motive is greed. A lust for power. Ginger Satan is so hungry for network money he'll let them affect the actual outcomes of games by dangling cameras into quarterback's flight paths, just to give primetime viewers pretty pictures so his corporate partners can sell pizza, calling plans, and penis medicine. This goes all the way to the top.

Make no mistake, Jones is a victim here. Not of his own poor decision, like we thought. But of a system-wide breakdown beyond his control. He knew his pocket was collapsing and Jonnu Smith was covered. So he did the right thing. What he was coached to do from the time he was in high school, through Alabama to New England. And that is protect the ball. It's so obvious now that he was throwing it away in order to live another down. What he didn't count on - nay, what he could not have counted on - was that the powers that be would place a damned wire in his way. Barely visible. Unnoticed by the untrained eye. Missed by everyone in the chaos of the moment. But deadly nevertheless.

Bill Belichick and his coaching staff can be forgiven for reacting in the heat of battle the way they did. Jaquan Brisker appeared to have acted alone. They had no evidence to the contrary. So they rushed Jones out of the game for the team's safety. But knowing what we know now, that was a mistake. One that should be corrected as soon as possible.

Mac Jones must be reinstated as our QB1 as soon as possible. And remain under center until such time as his high ankle can no longer support his Pro Bowl body. This injustice has gone on too long as it is.