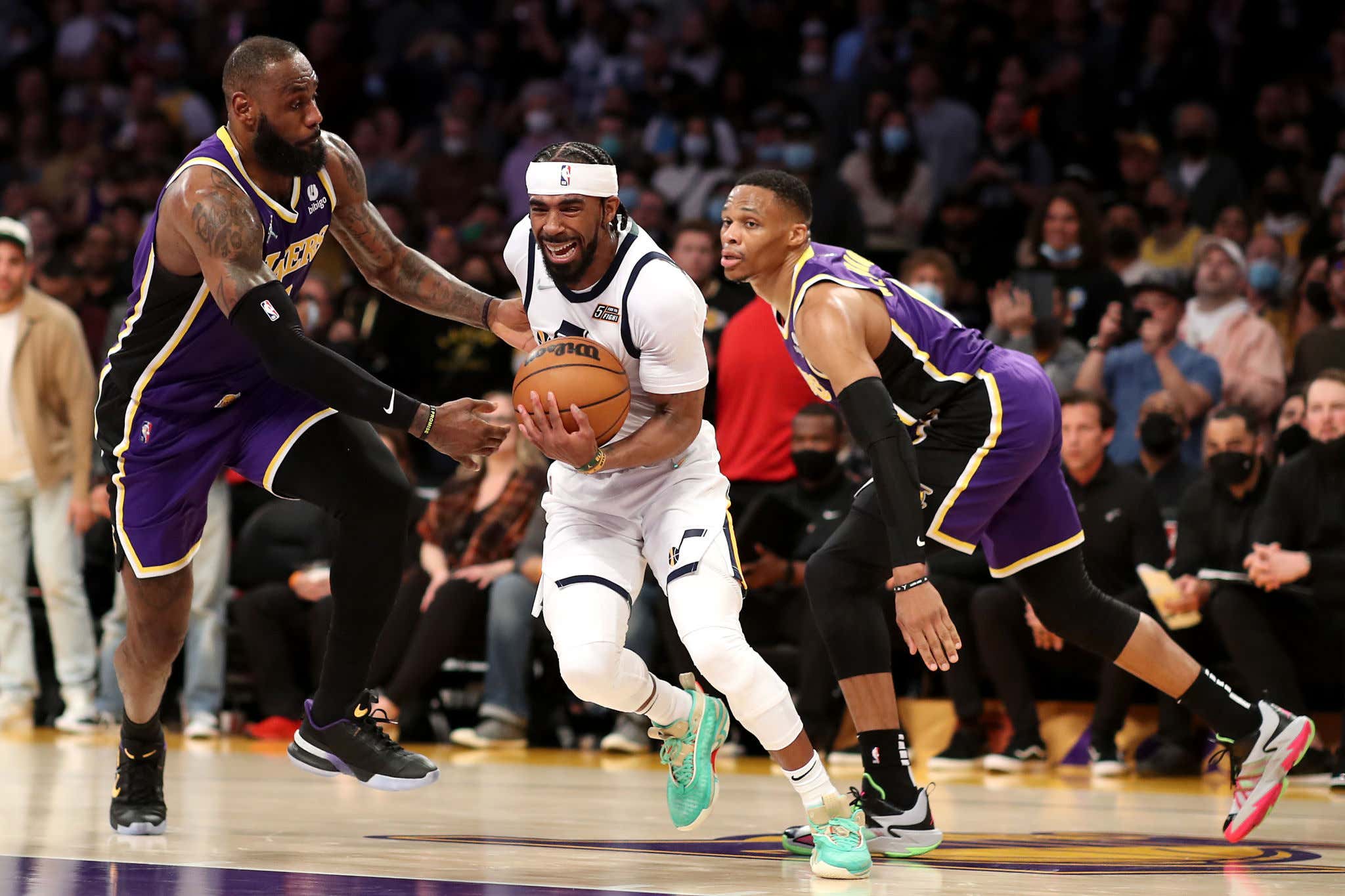 To the surprise of no one, the Lakers roster is a disaster. Every day we get another stat about how horrific their roster construction is and how terrible they are at shooting the basketball which last time I checked is an important skill to have in today's NBA.

From the looks of it though, it doesn't seem like it had to be this way

If that sounds a little crazy, Tony Jones of The Athletic who covers the Jazz already confirmed it

Now I know what you might be thinking, why would the Lakers want to add more old players when just last season they learned that building a roster with old guys sends you to the lottery? For starters, all of those players mentioned from the Jazz would be among the best players on this current Lakers roster. If you want to just look at the shooting aspect of this trade

OK, so Mike Conley is off to a slow start, but remember, Westbrook is currently shooting 28/8% from the floor. That's still an upgrade.

The interesting part of this offer was the fact that the Jazz were willing to give up a 2023 1st round pick. While I don't think it would have been their own, they do own the 2023 1st of HOU/BKN/PHI (whichever is least favorable) as well as the 2023 1st from MIN. Those could definitely have value come the summer.

Not only that, but guys like Bogdanovic, Gay, are expiring deals, and Conley has only a $14M partial guarantee for next season. Who knows, maybe someone like Bogdanovic likes playing next to LeBron and he stays. The point is, there really isn't a long term financial commitment the Lakers need to worry about here either. Not to mention the whole addition by subtraction thing by getting Westbrook out of the building. We know the Lakers don't care about trading for expiring players because they literally did it with Patrick Beverley who expires after this season.

Whenever this stuff comes out, you always have to think of who the leak benefits most. Part of me thinks this was a diabolical leak by Danny Ainge as a way to re-engage the trade negotiations with the Lakers around those two 1st round picks. I'm not sure if you've noticed, but they need to get rid of these vets that are helping them win. Maybe you swap Bogdanovic for Jordan Clarkson now that Bogy is a Piston. I don't think you can rule that out. Ainge leaks this, public pressure mounts, suddenly the Lakers are willing to play ball.

But also, what about LeBron and Klutch? Lord knows they don't want to take any responsibility for how this roster is constructed so what if this is Klutch putting it out there to make the team look bad? That hey, this isn't actually LeBron's fault, look at what they turned down! I think that is VERY likely.

From a Lakers roster standpoint, even in their older years all of those players would have drastically helped. You get consistent shooting to play off of LeBron/AD. You get a smart veteran pass first point guard to help run things who could also be someone you flip next summer given his contract status and that partial guarantee. You get a first round pick. Seems like a win/win for everyone involved right?

That's why I'm going with this being an intentional leak by Ainge in order to kick back up the trade conversations. Given how bad the Lakers start has been and how glaring their issues truly are, my guess is we're going to see something happen. This is just a step to getting there.