In a stunning turn of events, filmmaker James Gunn and producer Peter Safran have been tapped to lead DC’s film, TV and animation efforts as co-chairs and co-CEOs of DC Studios, a newly formed division at Warner Bros. that will replace DC Films.

The unprecedented move, in which a top director will assume a top executive post, marks the end of a months-long search by Warner Bros. Discovery CEO David Zaslav to replace DC Films boss Walter Hamada, who departed the studio last week. That search had all of Hollywood guessing and playing executive bingo for who will get one of the most coveted — and challenging — jobs in town.

It's no secret that the DCEU has been pretty disappointing so far. Without the success of Gunn's Suicide Squad, they are mostly in the gutter. 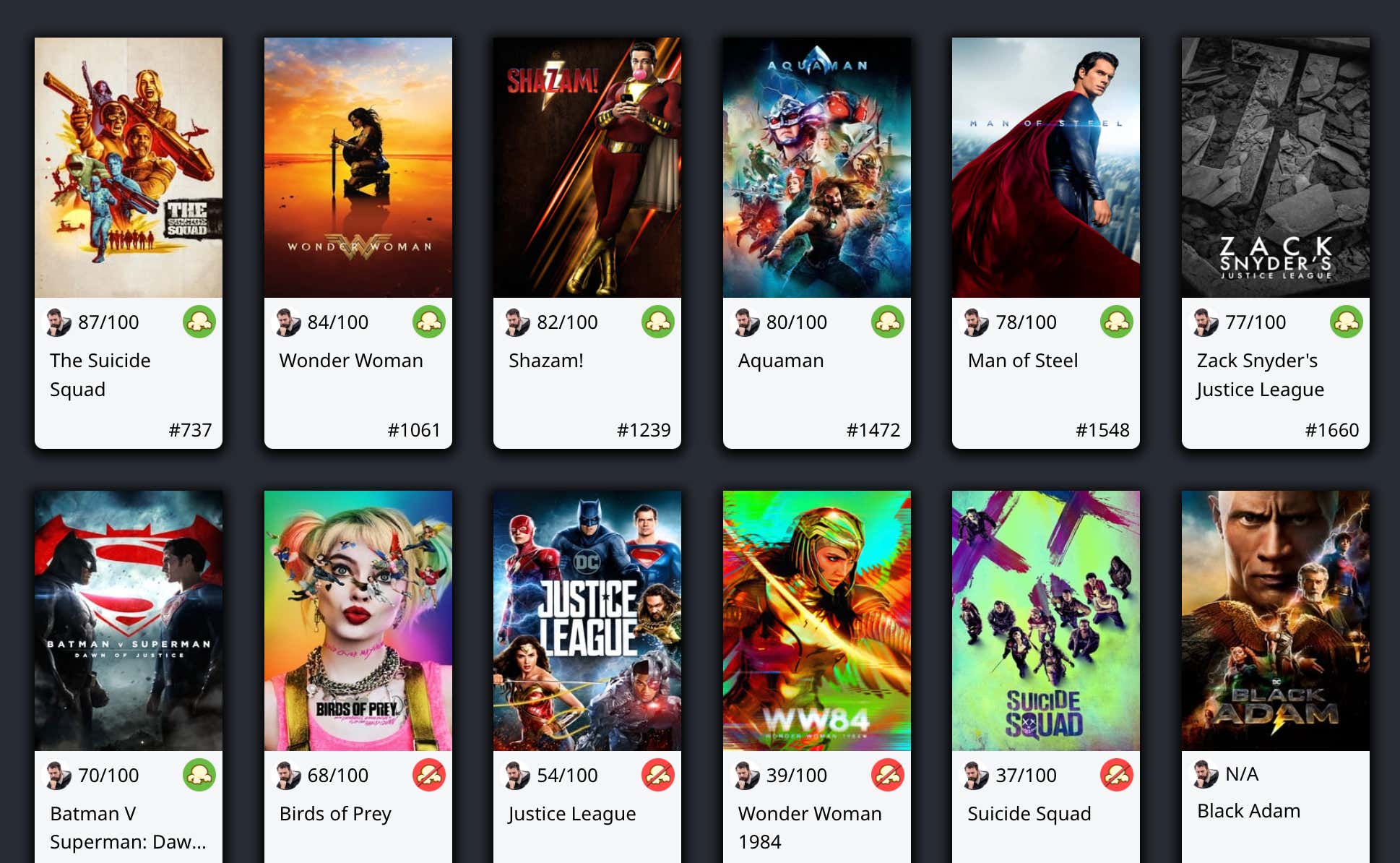 And when you really think about it, they had a MASSIVE leg up. The 2 most well-known superheroes in history are Superman and Batman. Wonder Woman and Aquaman aren't that far behind either. But for some reason, DC just hasn't been able to find an answer to the MCU.

If you ask me, they have 2 big issues that are plain to see.

1. They have had no plan whatsoever. One of the things that has made the MCU is meticulous planning and scheduling by the hat man Kevin Feige. It's allowed them to establish lead characters and map out phases and big villains while slowly introducing smaller ones along the way. DC hasn't had that. They blew their load trying to get a team-up movie too early before getting their universe going which leads to their second issue.

2. They bent to the pressure from the MCU and rushed their universe to compete with them. The MCU had planning, time and a well established identity. DC never gave themselves time to do that. Rushing their universe lead them to have a scatterbrained product with no connective tissue.

Letting James Gunn takeover is a MASSIVE win. Not only did he have a ton of success in Marvel, but he obviously made BY FAR the best DCEU movie AND the best superhero show on TV in Peacemaker. He knows how to write heroes, he has already established a clear identity with his movie and show, and he clearly knows how to handle superhero team-up movies. What's even better for DC is that the next Guardians movie was already going to be his last, so he can focus full efforts on this effort.

Without question, Gunn is going to have an uphill battle. He's gonna have to make some choices on where to reboot characters and who to bring along. He is also going to have to earn goodwill with fans, which he has already started with his two entries into the DCEU. I think he is the guy to make this work which is GREAT for movie fans. Instead of relying on the Marvel Monopoly with the occasional great side-DC project like Joker or The Batman, we can have a true battle of the titans between universes.