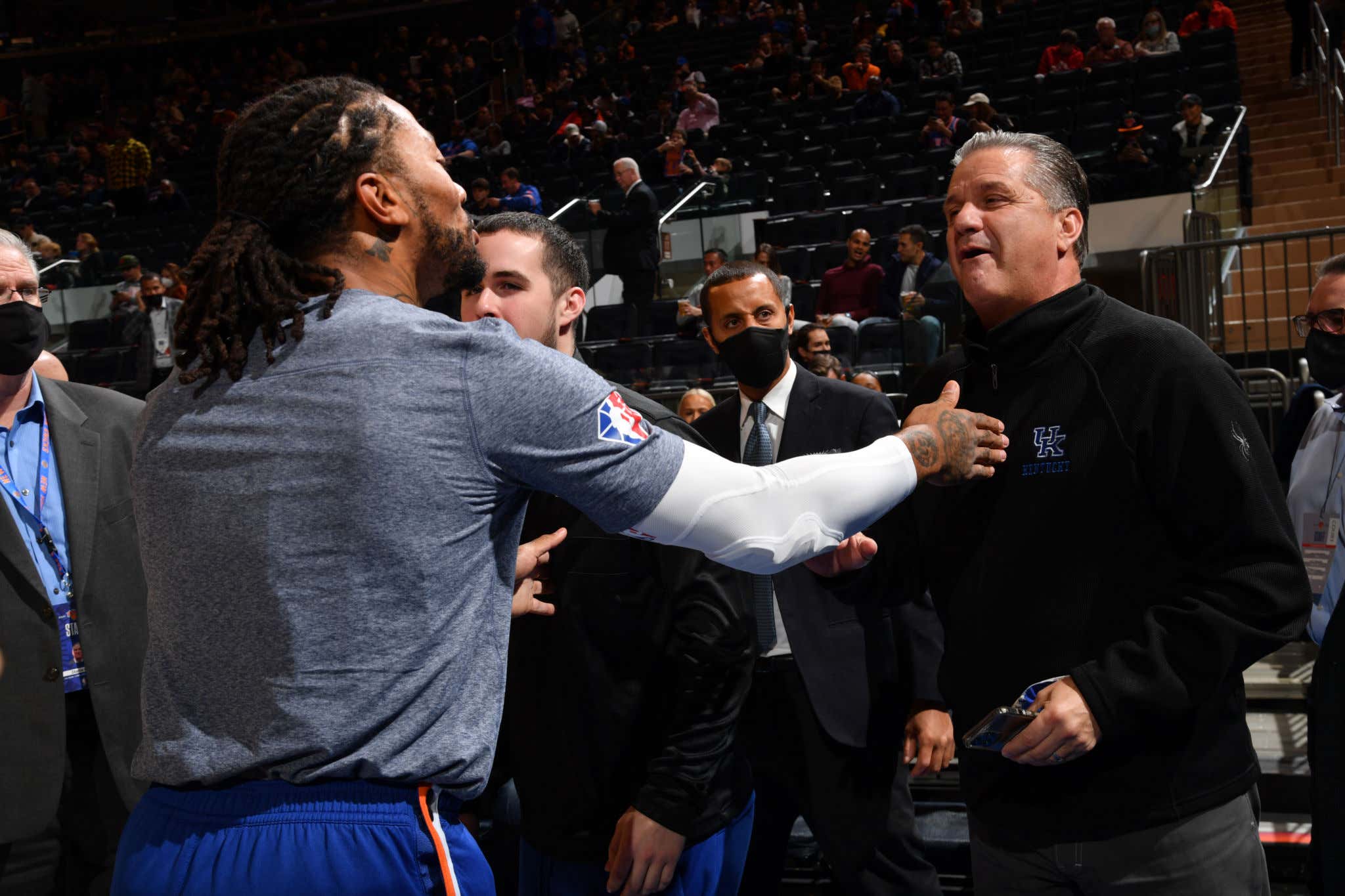 I don't know why I expected more here from Mush. You see, I know he doesn't like Kentucky. I know he tries to take a dig at Calipari when he can because that's what Yankees/Duke fans try to do. They try to talk like they still dominate. They try to talk like people are still scared of them. Luckily I know how to use google and remember college basketball.

Yeah, you see, this is old news. This isn't new or anything like that. Rose talked about how Cal was hard on him for, well, years. A decade even at this point. Luckily there are quotes out there that I can use that show the truth.

[Source] - Hamlin says Rose thinks of Calipari, who was in Chicago to screen the film last week, a bit differently these days. "He ended up sticking with it," Hamlin said, "and now Cal's his best friend."

Hmm. That doesn't sound like a guy who was ready to leave. Clearly this has to be a quote that was manipulated in some fashion.

[Source] - Long before Derrick Rose joined the Detroit Pistons, Kentucky head coach John Calipari helped mold Rose into the player he is today.  Calipari coached Rose at the University of Memphis in 2008 with the goal of guiding the Chicago native to become a top NBA draft pick all through tough love that led to a friendship for life.

“To this day he’ll still say, ’Coach, I love you,’” Calipari said in Rose’s documentary on Stadium.  “Wait a minute, you played for me one year.  He’ll see me, we’ll talk, he’ll hug me and say, ‘Coach, I love you.’  C’mon, it just shows that he’s deeper than all of this.”

Calipari played an integral part in Rose becoming the No. 1 pick, hence all the appreciation (4:09) that Rose still shows to this day.  Through it all, Calipari knows Rose is still that humble Chicago kid that walked onto campus in Memphis back in 2008 with the dream of making it to the NBA.

Hmm, that sure sounds like coaching to me. That sounds like a guy who is grateful to play for Calipari and had to adjust to being coached at the collegiate level in order to be the No. 1 pick.

Again, I'm not surprised by Marty's fraud blog, I just expected more. I expected some sort of logical take besides 'Cal is bad, K catches more heat and he shouldn't.' I don't even blame Marty for blogging. They always preach blog security is job security, which is precisely why me and Mintzy both signed new 3-year deals the last couple weeks. Two top bloggers. I'm just here to set the record straight now.

So sure there was a quote where Derrick Rose talked about how tough it was to play for Cal to start. But that's the point. It was the start. Oddly enough the rest of the story is in this new technology called Google.