Well folks, Season 1 of House of the Dragon is officially donezo and it sounds like we aren't going to get Season 2 until 2024. So we have nothing left to do on this slow ass Tuesday than embrace debate about who the MVP of Season 1 was. As always, all odds are fictionally listed on the Barstool Sportsbook.

I wanted to start the blog off with a long shot since just listing the best characters seemed weird, so let me just say fuuuuuuuck you Criston Cole for throwing away being a rich sidepiece for the rest of your life to instead be the biggest cunt in Westeros (I'm allowed to say that since we are talking Thrones and that cunt Criston Cole said it).

Onto characters worth a damn…

I don't know anything about this kid other than he is awesome. If you could only submit one scene for MVP candidacy, this kid could steal the award. Unfortunately that's not the case but I hope to see him in the near future as a grown up bad mamma jamma.

Pound for pound, the baddest bitch in all the land. If the people in Westeros weren't such dicks, Queen Rhaenys would've been the best ruler they ever had. Not because she was the rightful heir to the throne, which she was. But because she has shown the type of grace and justice that any of the best kings or queens had not to mentions has the look of majesty about her.

Plus let's be honest, this was one of the coldest scenes in the entire show.

We talked about how we wished Rhaenys cooked Alicent and her entire family alive. However, I've been told by book readers that doing that would've been completely ruined her family's name in everyone's eyes. Jaime Lannister was mocked with the nickname The King Slayer for saving the realm from a mad king. Rhaenys turning the king and his entire family into flaming mallows for a s'more would've been much worse for her and everyone named Velaryon.

I've said it before and I'll say it again. House Velaryon is the 90s Seattle Supersonics. They looked cool, they acted cool, and rooting for them is cool. But could never win it all (Rhaenys is Gary Payton and Corlys is Shawn Kemp in this analogy).

Speaking of cool as hell, Aemond was the hot shot rookie that got called up later in the season and could've won the MVP if the season lasted another couple of months. He has the look, the sword skills, and the dragon to make major noise in Season 2 not to mention he was spitting bars as a kid.

I know Aemond technically didn't want this to happen but he was partially responsible for the biggest Oh Shit moment of the finale.

Along with the incredibly relatable feeling when you know you fucked up big time and your mom is gonna be pisssssssed.

Aemond may not have had the screen time as the Velaryons, but he is likely the one that officially exploded the powder keg of the war known as The Dance of The Dragons, with poor Luke being Franz Ferdinand. I cannot WAIT to see what Aemond has in store for us next season and look forward to hating him while also kinda loving him the entire time for being such a motherfucker.

I love Larys Strong because he plays such a massive role in this show despite limited screen time, but I don't think I can make him an MVP favorite. That being said, burning family members alive to gain members with the queen then making said queen take her socks off so you can crack stick to them is some true diabolical Thrones shit worthy of at least being mentioned in the MVP race.

Not to mention monologues so good, it feels like Littlefinger ghost wrote them.

There is definitely some sort of Thrones analytics nerd that can make the case for Larys to win MVP like he's an elite closer in baseball.

I'd love to give Alicent and Otto their own entries, but I honestly don't know who deserves more credit. Otto is the one that pimped his daughter to a brokenhearted king that just lost his wife and child during birth. However, Alicent was the one that brought that little figure to Viserys, landed in his bed as his decrepit body went to work on her, and popped out the next king of Westeros. Trying to figure out who deserves the credit for turning the Hightowers into royalty truly is a Belichick or Brady situation when the answer is probably All Of The Above, which makes it hard to give one the MVP.

I don't know if George R.R. Martin did it on purpose, was being lazy, or just pure coincidence. But Daemon and Aemond being the same name but with the D moved is perfect because they are just like each other right down to being a huge dick.

As someone that rode on #TeamDaemon through the good, the bad, and the multiple times he watched his wives die, I know that it was not a smooth ride. However, he did take down The Crab Feeder, who was admittedly more name than substance.

He also dropped an Oh Shit moment of his own along with an A++++ line afterwards.

WITH permission from his wife no less!

Also I know it's not his fault, but Daemon loses points for having a lame ass dragon.

Yeah I threw the metaphor HBO jammed directly into our eyeballs here to make a case for the RIGHTFUL heir to the Iron Throne. But that's because she deserves it after giving birth multiple times then immediately handling important business without taking even a minute break and acted like her father in taking the high road whenever she could when dealing with her step mother's family.

I could wax poetic about Rhaenyra but this blog is running long so I'll just say she is such a great character, I learned how to spell her name without looking it up by the third episode, which is about as high a compliment as my dumb ass can give someone. So instead take almost everything nice I saw about Rhaenys and put it here since it probably fits then watch this Rhaenyra highlight reel.

Also this look tells me she is going to burn more green in Season 2 than Snoop Dogg has done his entire life.

I think we have to give the trophy to the man that wore the crown almost the entire season simply because he lived longer than any of us thought he would and as Todd McShay once infamously said during the Barstool Combine, the best ability is availability. By not dying despite losing multiple body parts each episode, Vizzy kept the realm together and as peaceful as we will probably see it for years, no matter how much his family pissed him off and caused him to react like this.

Not only that, but his old ass even answered the bell and made an appearance when he knew it was necessary despite pretty much every organ on his body failing.

I can't believe I'm saying this, but I gotta give him bonus points for not marrying a child even if it was the "right thing to do". 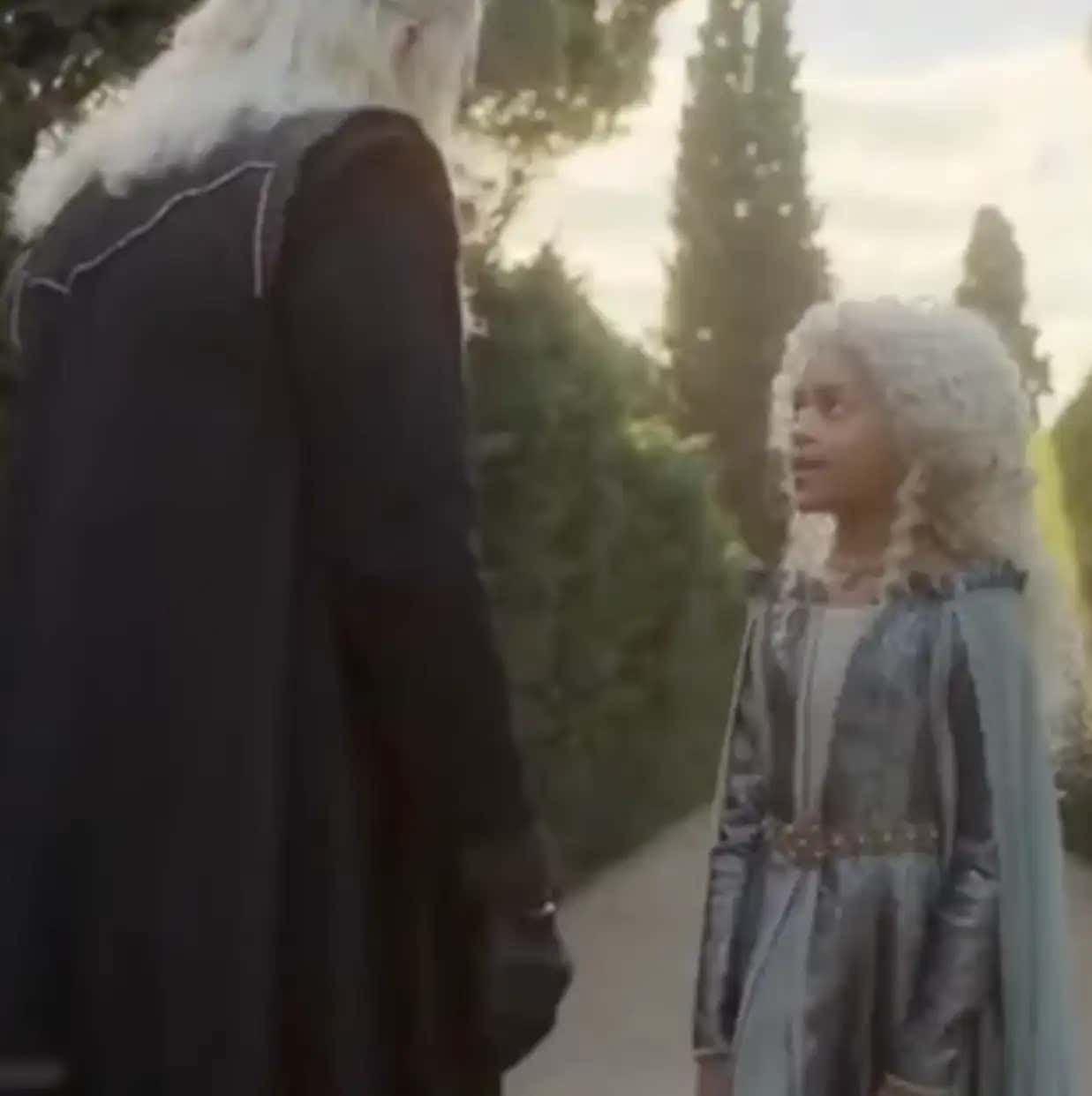 Oh yeah and Paddy Considine apparently crushed the role better than even George R.R. Martin could write it.

Yup, that's all I needed to see. Paddy The Baddy is your MVP! Long may he reign (JK, his character is dead).

The Extras That Spent 12 Hours 69'ing During That Brothel Scene

For more about all things Season 1 from House of the Dragon, check out this week's Game of Stools on YouTube, Apple Podcast, or Spotify.