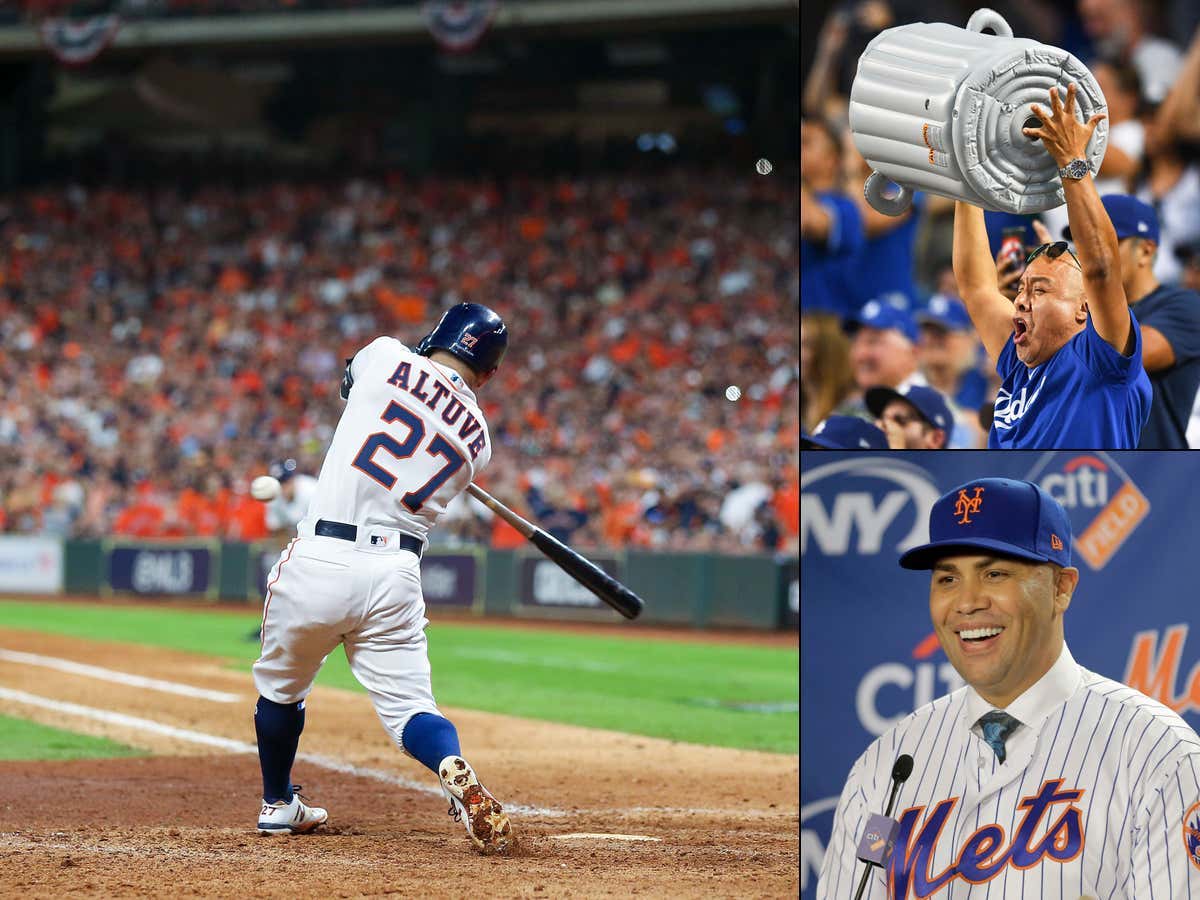 Let's start with a poll:

Tired story, no doubt. But so is waxing Houston's proverbial shaft & balls to completion. They're as dominant as any organization I can remember so really all I'm looking for is a simple heat check. Do you guys still see these Astros as cheaters?

We can assume many instant reactions remain unchanged:

But I'm not here for those opinions. I'm more interested in anyone that's willing and capable of considering two competing thoughts.

If you're one of those, do you still see the Astros as cheaters?

But I also say they're suspiciously good.

You (a smart person, hopefully) point out their seemingly endless pipeline of All Star caliber players.

I counter with a pitching staff that routinely features at least 5 separate "career years" any given season. Foreign substances? Domestic?

But then common sense takes over. Relative to the rest of the league - how can anyone say the Astros are still cheating?

Simple answer is you can't.

Deeper thoughts that aren't really that deep = MLB didn't lay the hammer because they couldn't. Plain and simple. This league is too stubborn has way too much ego. MLB would have killed the Astros if the circumstances allowed. But they didn't and that's because the cost was too high. So they get the maximum penalty MLB could offer without jeopardizing the bigger picture.

The extremely predictable backlash? A World Series Champion branded as a cheater. The Dodger and Yankee fanbase weaponized for eternity. The MLB being a public laughing stock throughout the process while the commissioner gets dragged and quartered.

Think about all the negatives at play here and then consider the alternative.

How scared was MLB to willingly make these concessions?

Enough for me to interpret greater competitive balance than one club banging on a trash can suggests.

And now seasons and playoffs and years later, the Astros are still dominating the American League in all facets. Infield play. Two-out hitting. Everything.

Anyone still carrying allegations and conspiracies at this point just needs to accept reality. And if it makes you feel any better, I'm jealous of the Astros too.

BONUS - I know a lot of people love the show Cheaters. I was looking for an opportunity to feature Joey Greco in this blog but couldn't do it thoughtfully. So here you guys go. This one's for the diehards